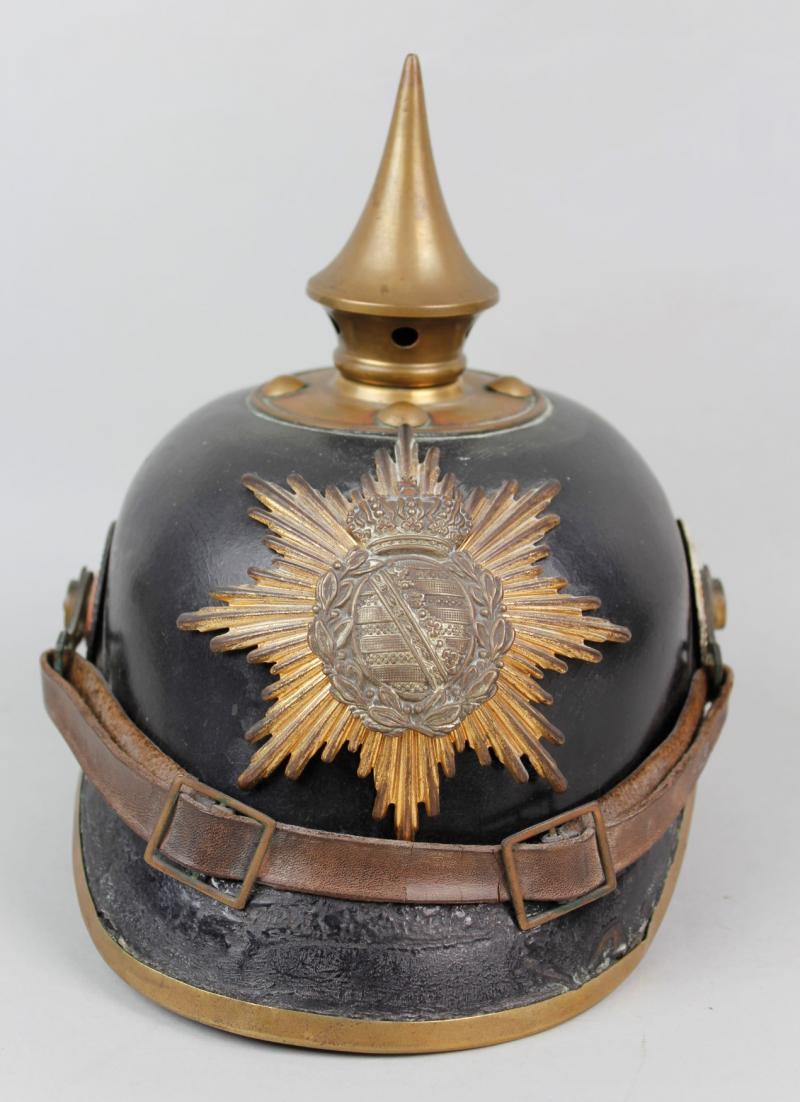 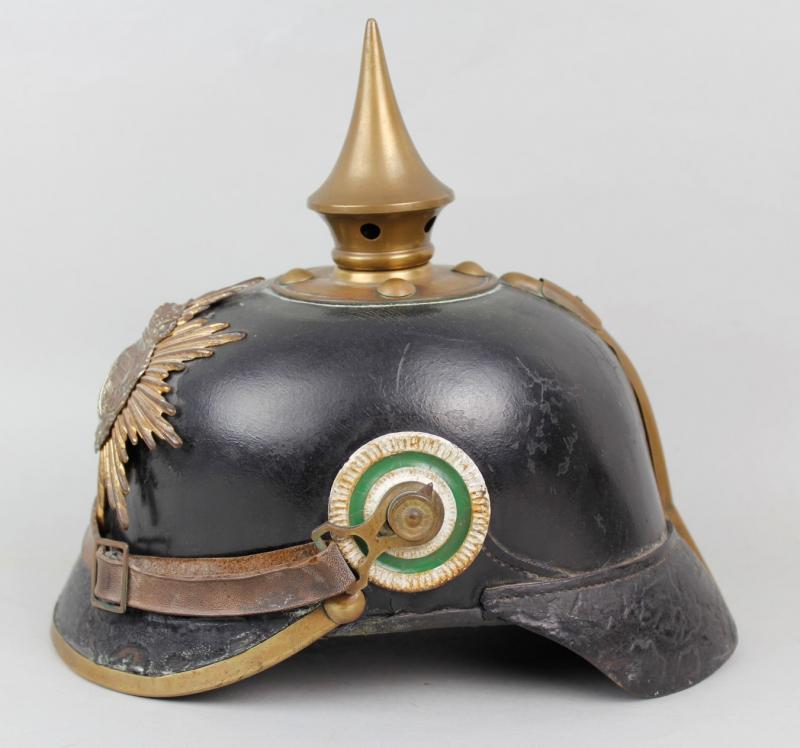 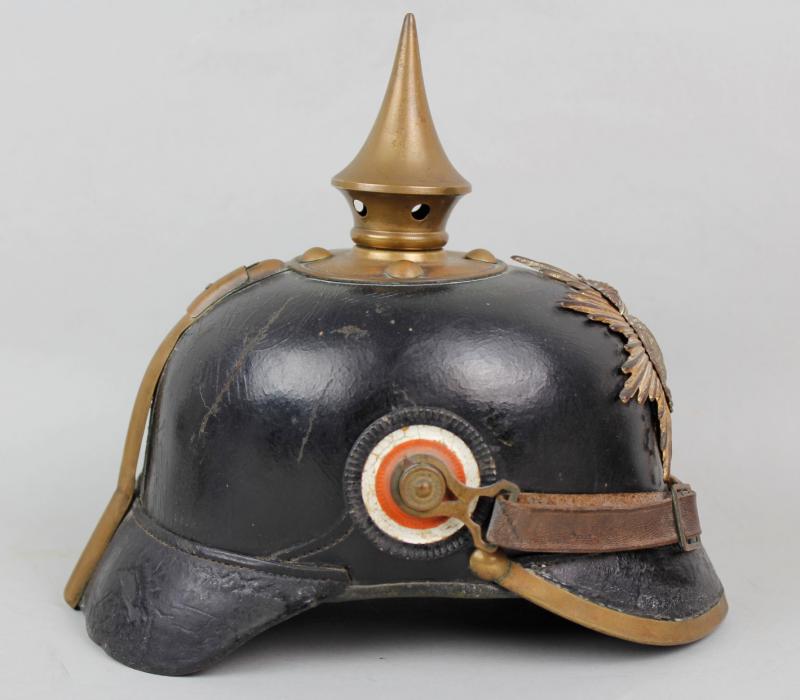 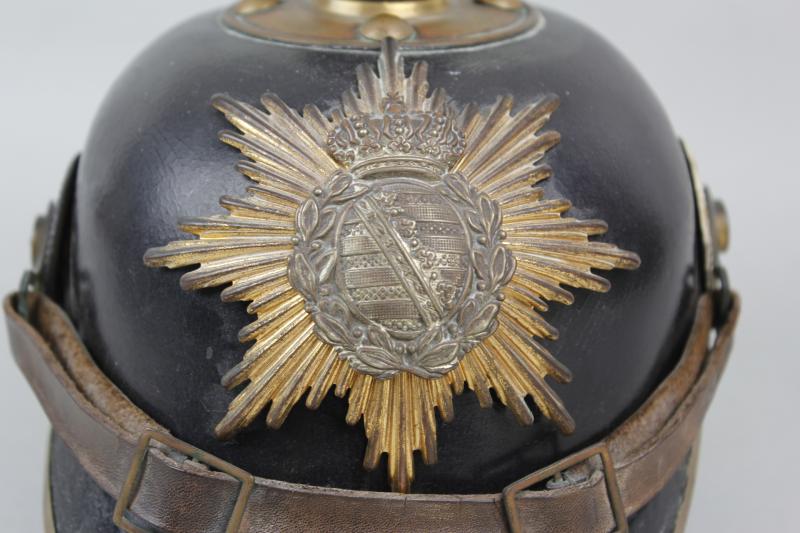 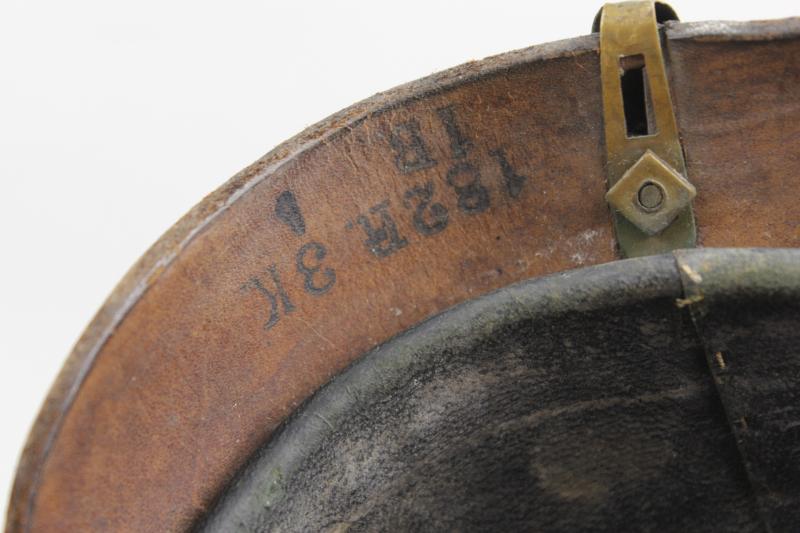 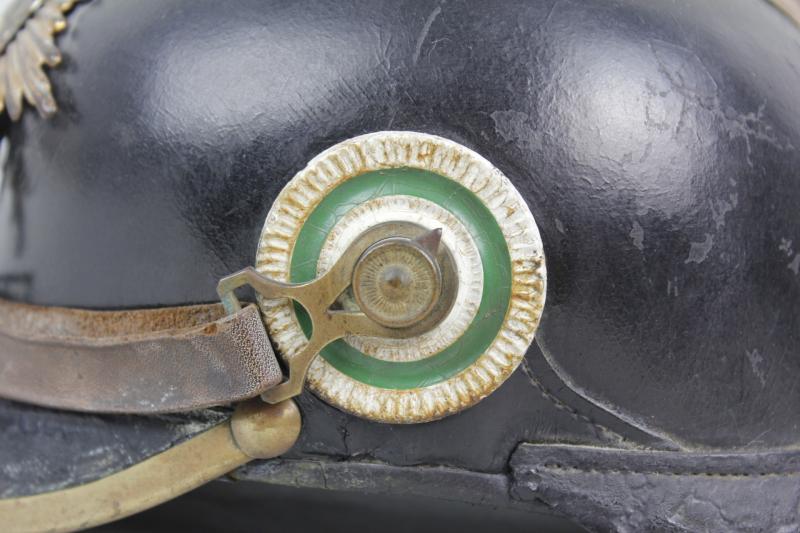 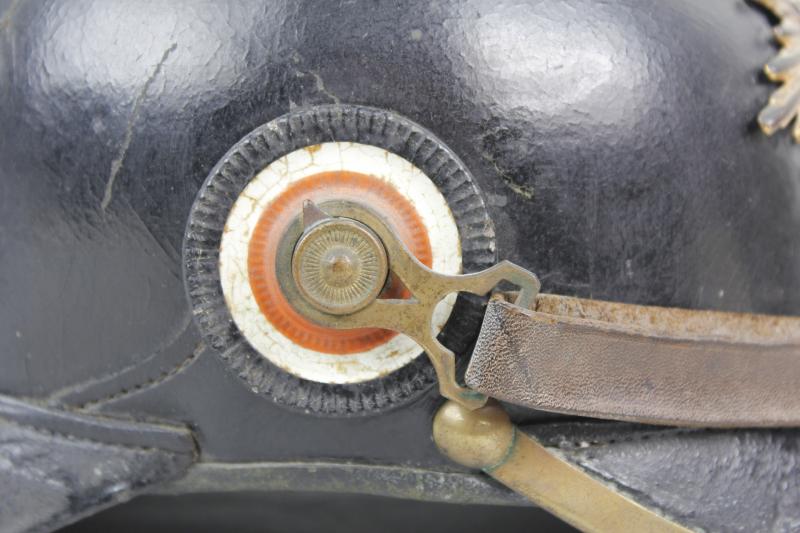 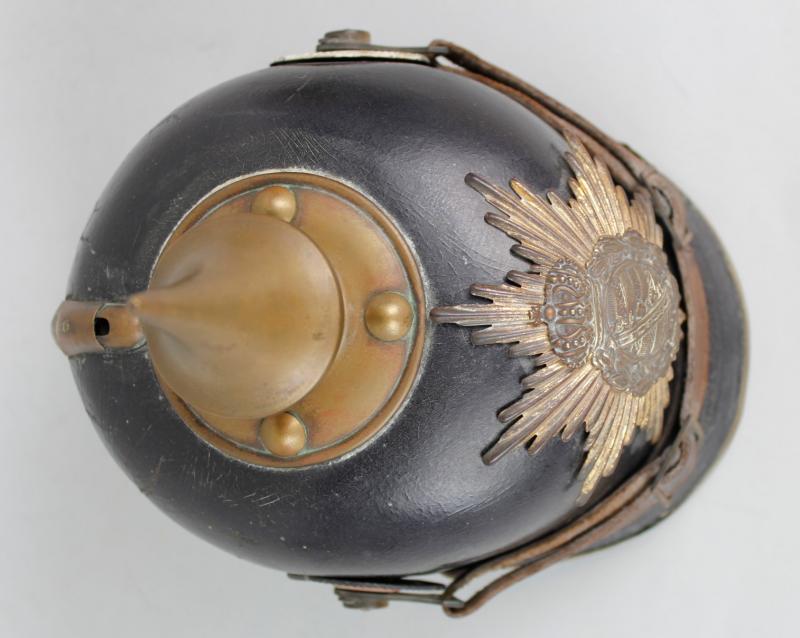 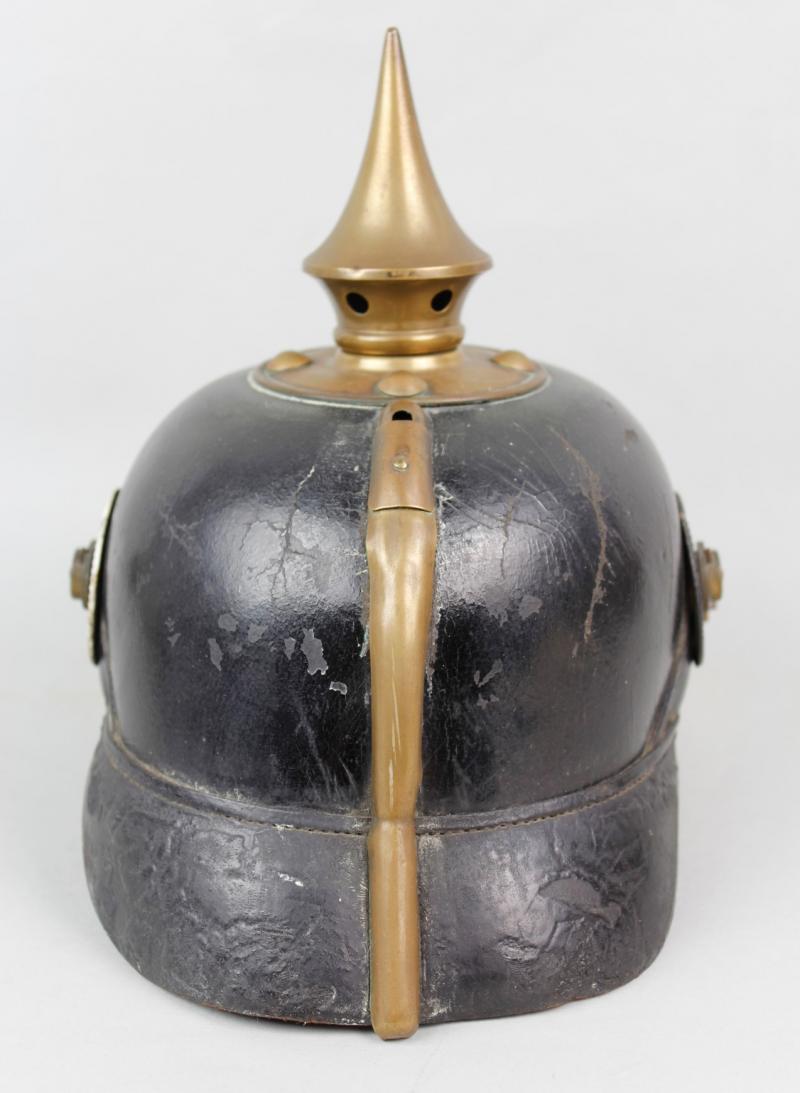 A timecapsule piece in every sense of the expression this Saxon pickelhaube has markings to the rear peak of the 182nd Infantry Regiment who fought at the Western Front notably at the Battles of the Marne & the Somme.
Of prewar M1895 construction with black leather body & brass fittings the cockades are totally correct for this piece & have likely never been off. The surface cracking to the paintwork of both the national & state cockades evidence their age. The brass buckled brown leather chinstrap has survived well with both of its brass mounts intact. Front plate has a very nice natural age patina to it with a good proportion of its gilding remaining at its low points. One of its leather wedges remains to hold the plate lugs in position. Interior black leather lining is intact with one small tear to one edge . It is quite stuff so I have made no attempt to inspect the underside for markings. Rear peak has the ink markings ' 182R 3K ' for 3rd Company , 182nd regiment ' .
With natural age to this prewar piece there is typical crazing to the shellac with some chips & scuffs to the surface from trench wear.

The 182nd Infantry Regiment ( 16th Royal Saxon ) was formed on October 1st 1912 & was therefore the last of the Imperial German infantry regiments formed before the outbreak of the First World War . In 1914 they were based in Freiburg as part of the XIX Army Corps . During the First World War they served on the Western Front most notably at the Battles of the Marne & the Somme .