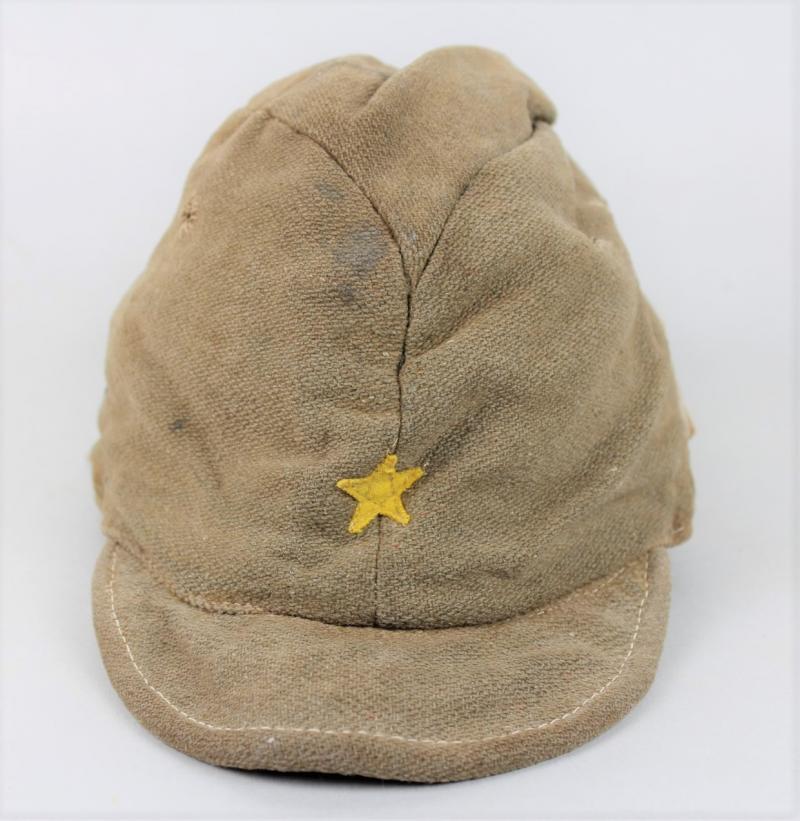 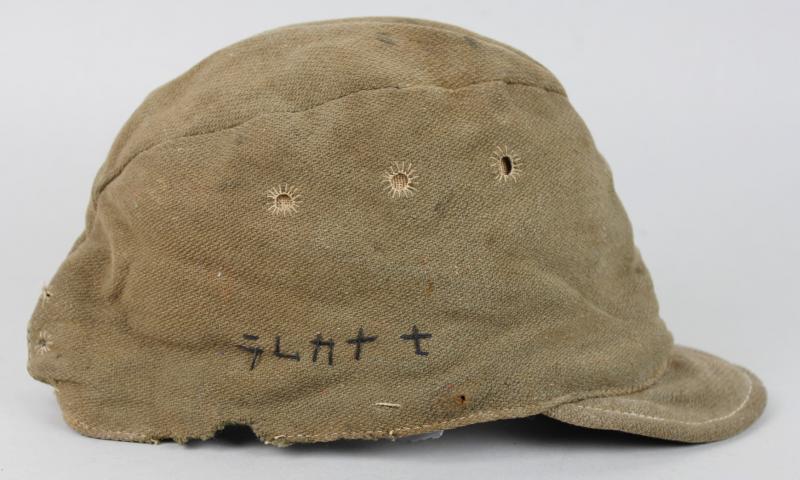 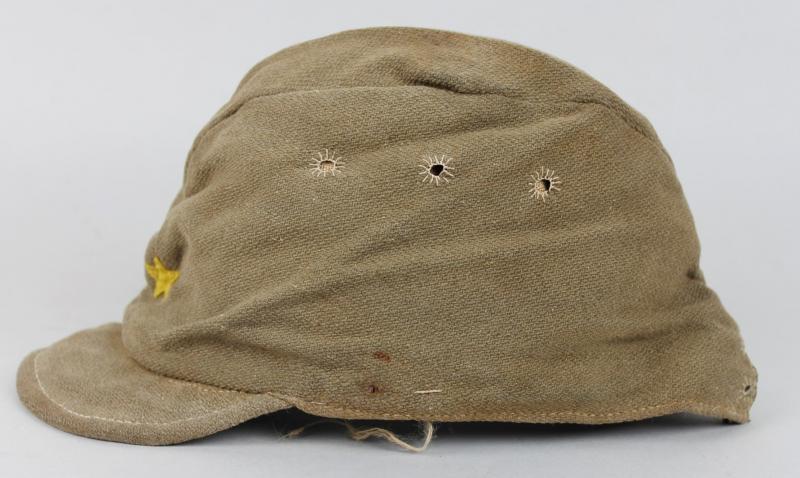 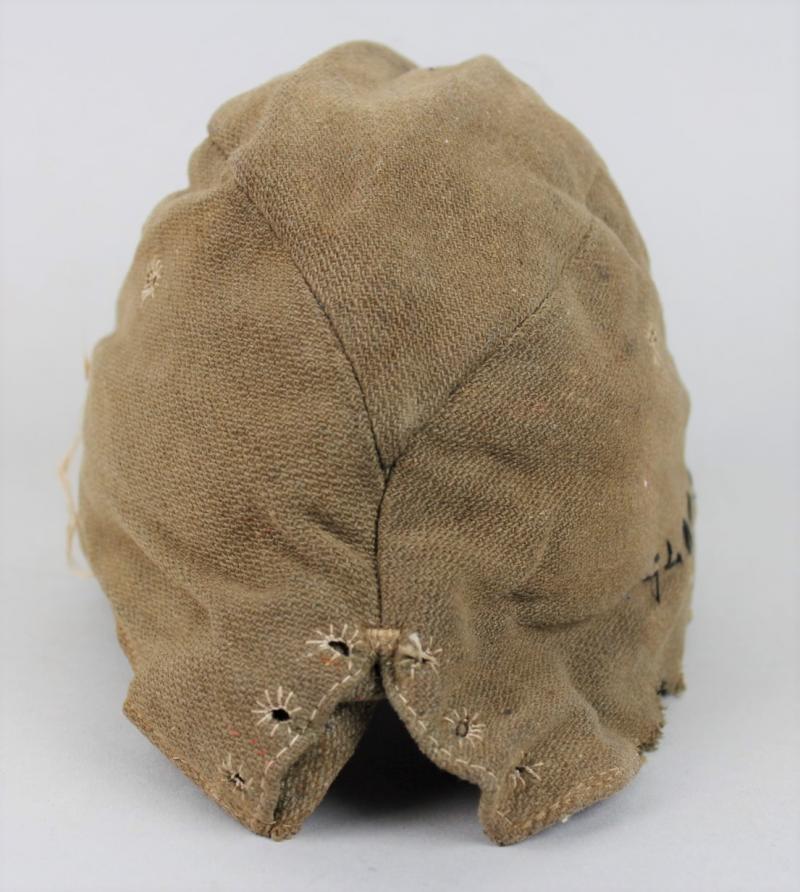 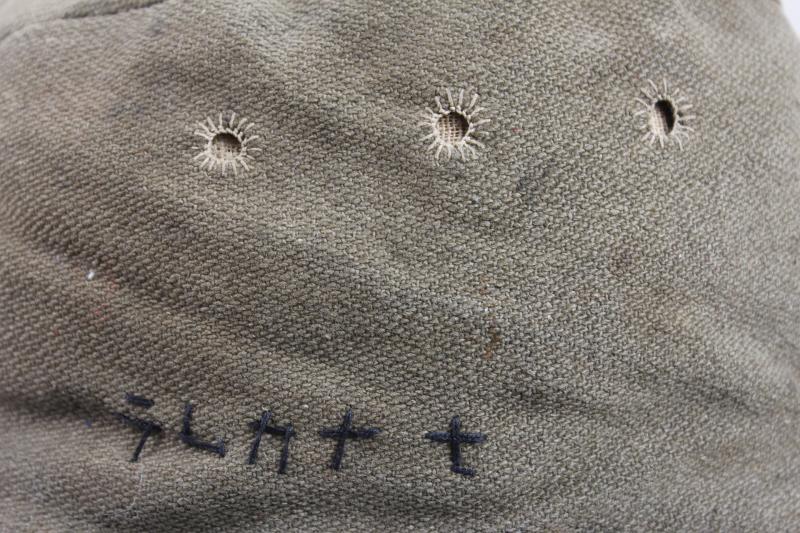 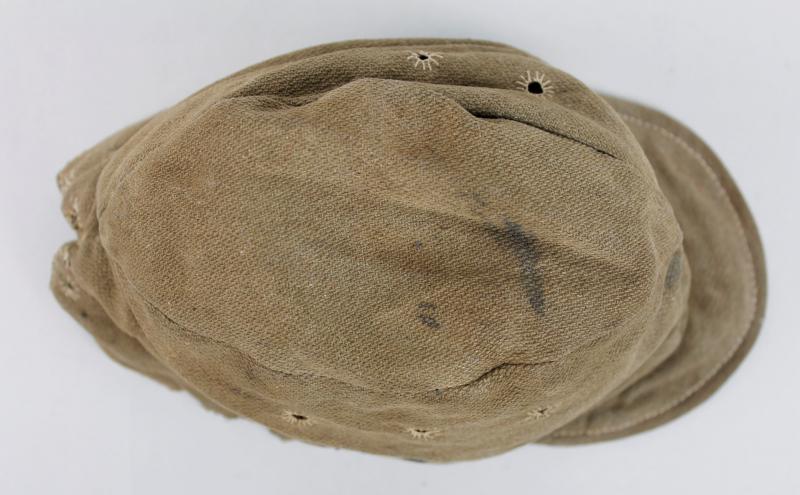 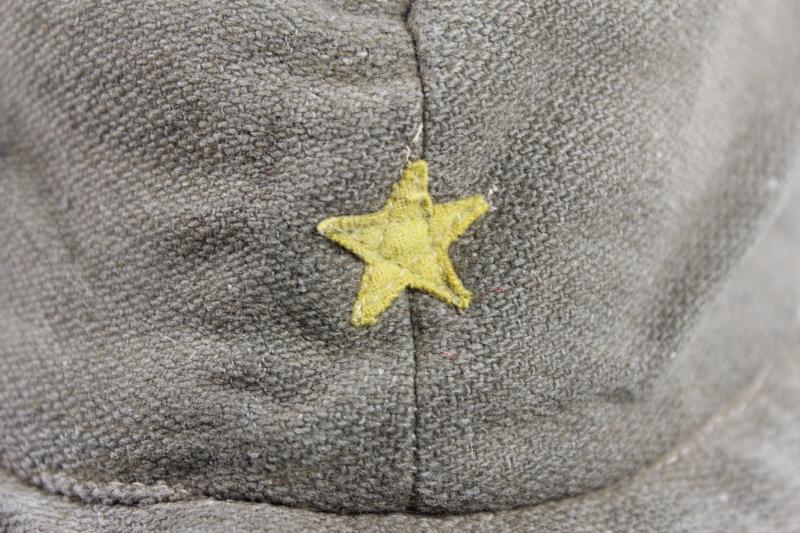 A correct Japanese Army combat field cap originally being a bringback from WW2 & having been in private collector hands until now.
It is actually very difficult to find a true Army issue Japanese combat cap many offered today being similar but incorrect derivatives. All of the features such as a multi construction leather sweatband & insignia sewn direct to the cap are indicators of late war manufacture . The cap has been personalised by the addition of charactors having been sewn into one side of the cap , the entirety of this piece exudes field wear & a true veteran of the jungle fighting.
Offered completely as seen & as found .