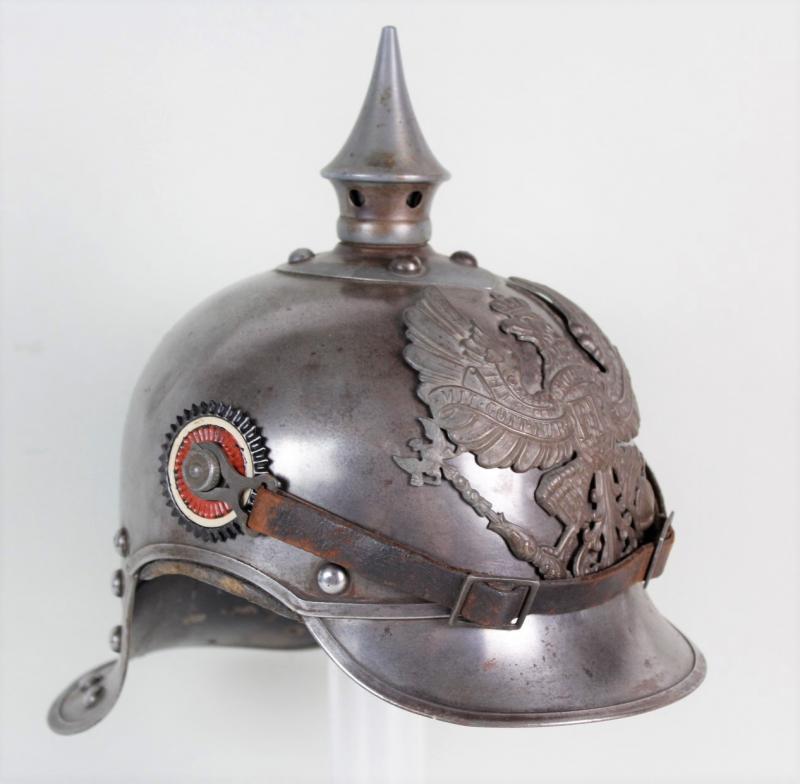 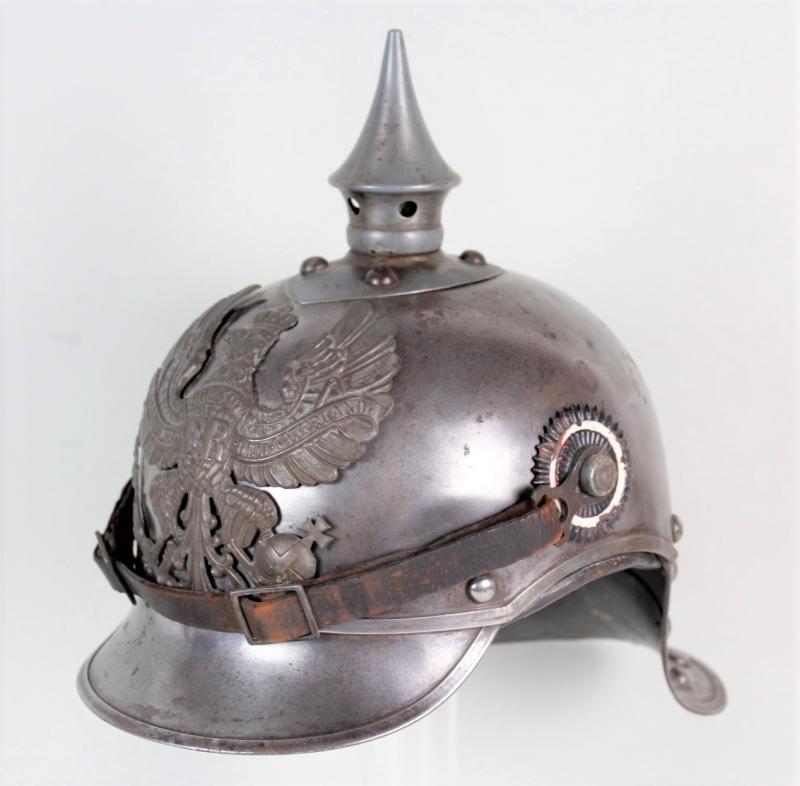 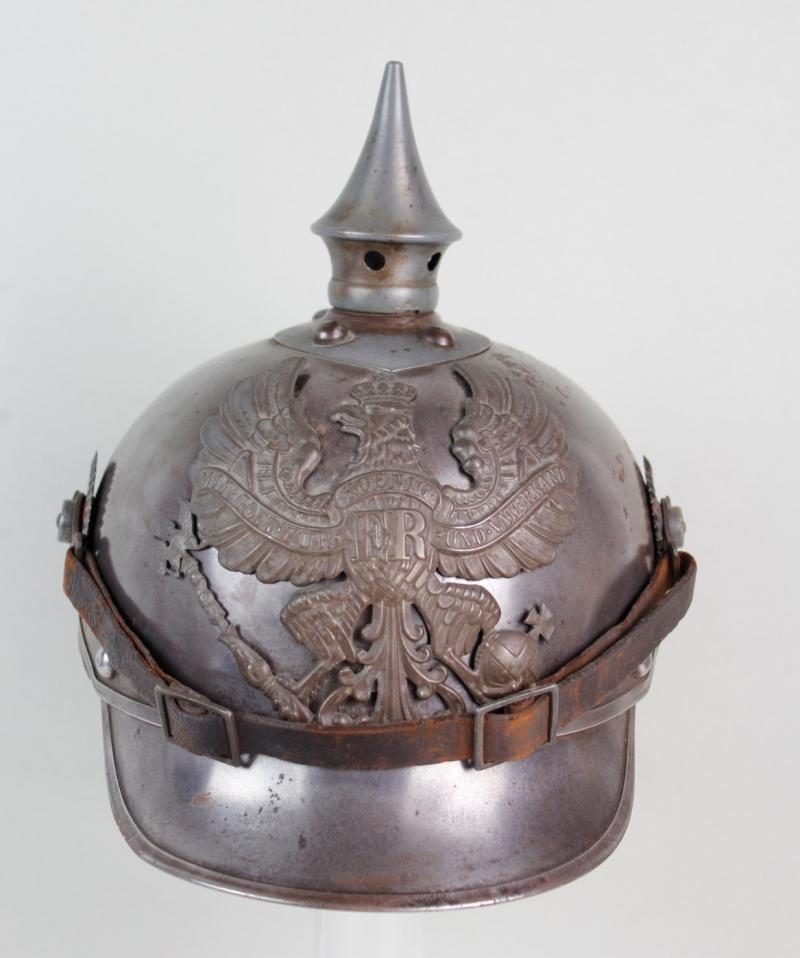 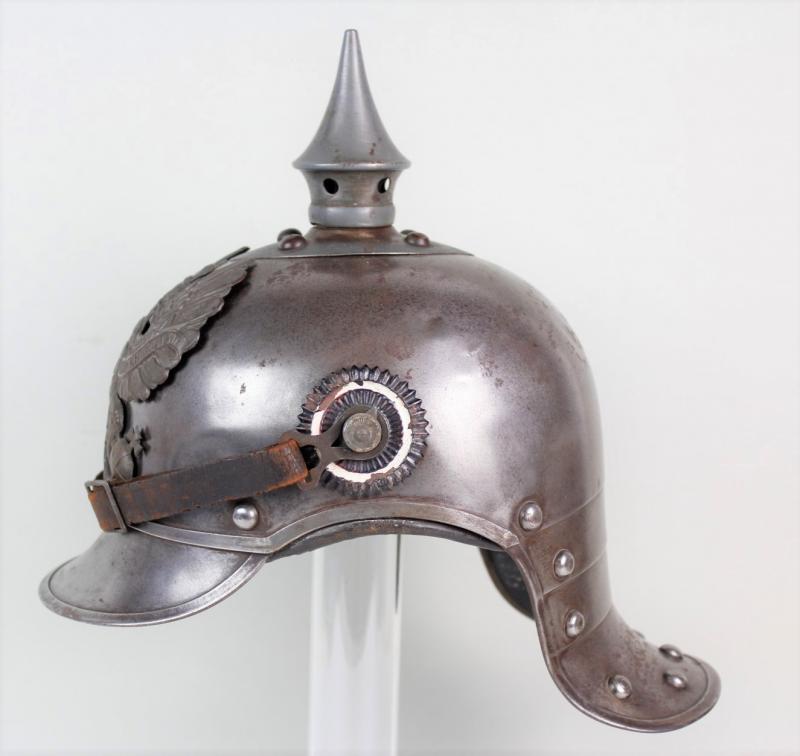 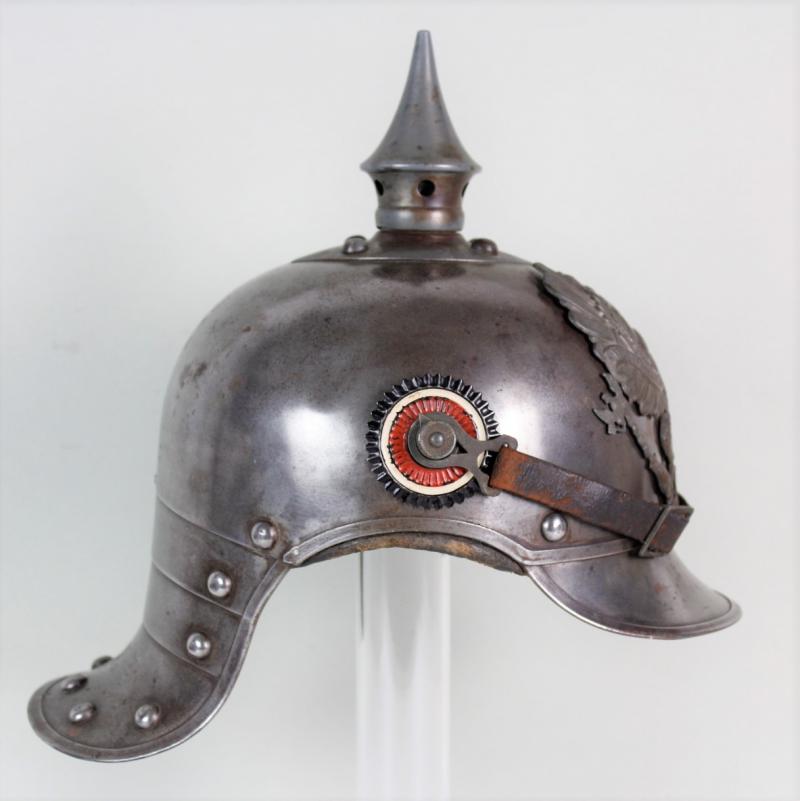 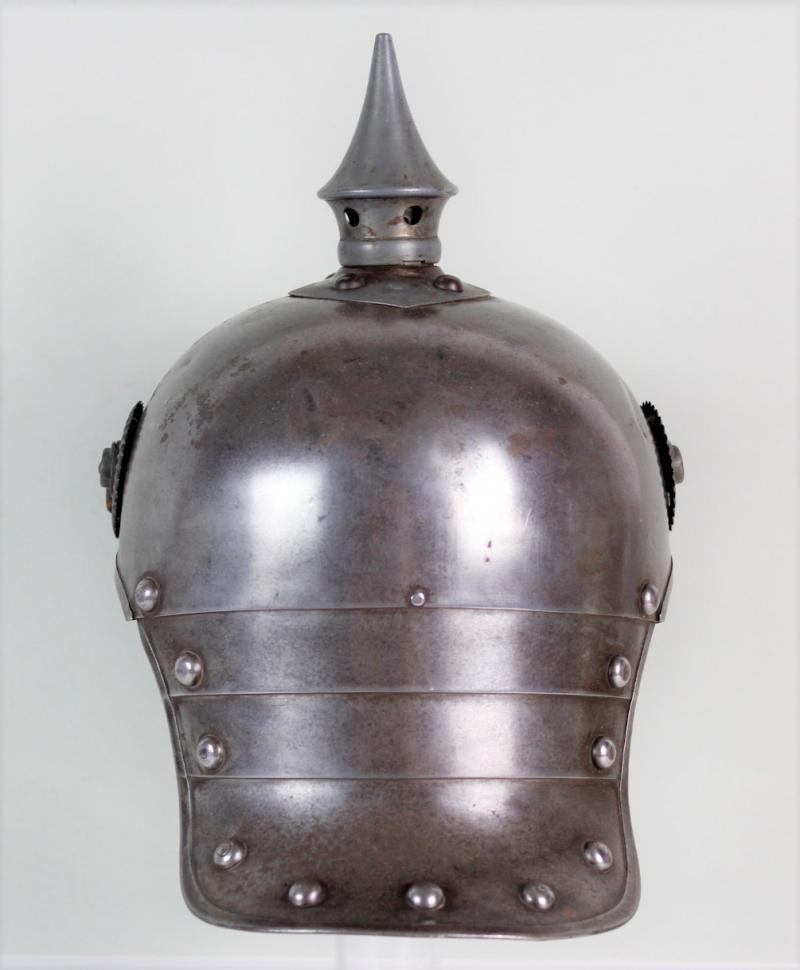 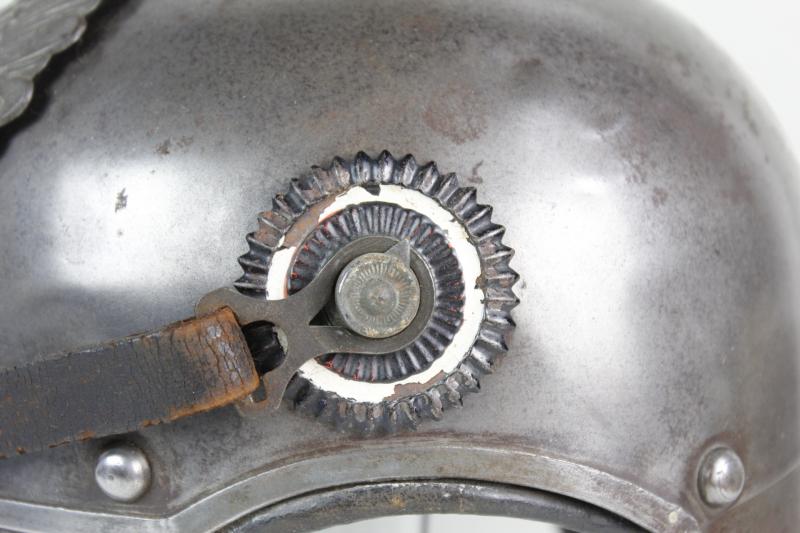 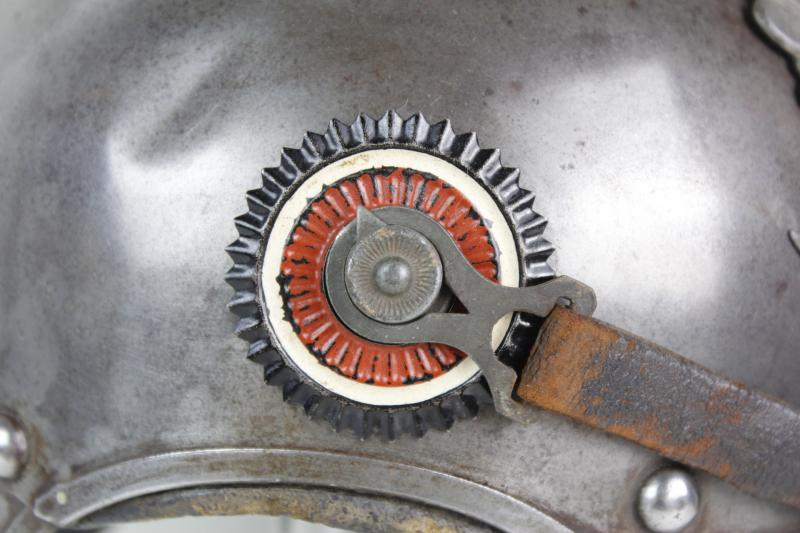 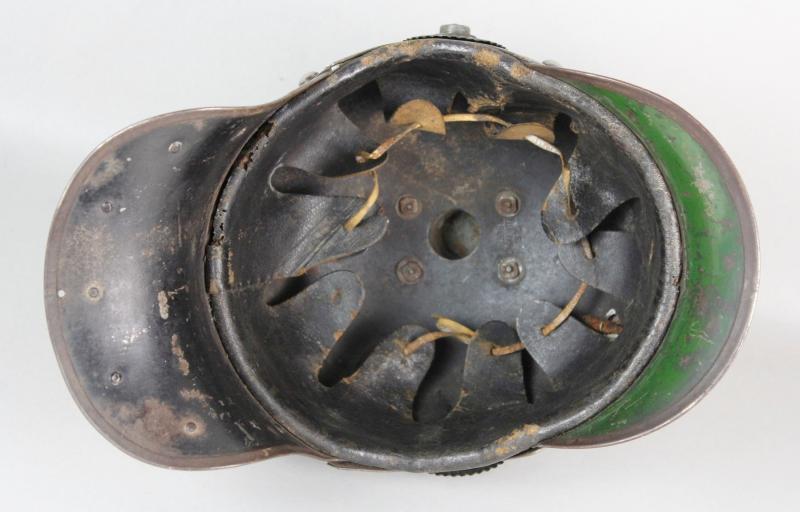 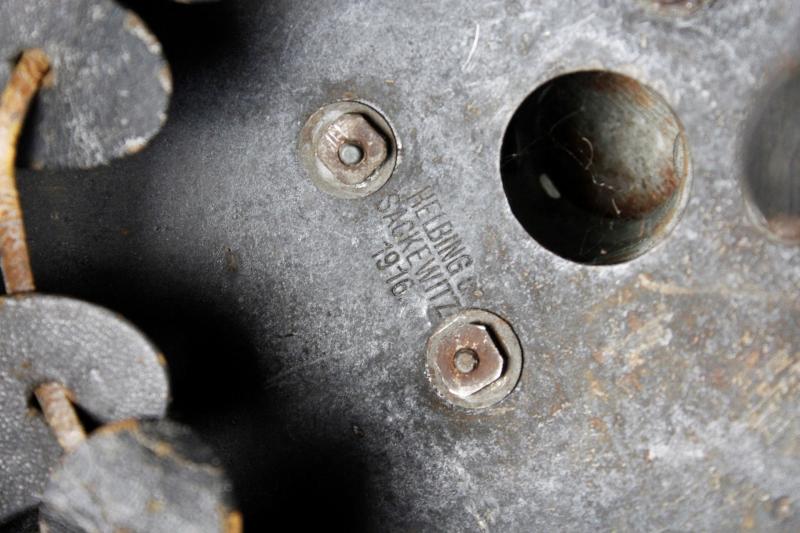 One of the most impressive helmets of Imperial Germany this is the rare M15 model Cuirassiers 'lobster tail' helmet .
The Cuirassiers of Imperial Germany were historically heavy cavalry troops however after their initial effectiveness in the early months of WW1 they became more useful in a reconnaissance role as the static trench warfare on all fronts set in. After 1916 many of the horses were destined to pull Artillery equipment & the men sent to fight in the trenches as were those of other traditional cavalry roles.
This helmet was made in 1916 & , as here , had a removeable spike which was not to be worn in action. Helmet body is of subdued polished steel with only the fittings being grey painted as was standard with this model. The leather chinstrap on its '94 posts replaced the previous parade like chinscaled versions this yet another modification of the old traditional style. Prussian front plate is the correct model for this helmet having the chest feathers interlocking & crossing at 45 degrees . This differs from the line infantry plate on which the feathers just sit downwards. Both cockades are the standard size in line with those worn on the pickelhaube . These replaced the slightly larger prewar versions. Interior of helmet is black painted with a green underside to front peak . The maker name & date ' Helbing , Sackewitz 1916 ' is clearly stamped to the crown.
A superb piece with a couple of non detracting minor indentations from service wear only noticeable upon close inspection.