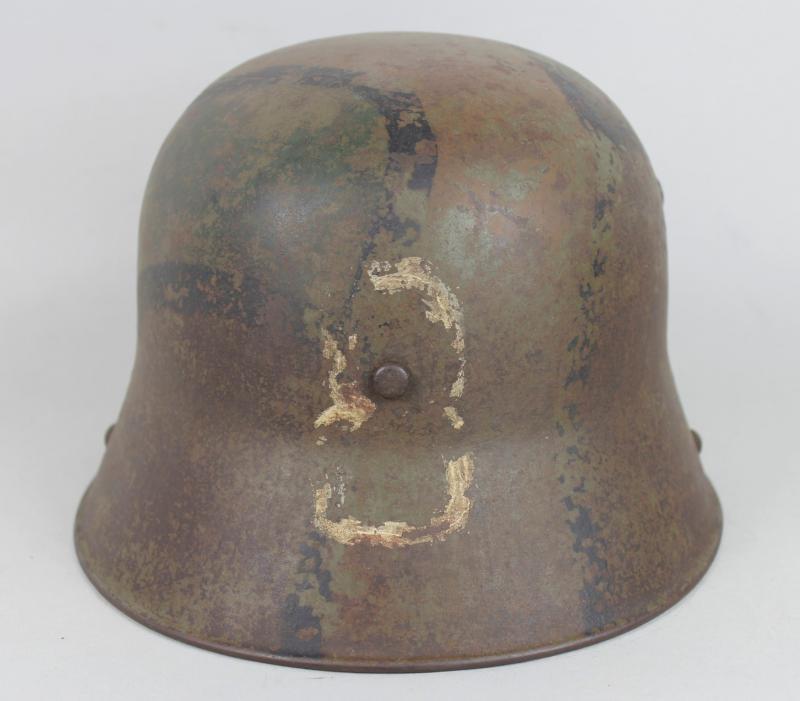 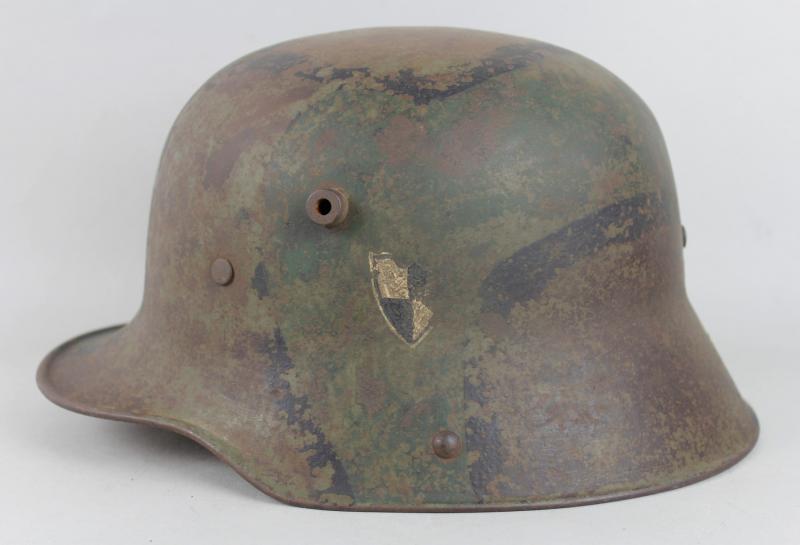 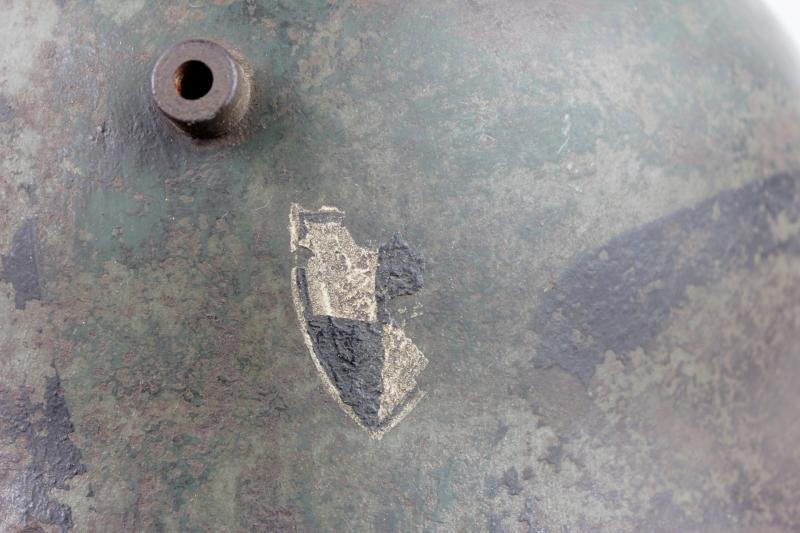 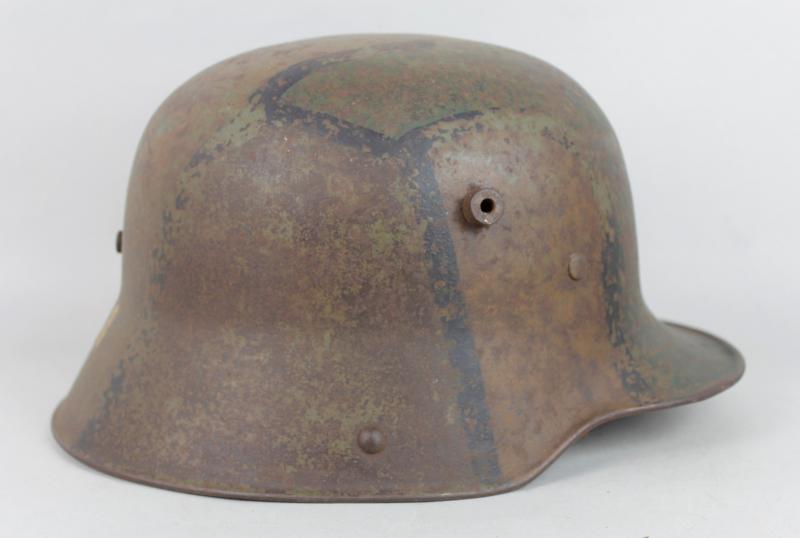 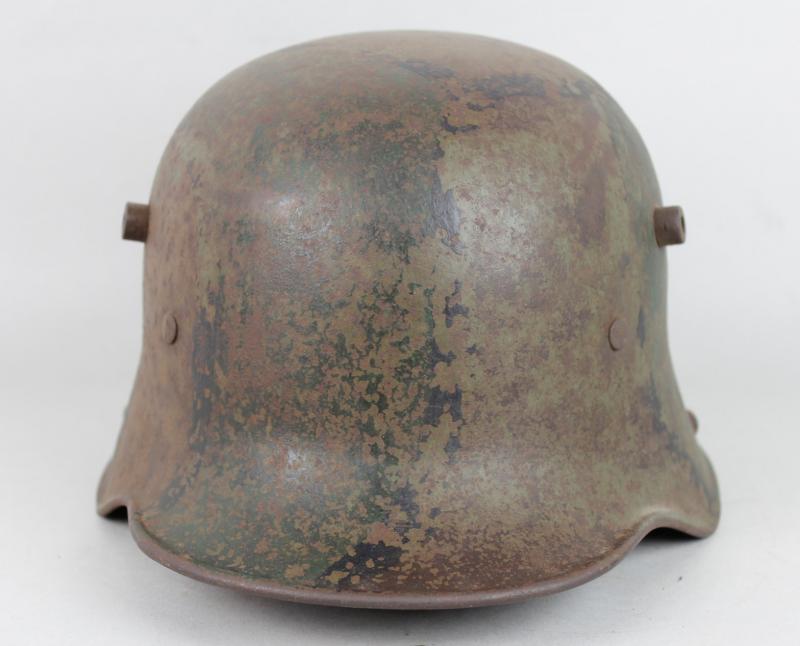 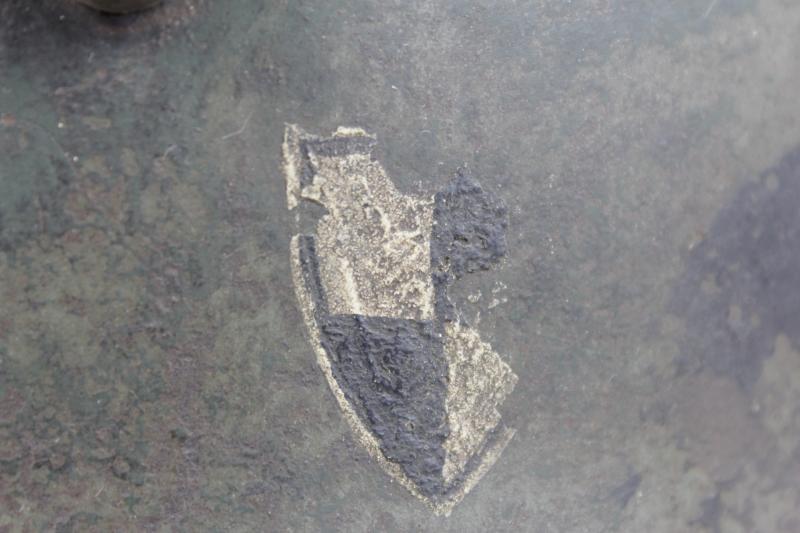 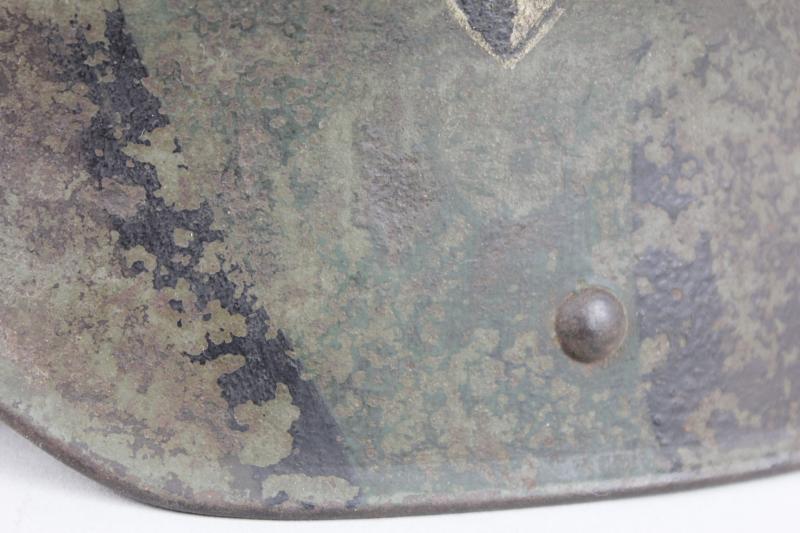 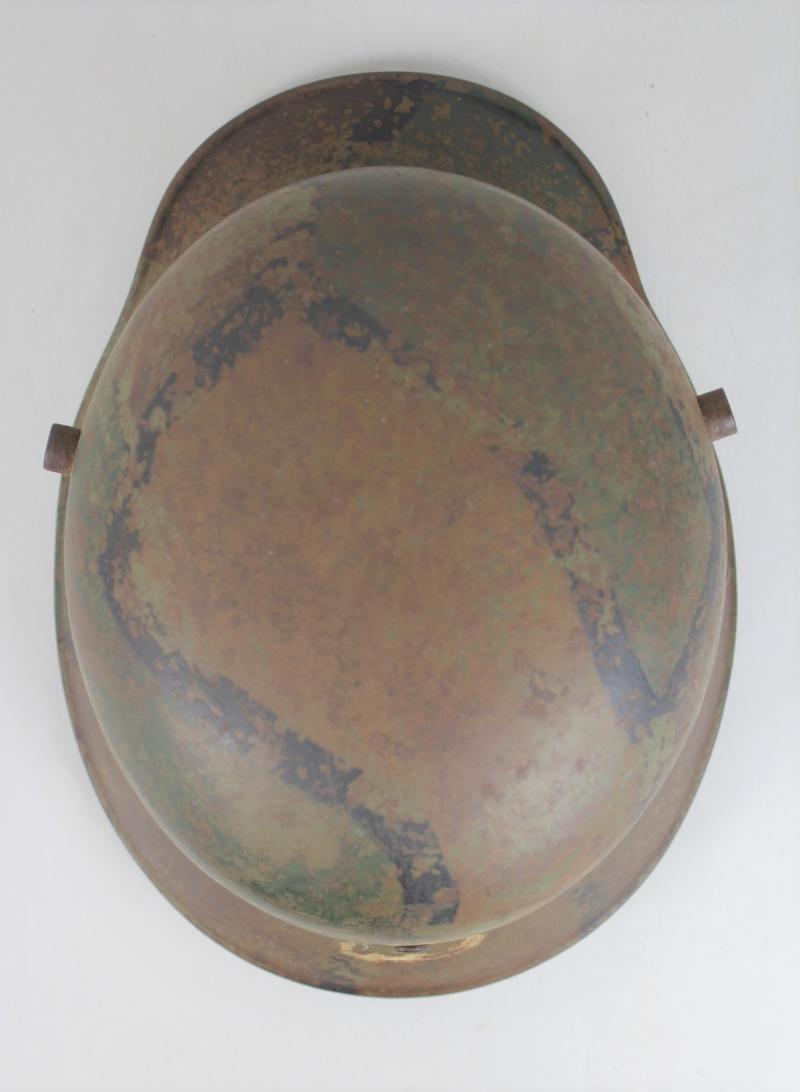 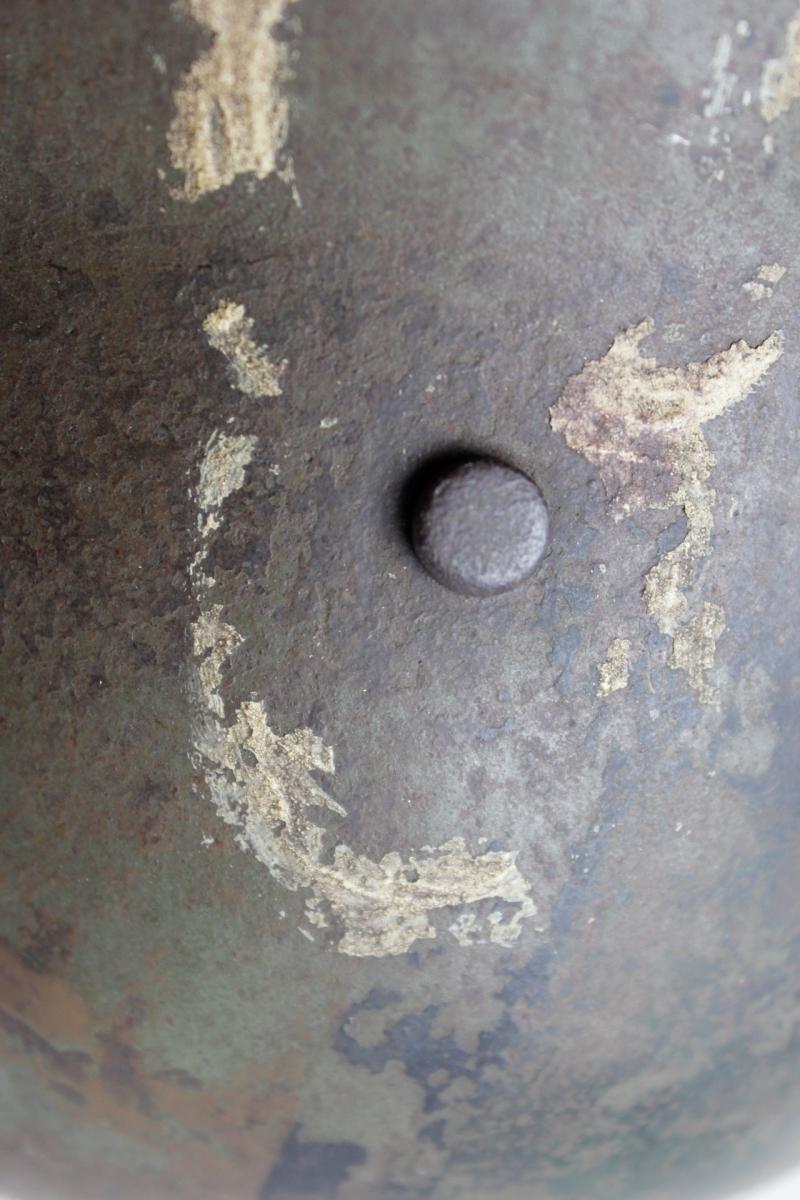 A rare WW1 camouflage helmet of Imperial Germany with black & white Hohenzollern insignia to left side of the 1st Foot Guards Regiment ( Gardekorps ).
Generally speaking , German troops of WW1 did not have insignia on their helmets however photographs do exist of these troops & also those of the 1st Signals battalion wearing the Hohenzollern crest on the left side. This piece has the partial remains of this insignia with the remains of a very typically segmented ochre, green & brown camouflage scheme divided by thick black border lines. To the rear of the helmet are the remains of what appears to be the number 8 . Helmet has the maker mark & size of 'Si66' for 'Silesia' with M17 liner band totally undisturbed. Both of its original chinstrap buckles are still affixed to each lug. Still tied to each is a very old piece of string on which this helmet was hung for many years. A helmet that at one time has suffered the effects of outside storage there is rust bleed visible on the outside of the helmet penetrating its paint layers with rust to the interior which I have not disturbed.
A very rare helmet which has been in the hands of European private collector for many years until now.