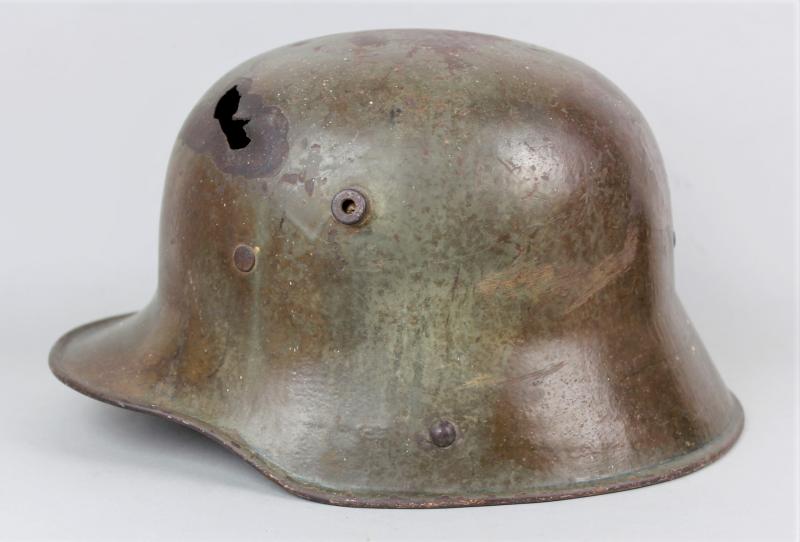 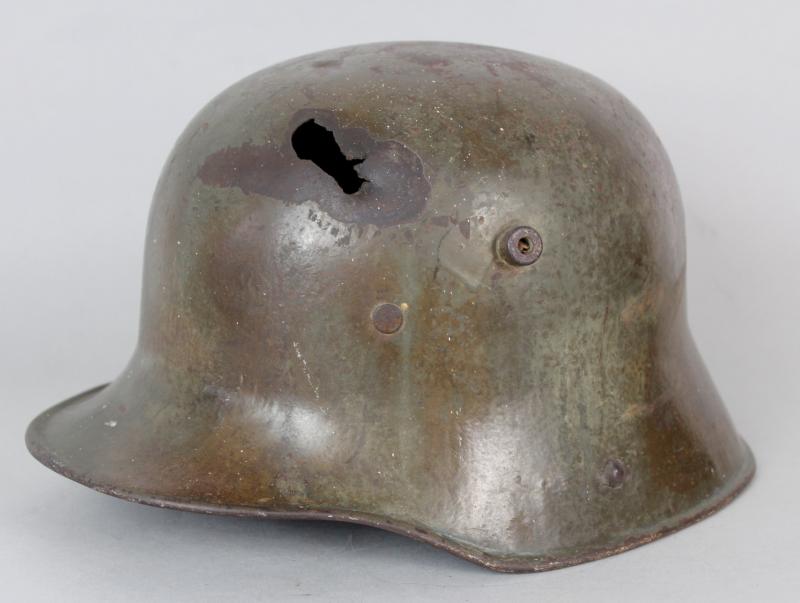 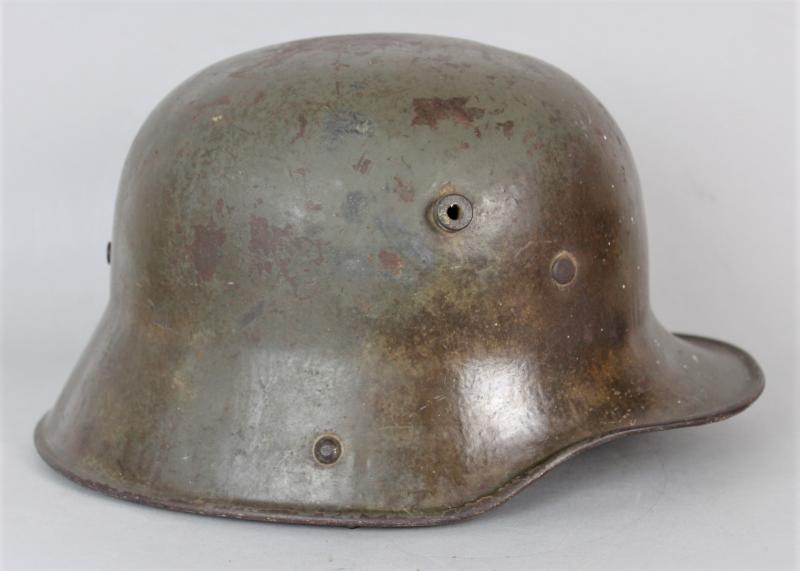 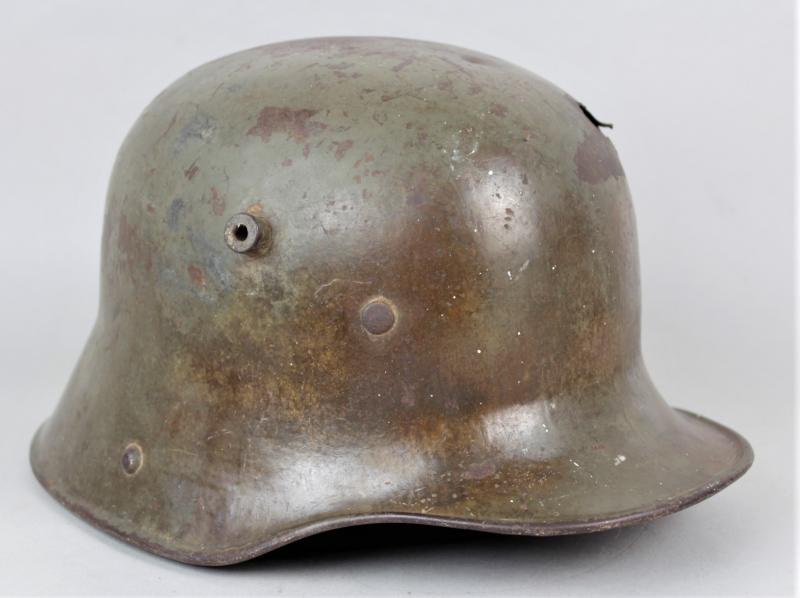 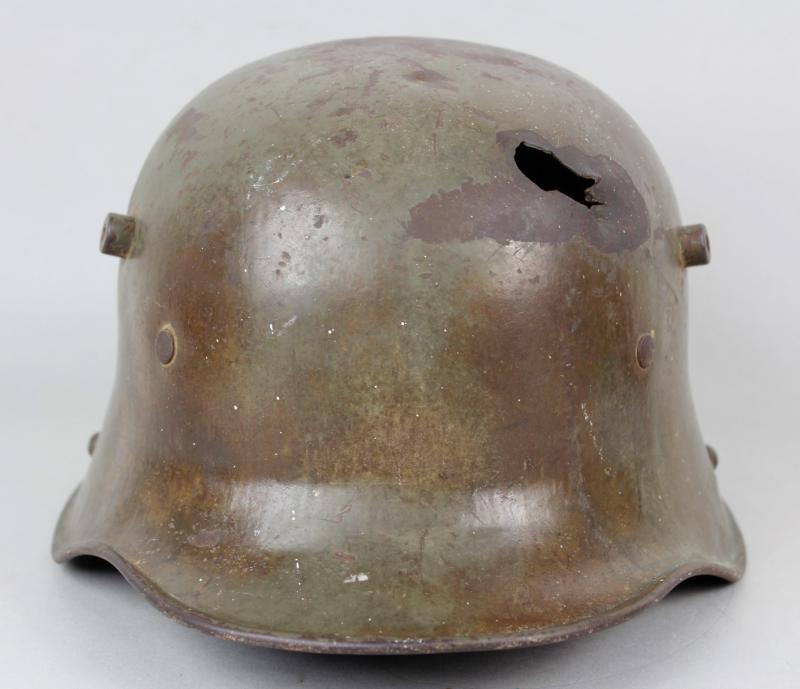 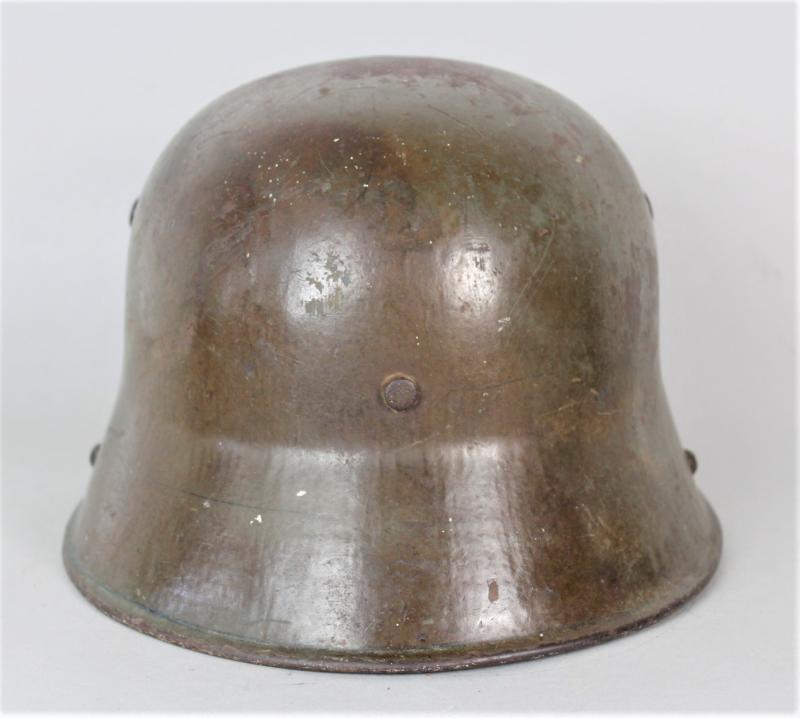 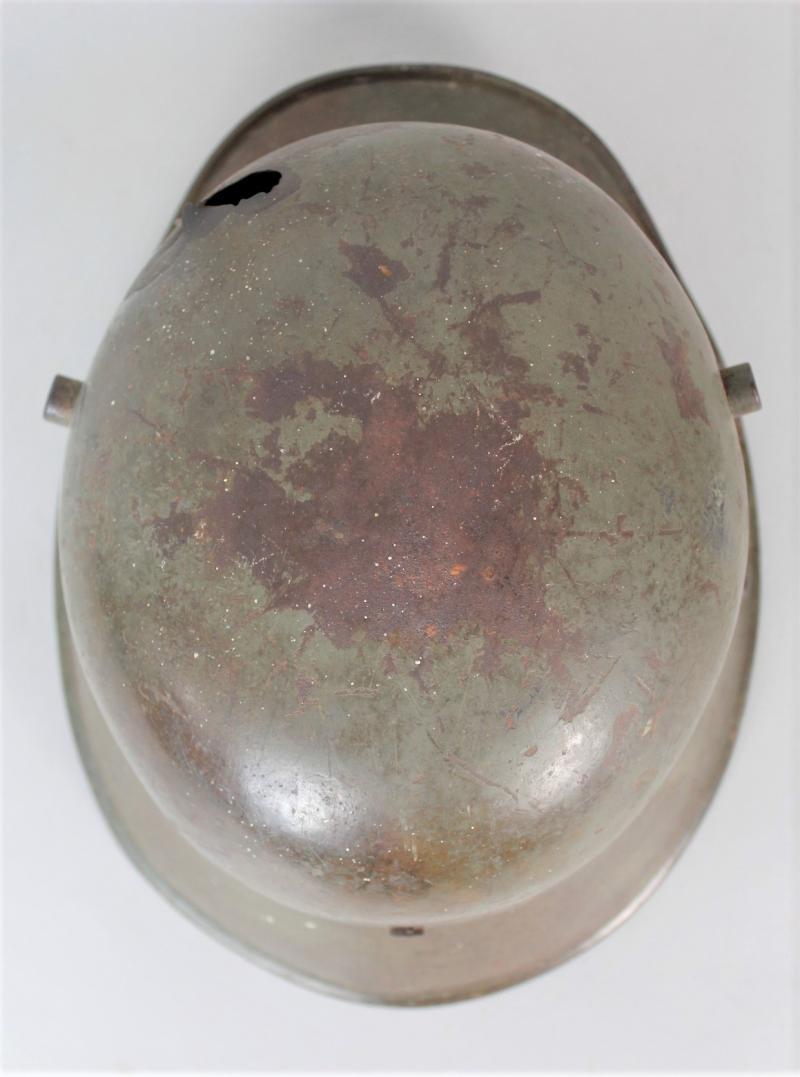 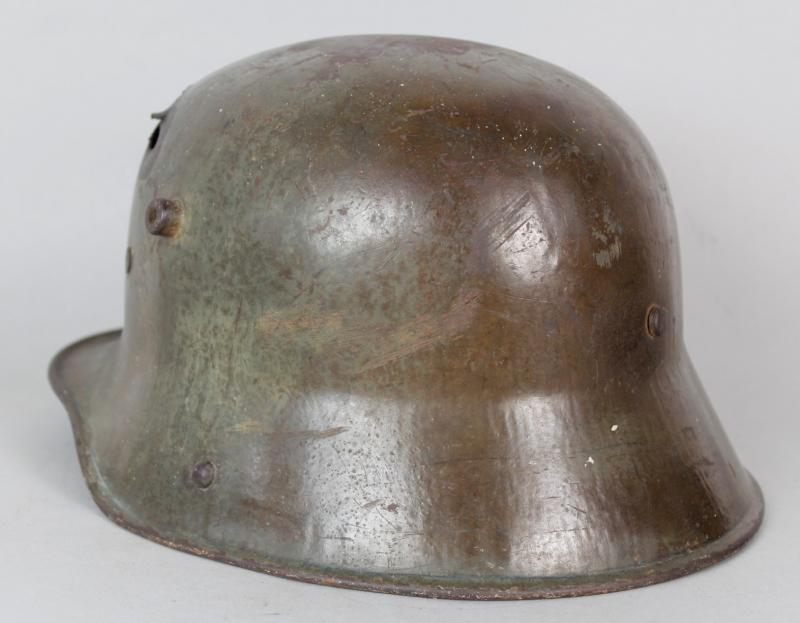 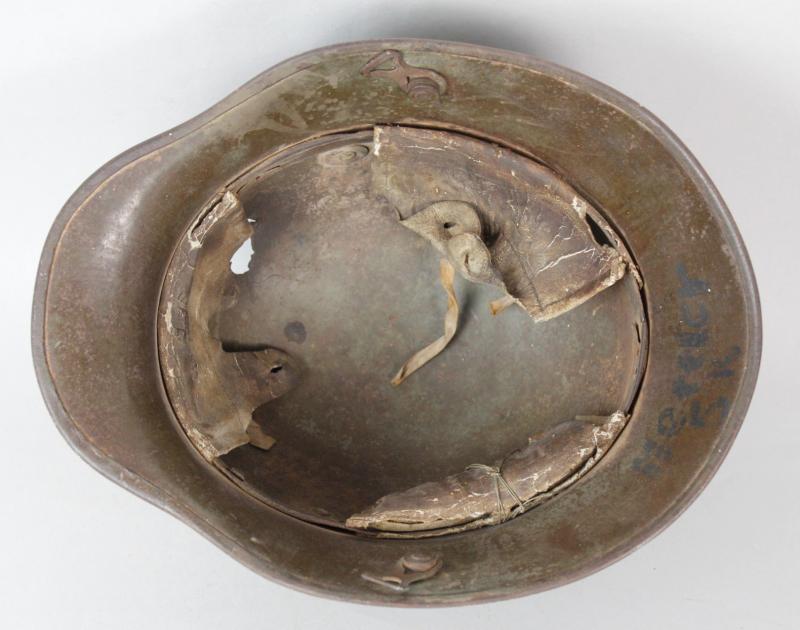 A souvenir of the Somme battlefield area this WW1 German M17 helmet has a shrapnel hole to the front of it with German soldiers name ' Hettler , 5th Kompanie ' & also the place name 'Sailly Le Sec ' inscribed into the front pad.
Still with an excellent proportion of its original factory green paint to shell the metal M17 liner band is securely in place with liner pins original & untouched. All three pads are present although heavily worn with one still retaining its cushion. This pad had mostly come away from its band so was secured with cotton to hold it in place by the previous owner. Both of the chinstrap fittings are still present to each lug .

Sailly Le Sec was on the Northern bank of the Somme & was the limit of the German advance in the Spring of 1918.