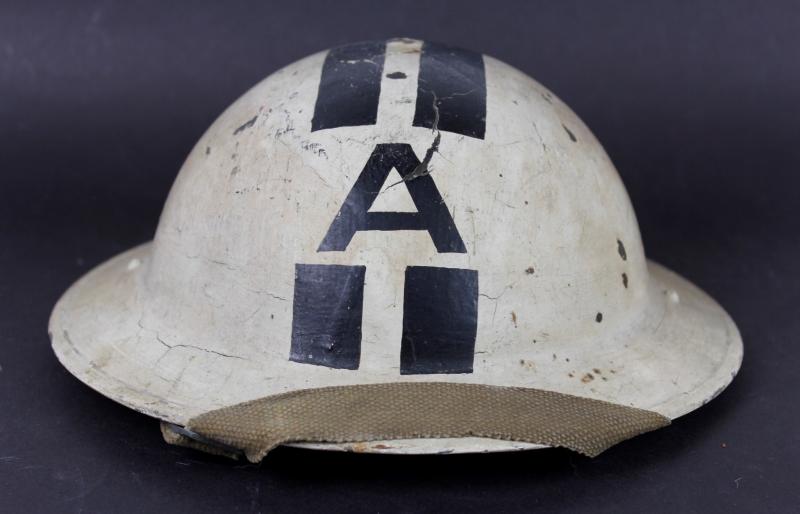 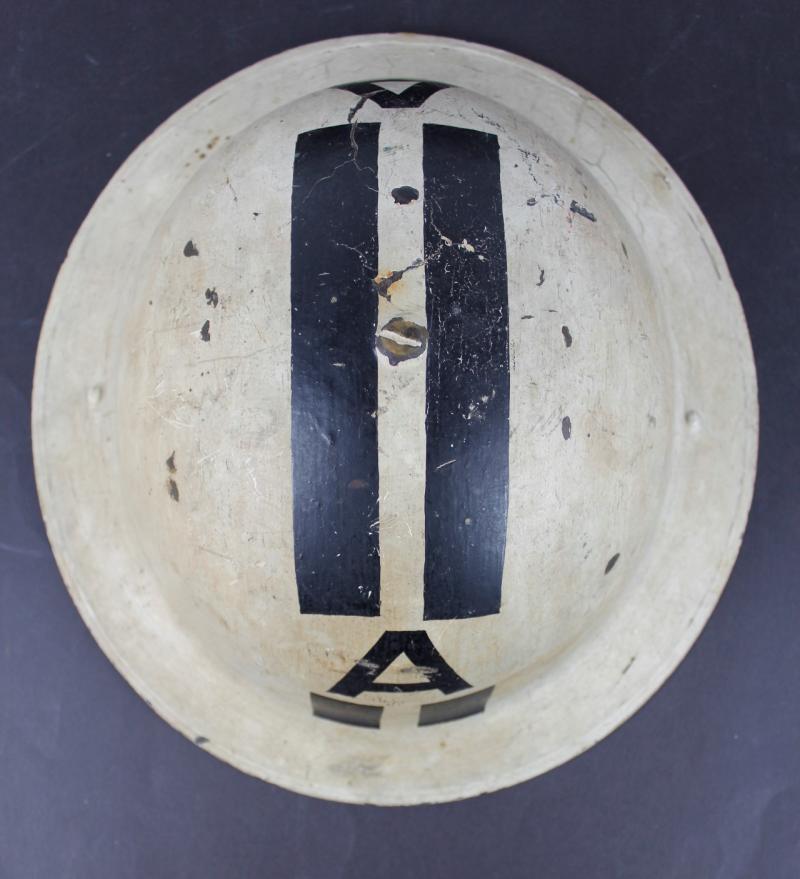 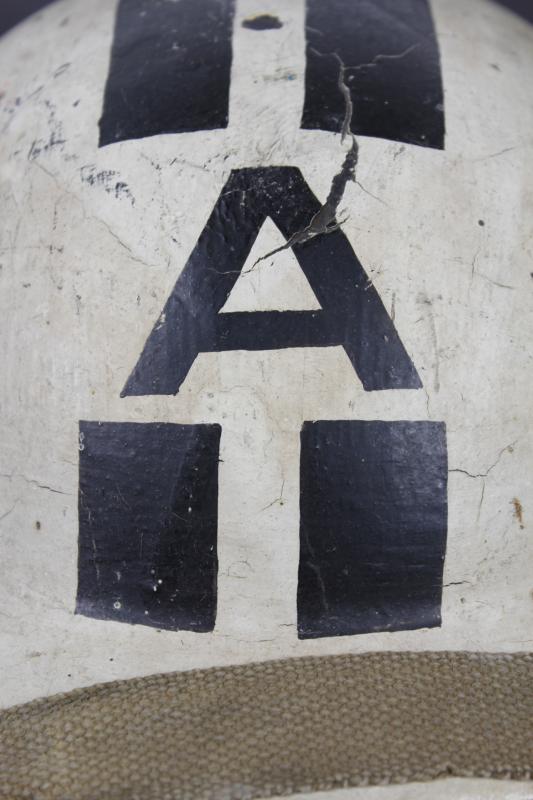 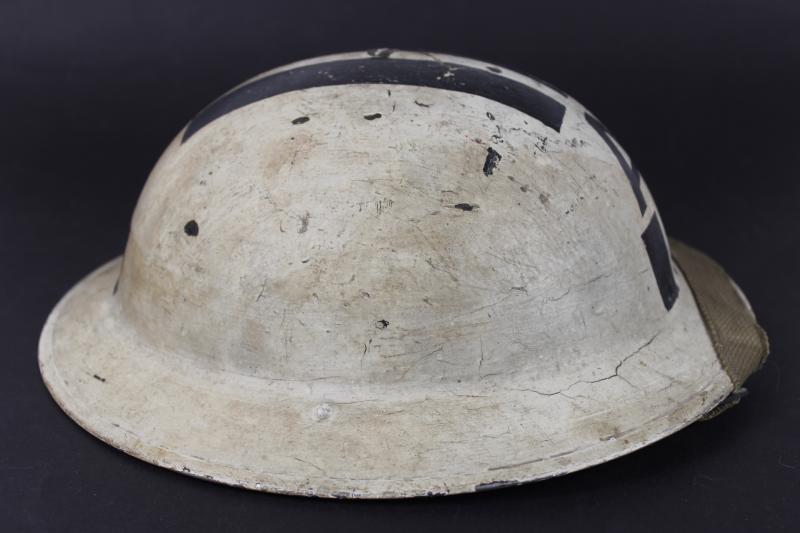 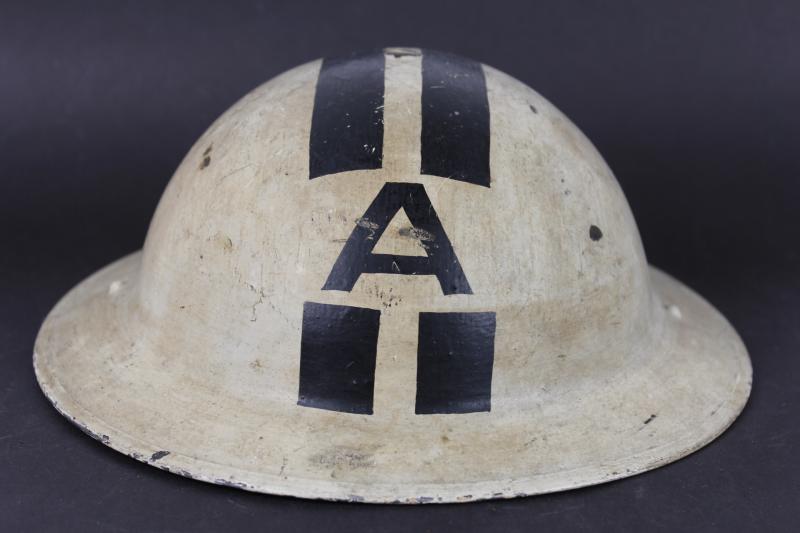 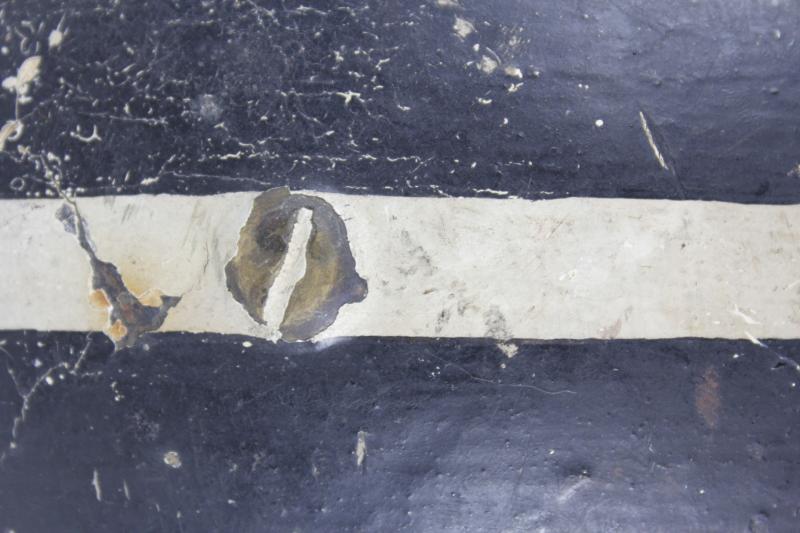 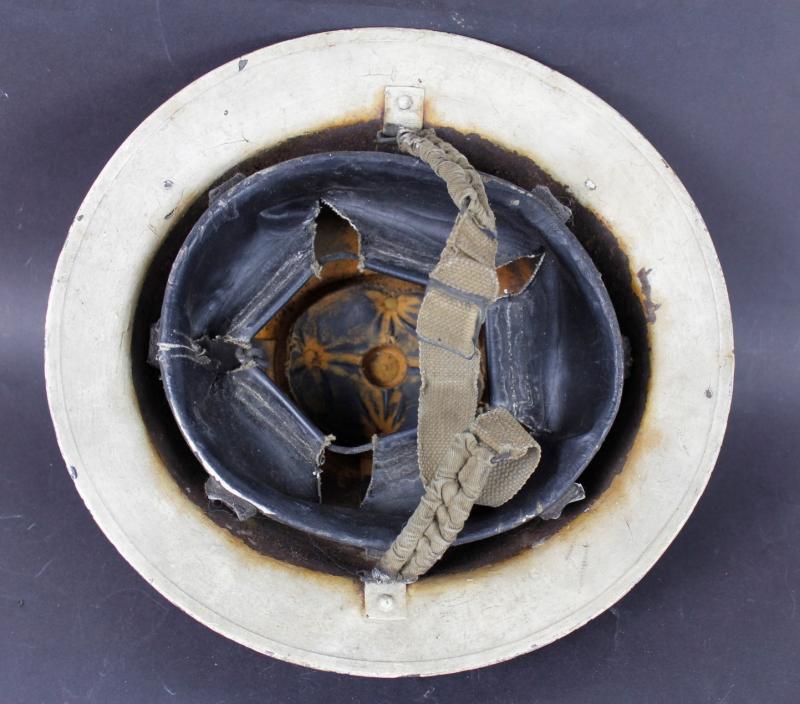 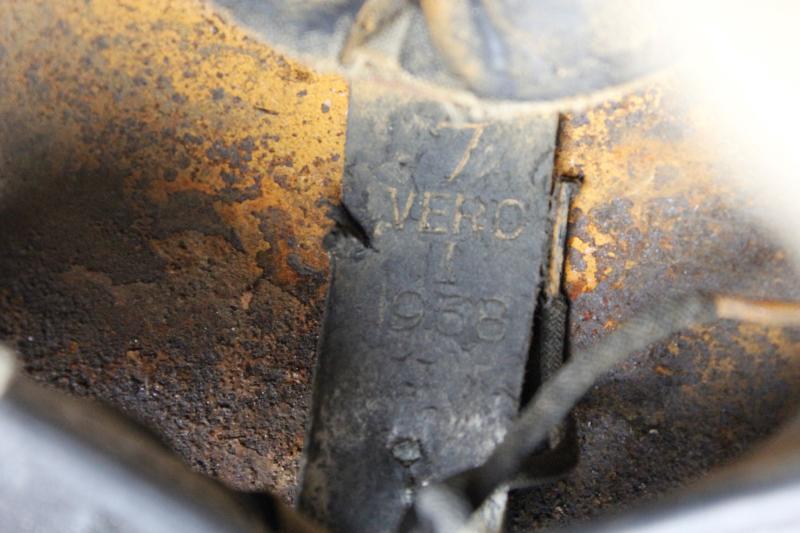 A scarce senior rank Ambulance helmet the two white stripes denoting an 'Ambulance Officer' who would have the important responsibility of being in charge of the Ambulance Service for a local authority.
Helmet is a MkII overpainted in white with two thick stripes & the initial 'A' to front & back. It is undisturbed from WW2 with its liner totally original to the helmet. Interior of this 1938 dated helmet has early dome pad with 'VERO' marked liner & an intact web chinstrap retaining its elasticity .
Scarce piece & a very nice time capsule in every sense.