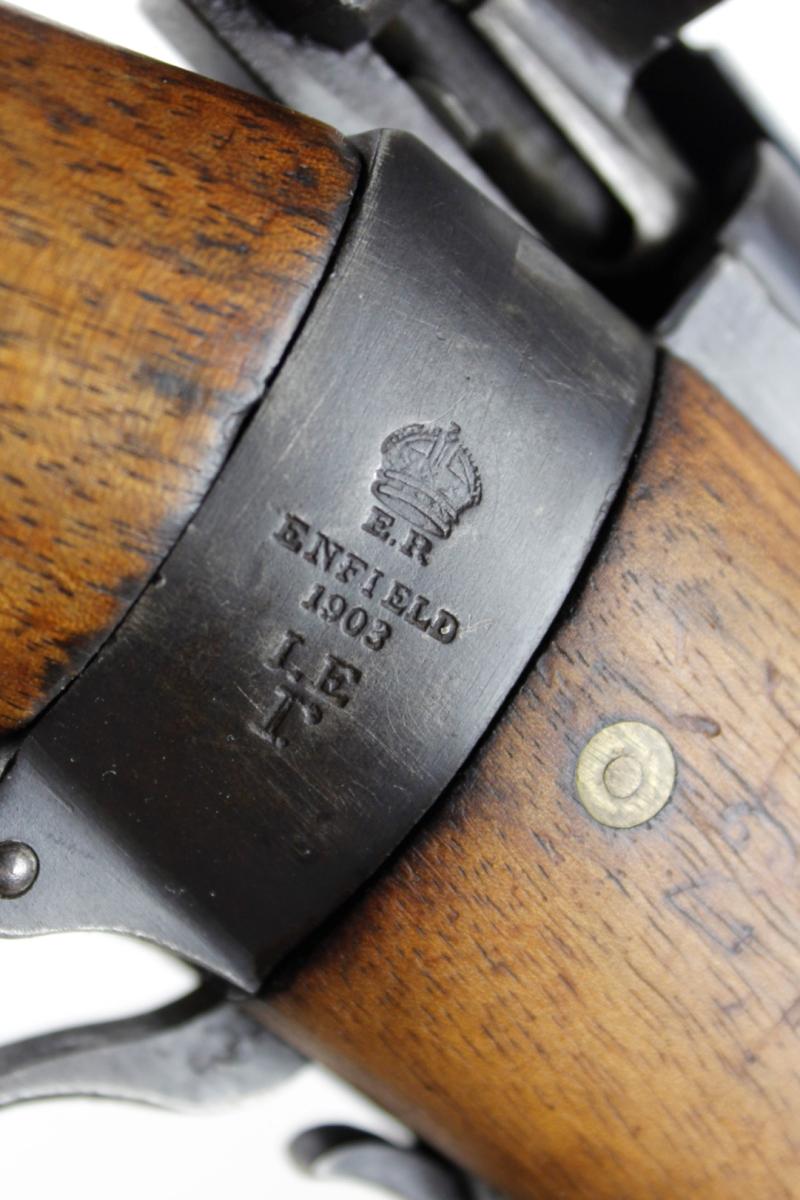 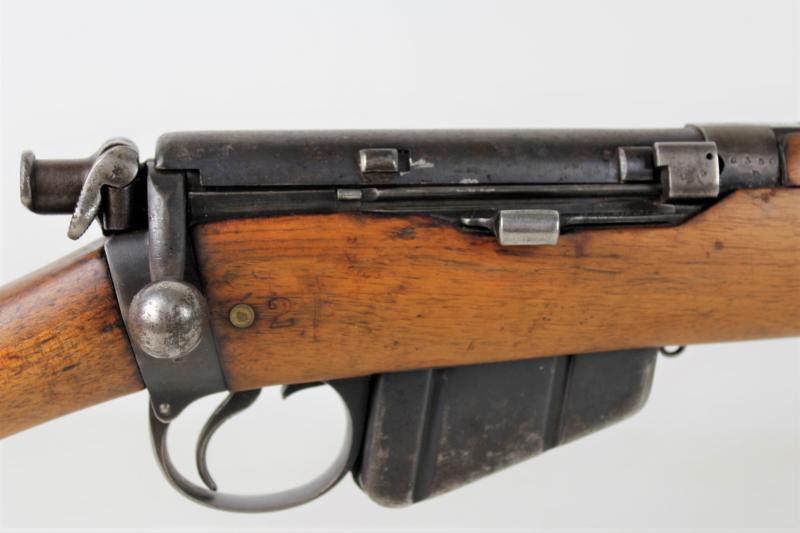 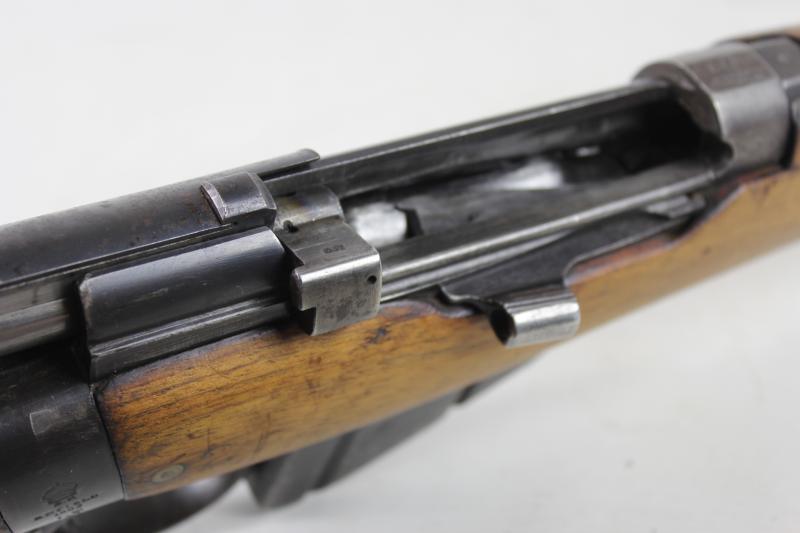 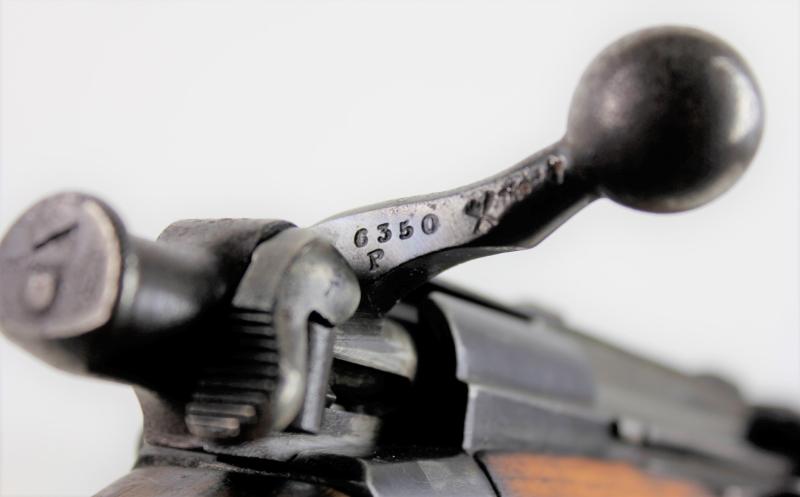 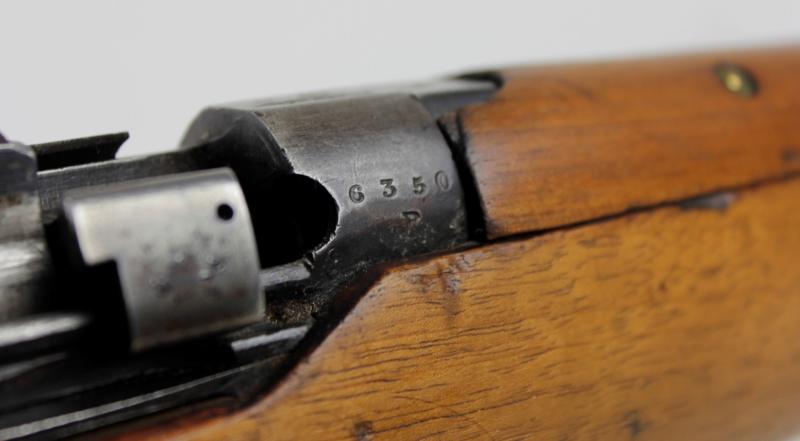 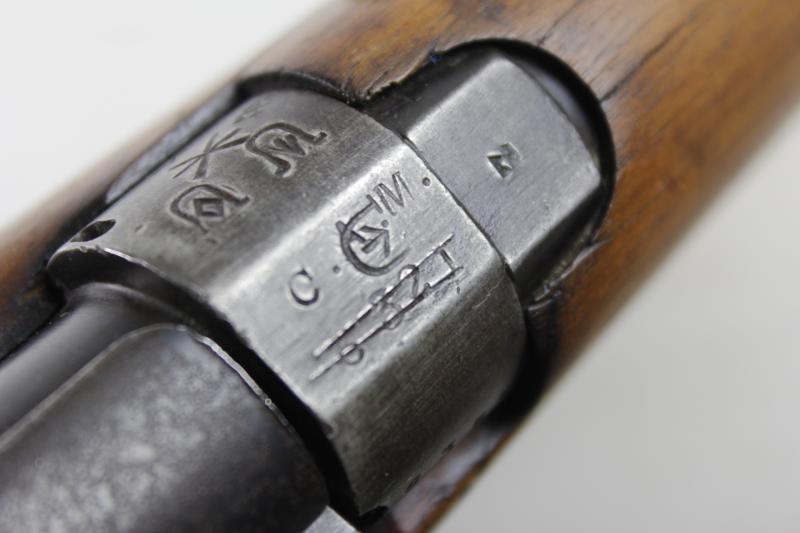 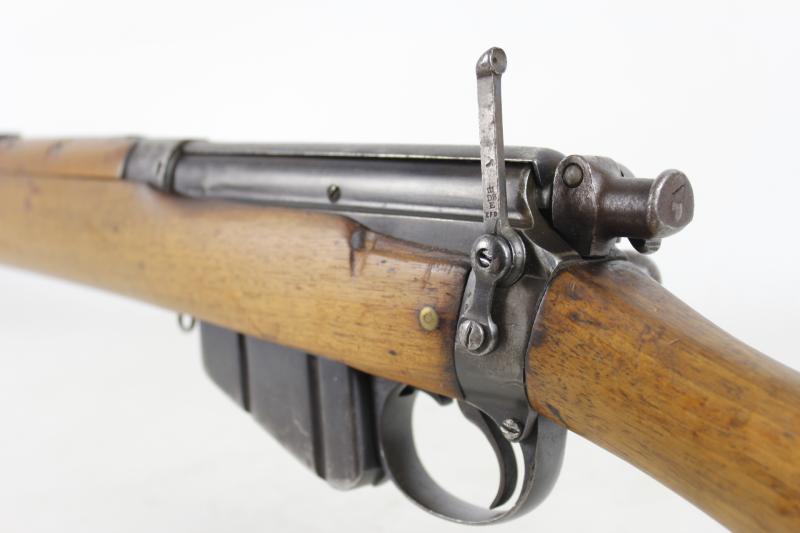 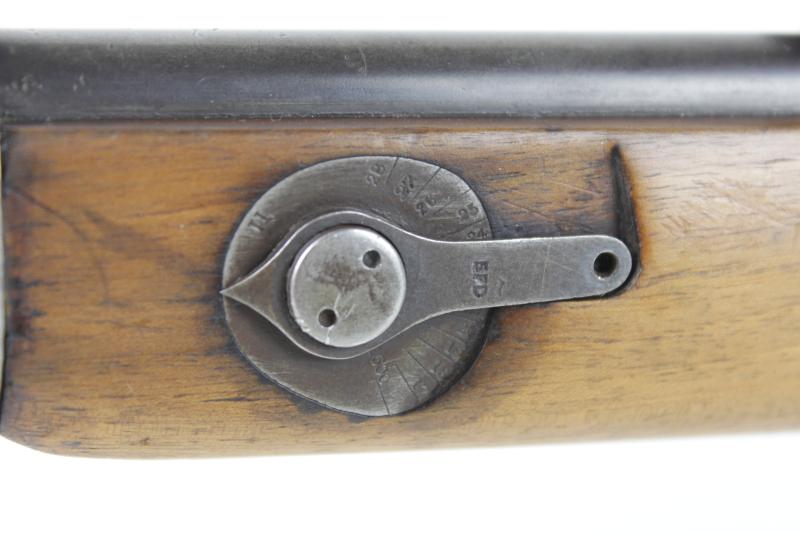 For sale to customers outside of the European Union.

Probably the best example of the British Long Lee rifle that I have had the fortune to acquire this piece is still in its early pre charger loading configuration retaining magazine cut off plate, both volley sights & dust cover.
An Enfield made example it is marked to wrist strap ' Enfield 1903 LE r ' . Unlike other examples encountered today this early piece is without the later charger loading bridge conversion & in this early format is now a rare rifle to find. In quite excellent condition it has most of its original blueing remaining to metal surfaces with original woodwork immaculate & showing only slight service use. Profusely inspection & 'Enfield' marked it has matching numbers to bolt & receiver & later South African issue markings.

For Non EU Sales Only - however can be re-deactivated to the current EU specification. Please Email Before Making Purchase.