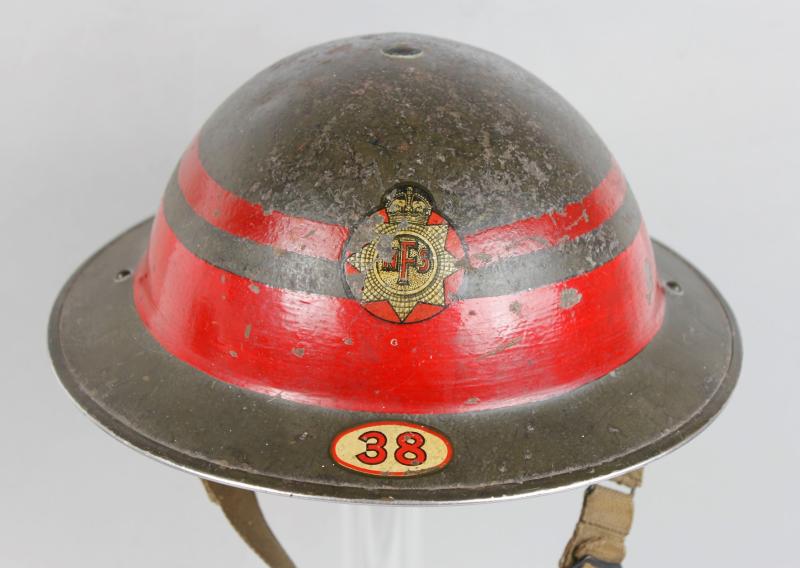 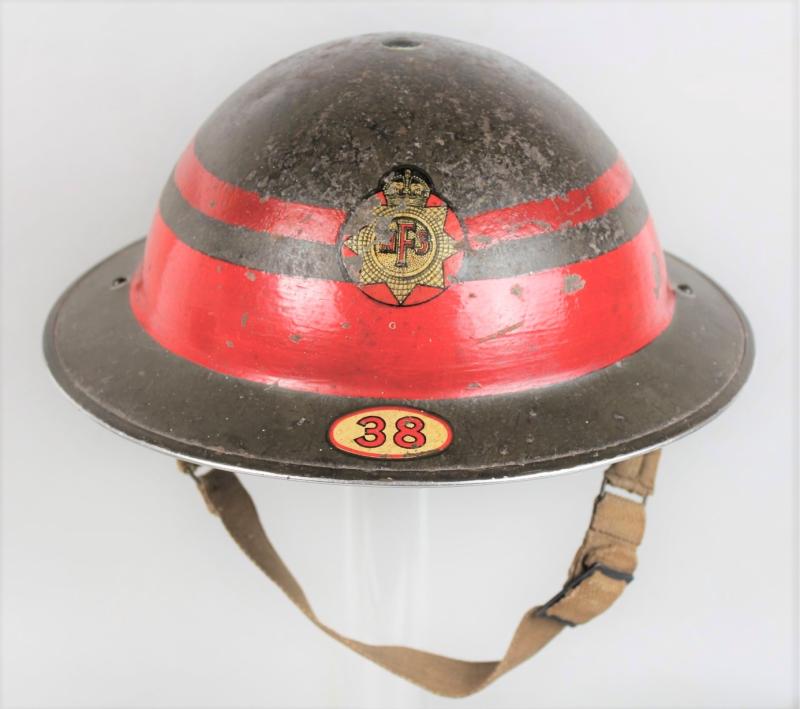 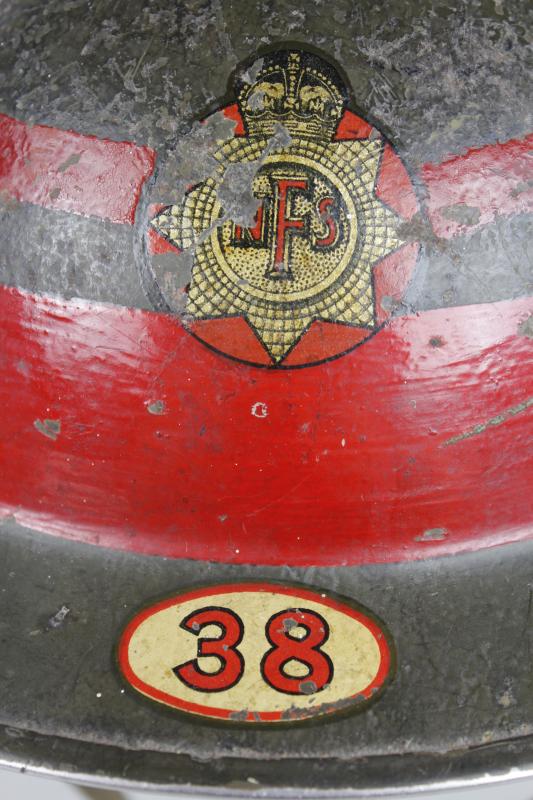 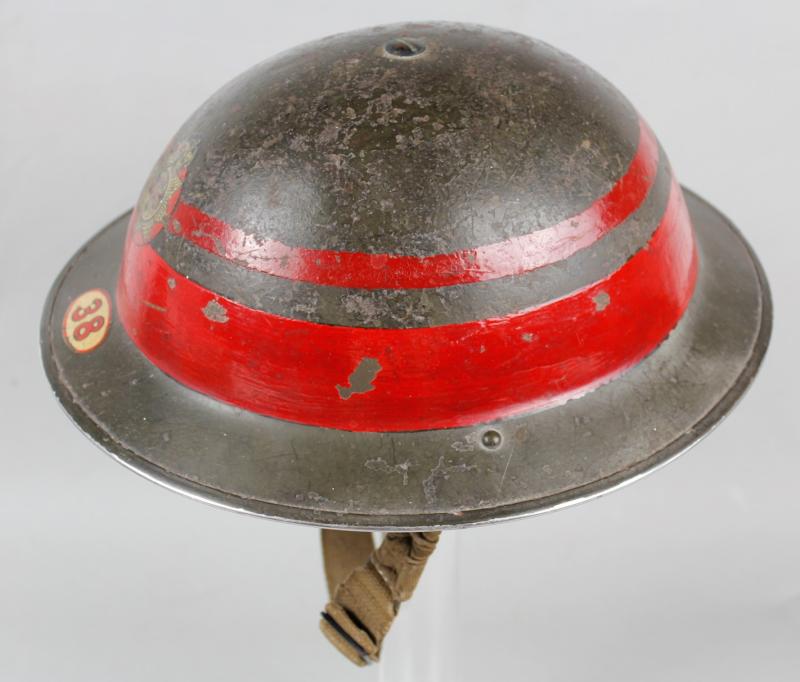 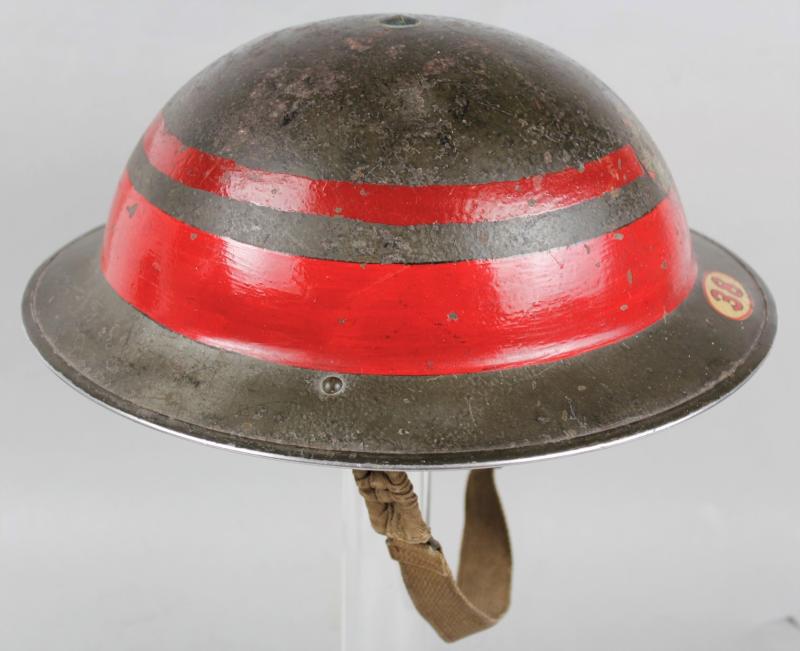 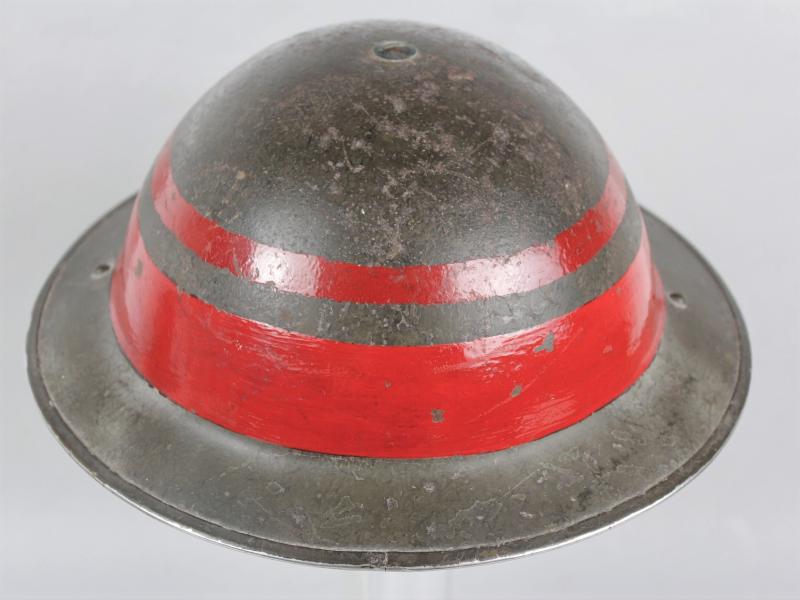 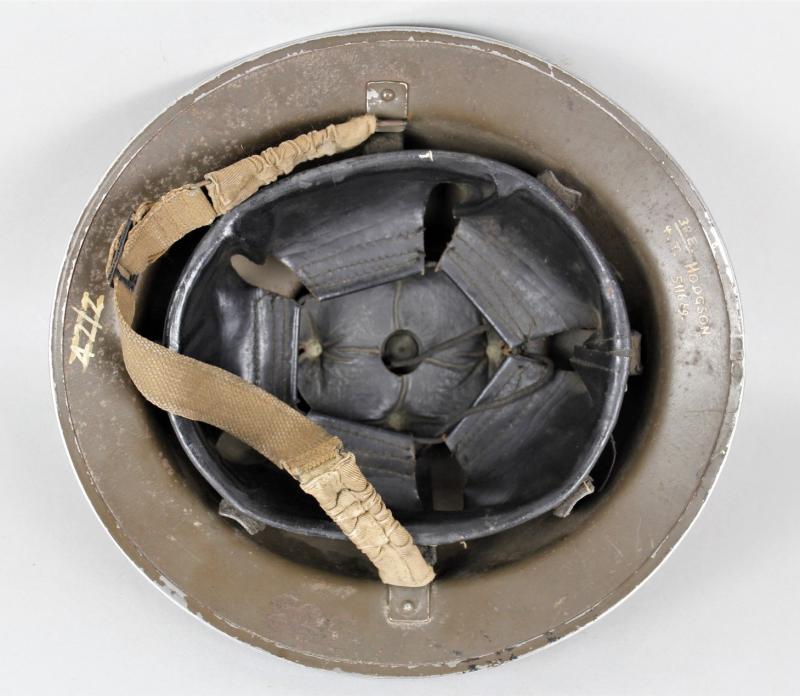 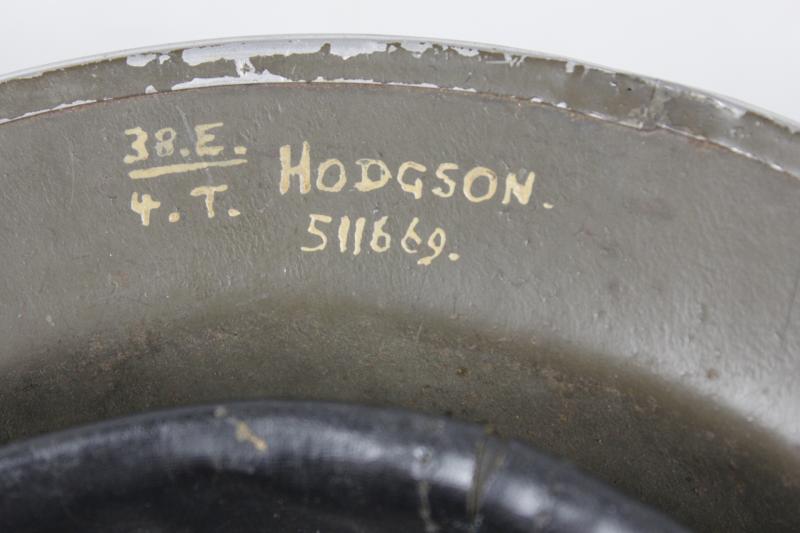 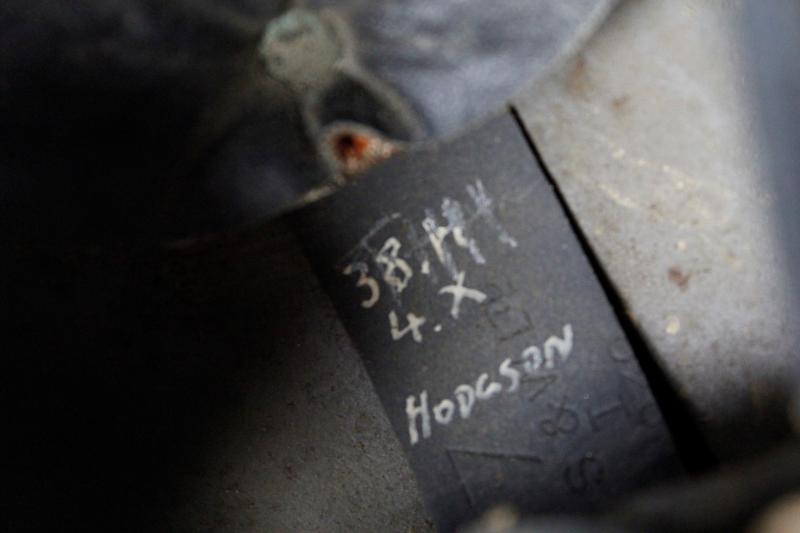 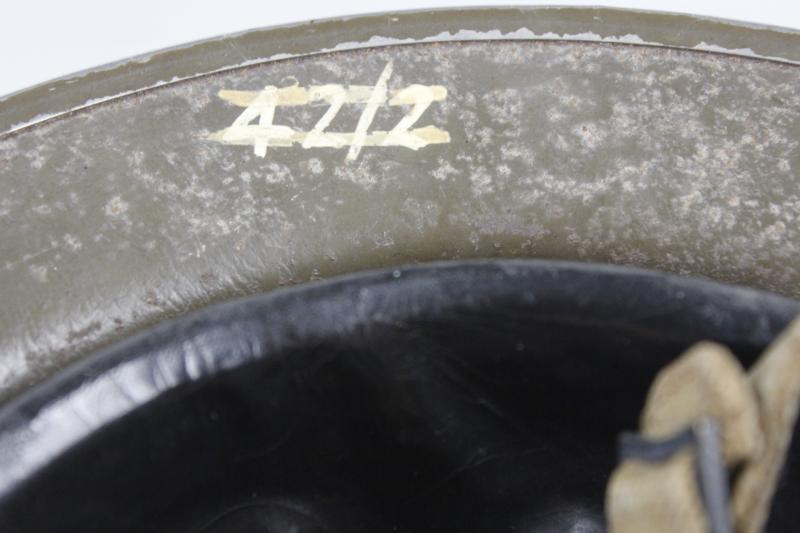 A wonderfully untouched & researchably named NFS helmet that has two red bands for the rank of Section Leader as well as the surname ' Hodgson' with serial & section numbers to underside of rim & liner cradle.
Formed in August 1941 the National Fire Service was created from the AFS & other local Fire Services that existed around the country in order to create a more co ordinated organisation of Britains firefighters during the height of the enemy bombings. Helmet markings were reappraised with the thin red band to top & thick red band to bottom identifiable as a Section Leader. Applied over the standard khaki factory paint the Area number '38' denotes Wimbledon , London. Interior has name & serial number ' Hodgson 511669 ' with section/station
markings handpainted onto the underside of the rim also repeated on the liner cradle. The intact lining has early dome pad with 'JCS' maker to cradle & date which appears to be ' 1939.'
Fabulous researchable piece & a rare helmet from the myriad of NFS helmet markings.