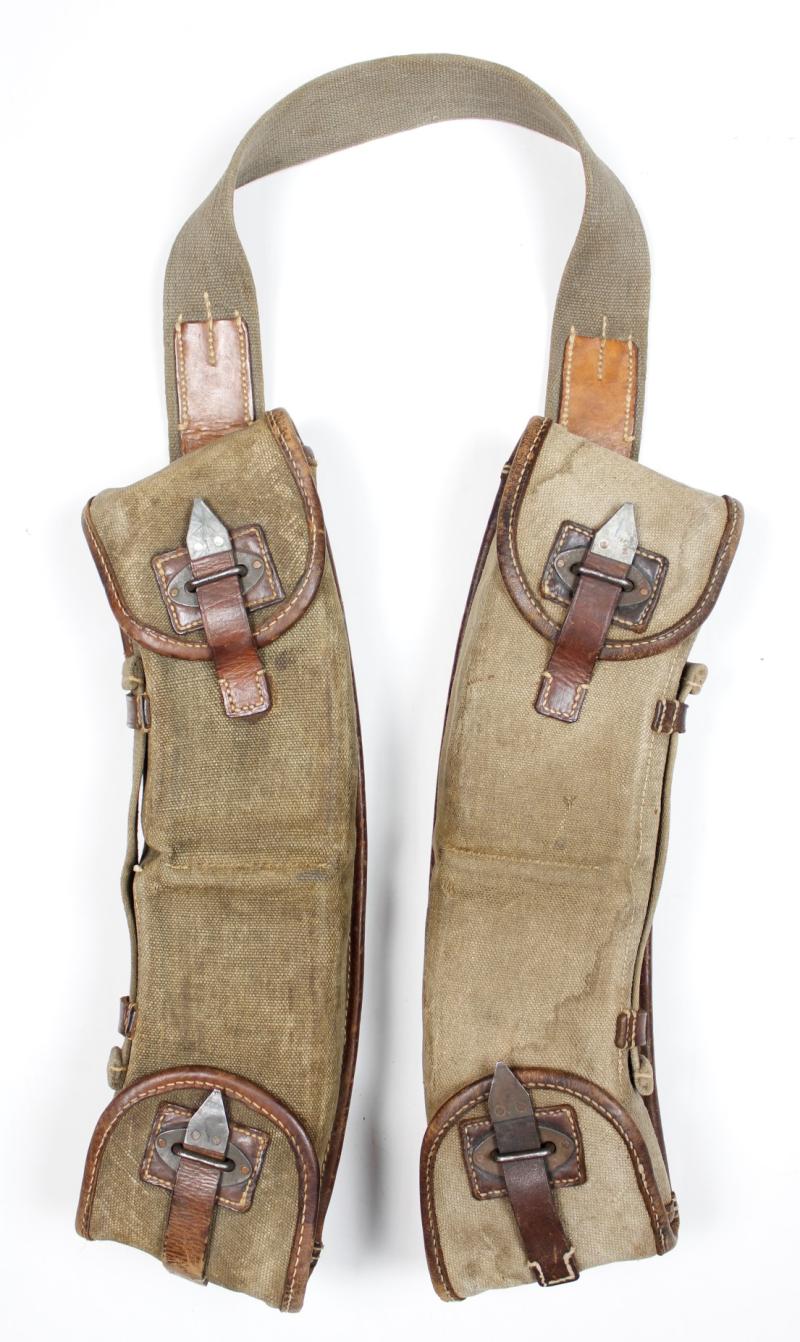 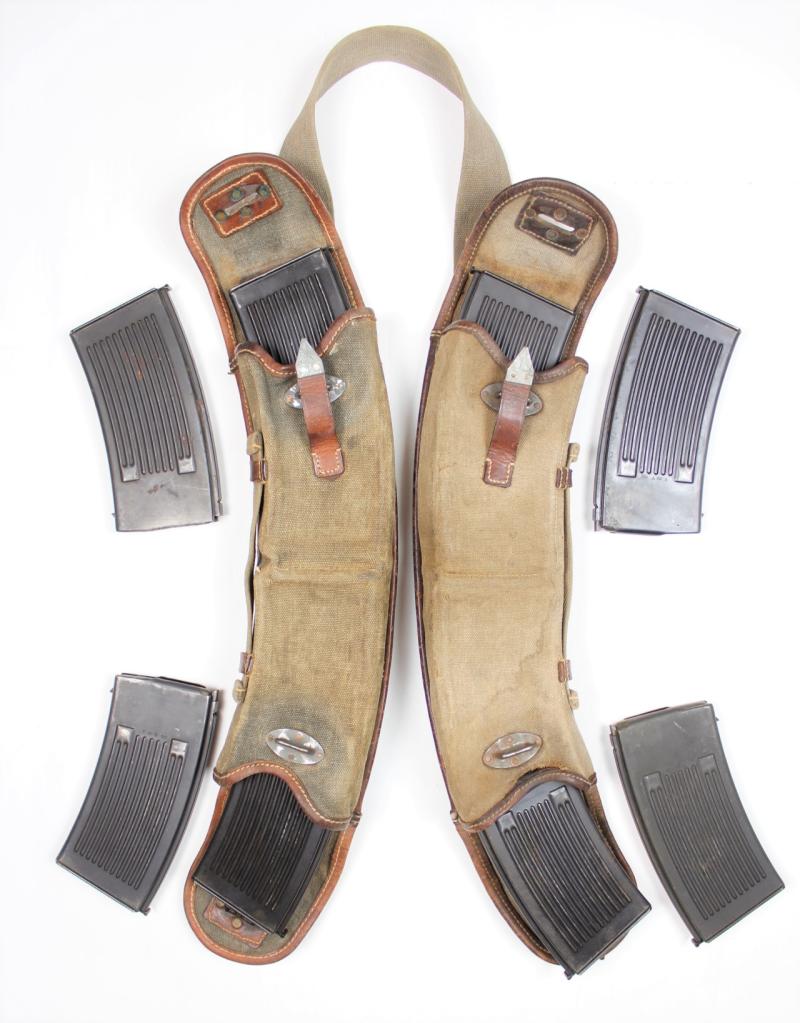 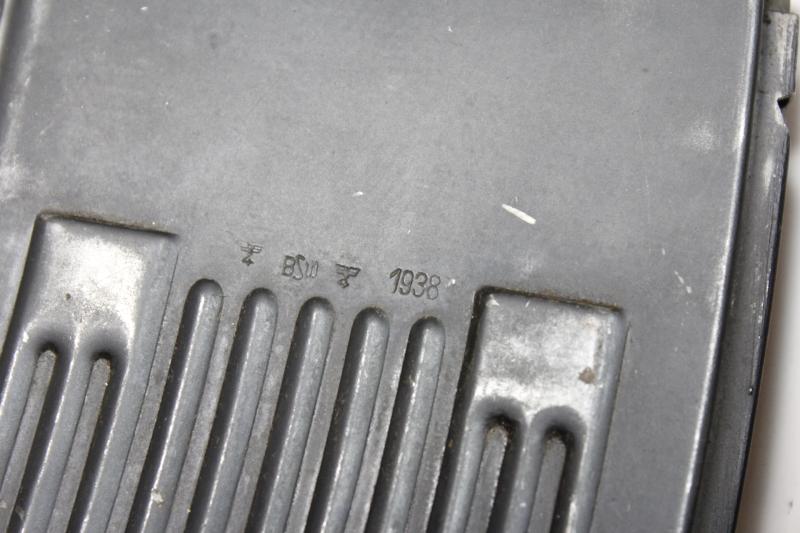 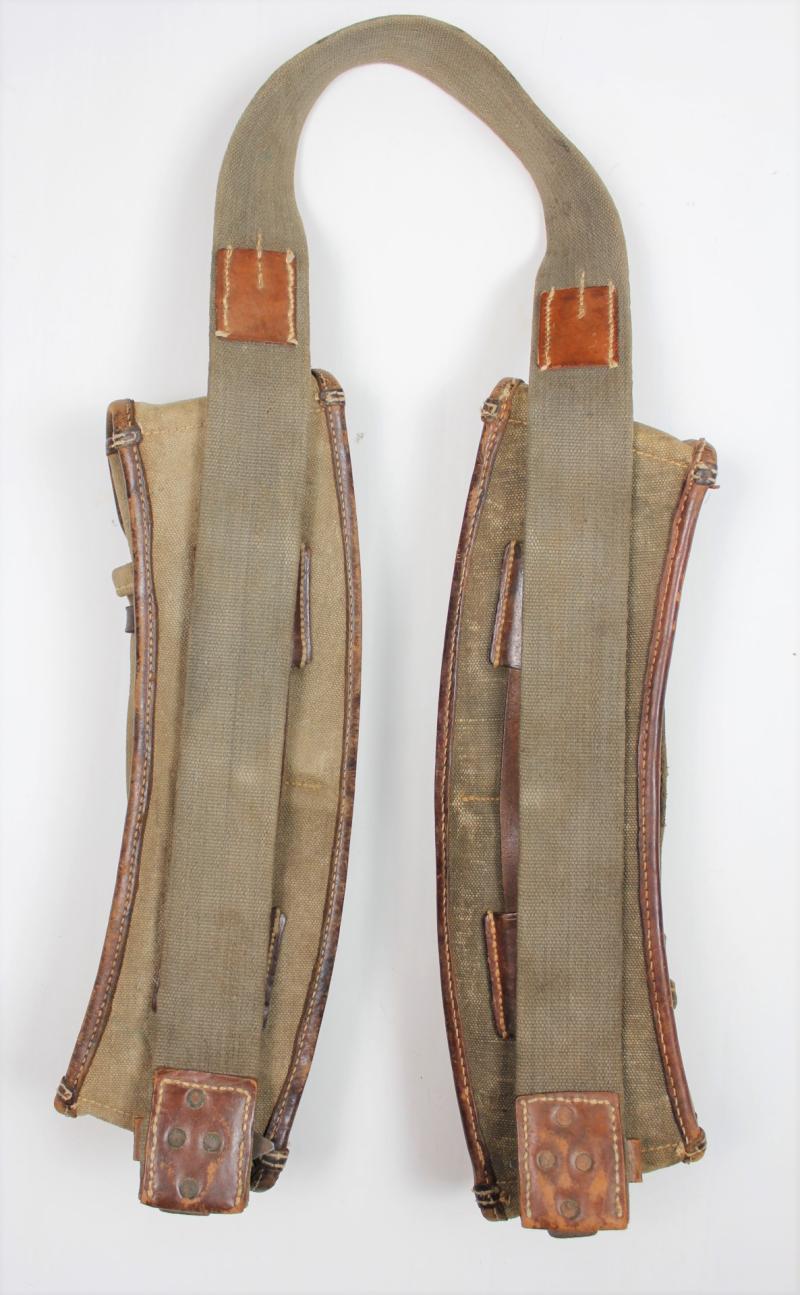 A set of the MG13 magazine combat pouches containing magazines & with original carrying strap.
These pouches hold 8 X 20 round box magazines for the early MG13 machine gun. This weapon was used in the early stages of WW2 by German combat troops & throughout by Field Division troops of the Luftwaffe. Much photographic evidence exists to show these in action . Comes complete with magazines all 1938 dated.