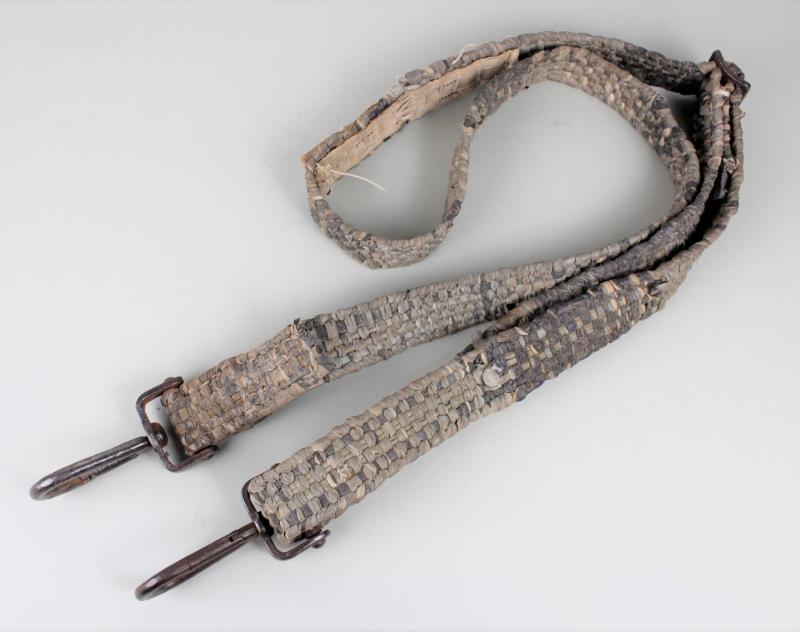 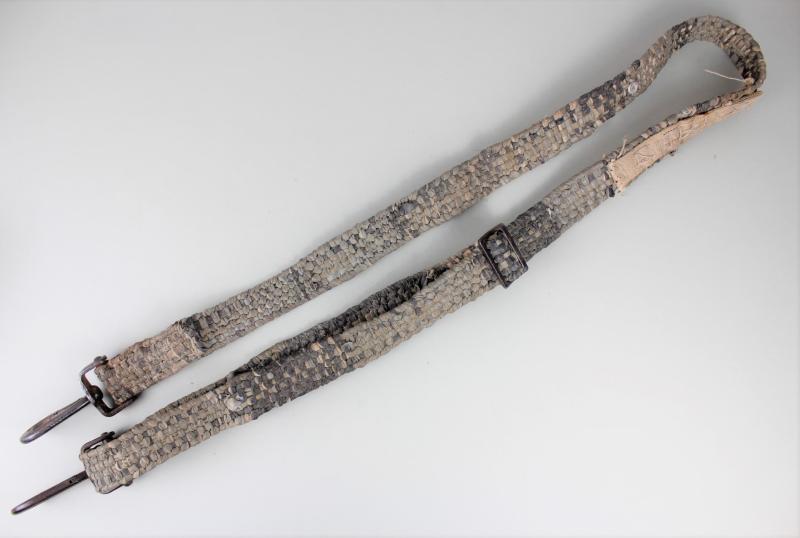 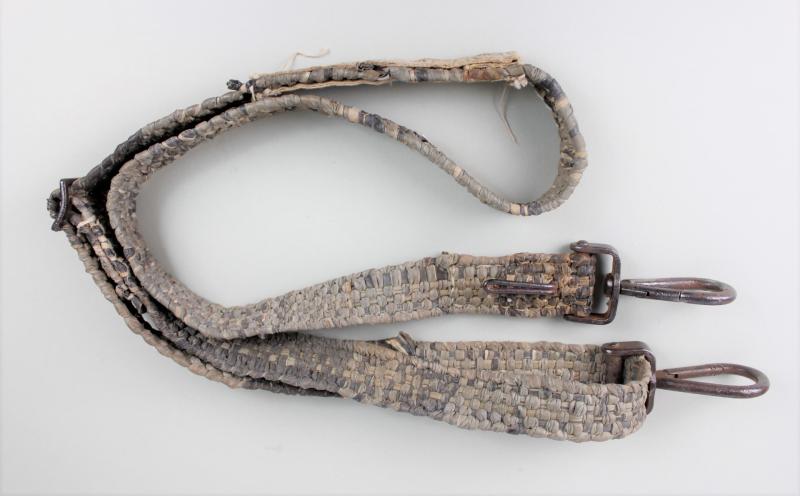 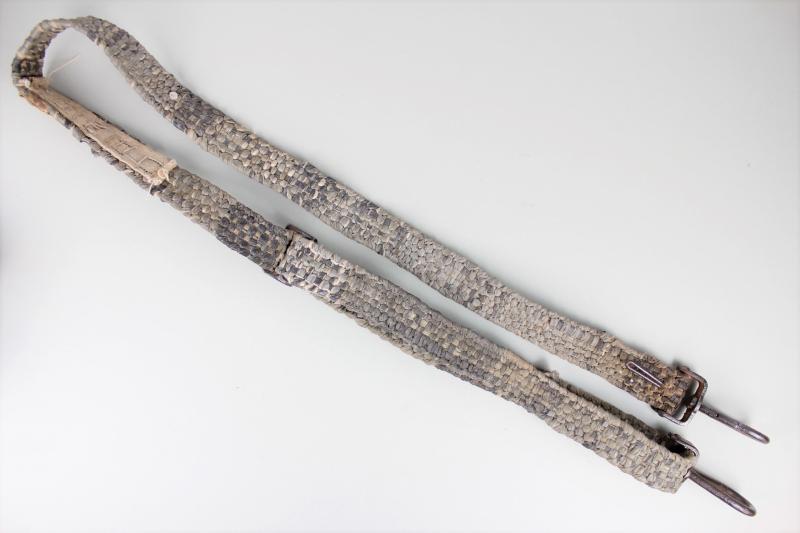 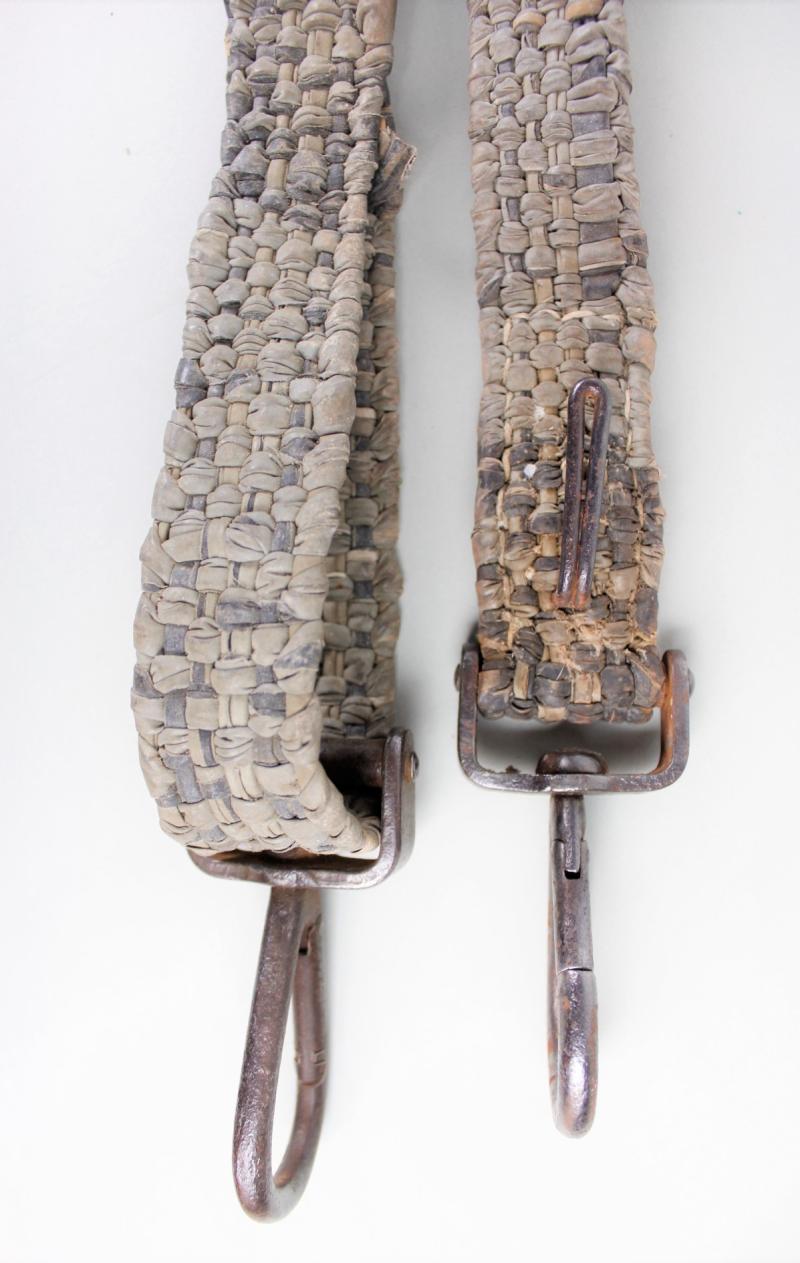 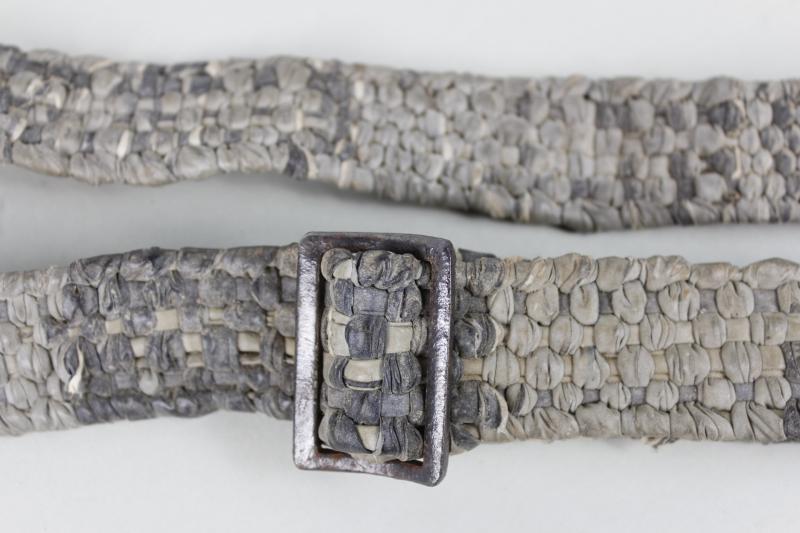 German heavy duty carrying strap in the later ersatz rubber material . These were used for all sorts of different purposes such as the carriage of loaded MG ammunition tins etc.
This recently Europe acquired example has had a heavy duty field repair with a piece of canvas US machine gun belt rivetted & stitched on both sides of a break in the rubber. The rubber material can be found on other German equipment items & is thought to be the remains of First World War era Barrage balloons.