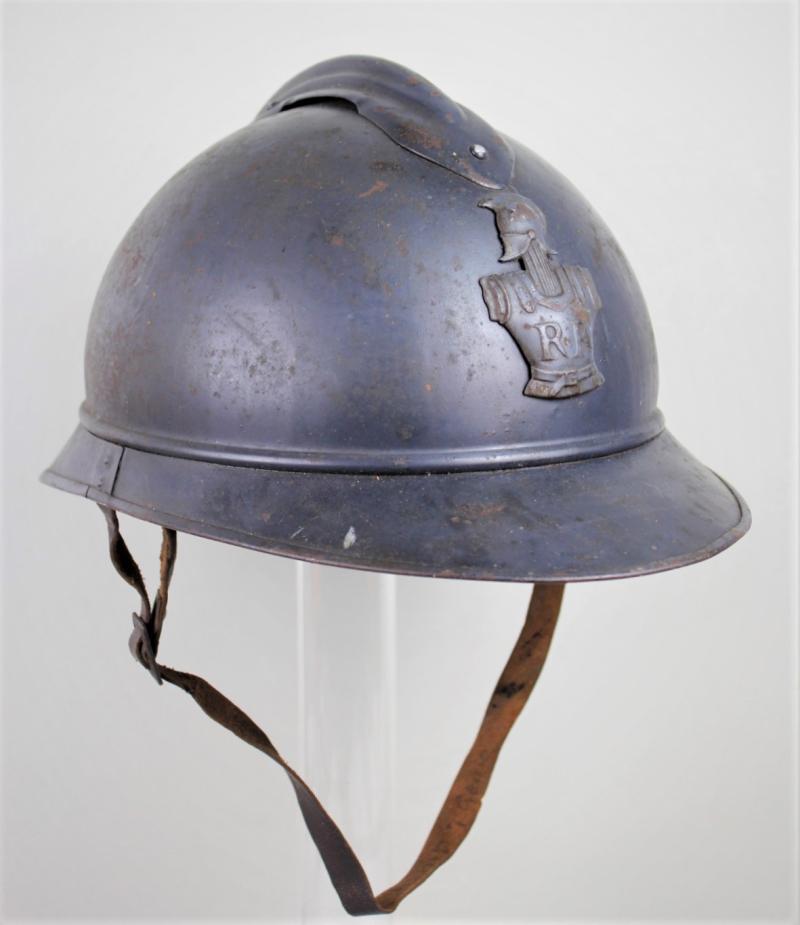 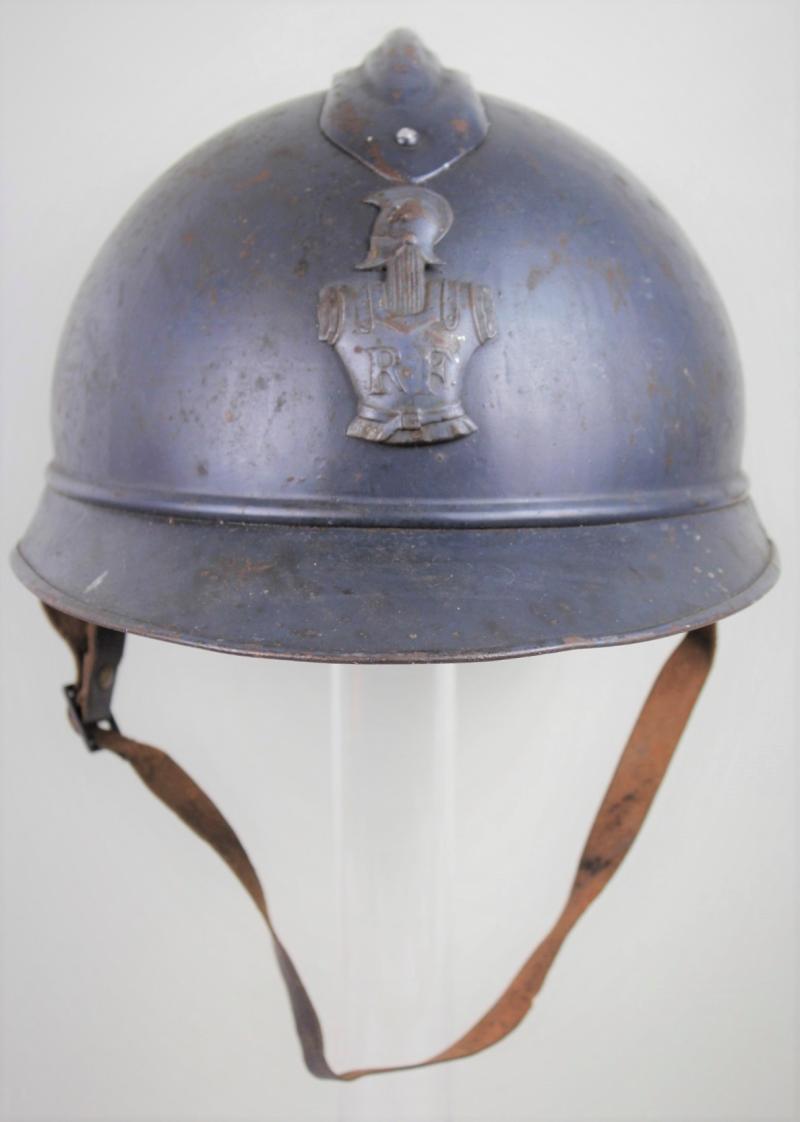 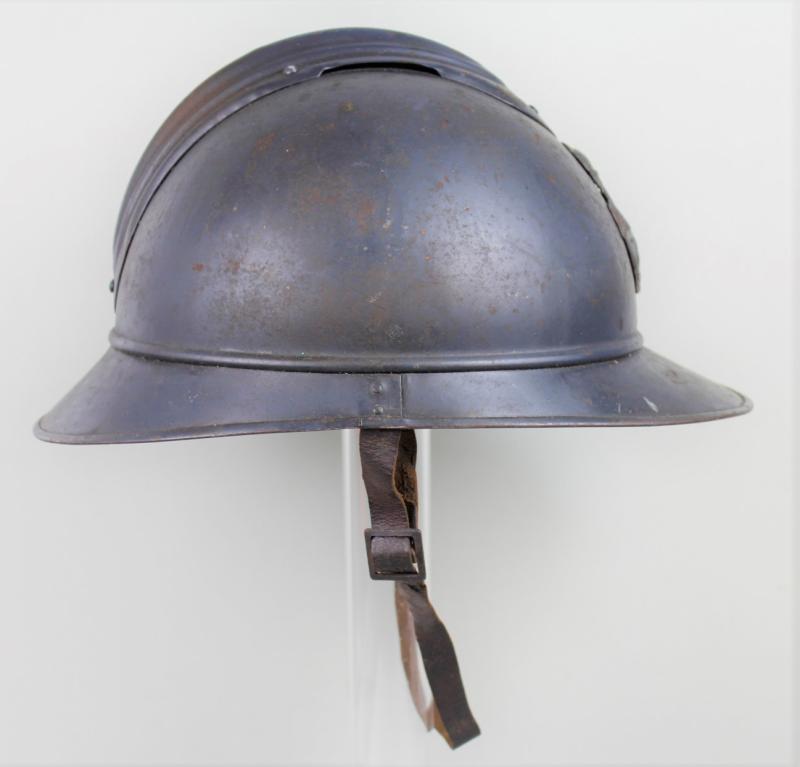 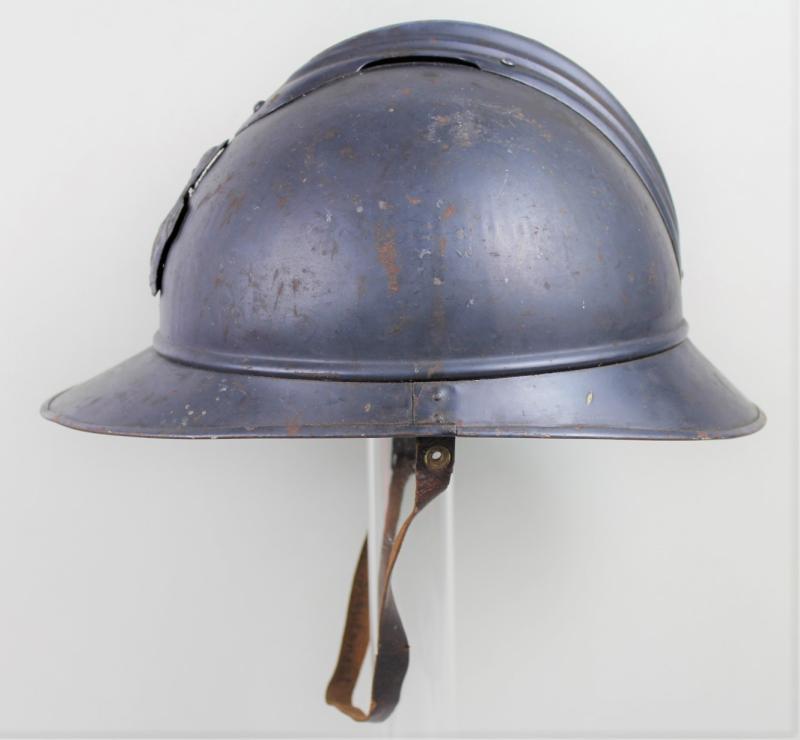 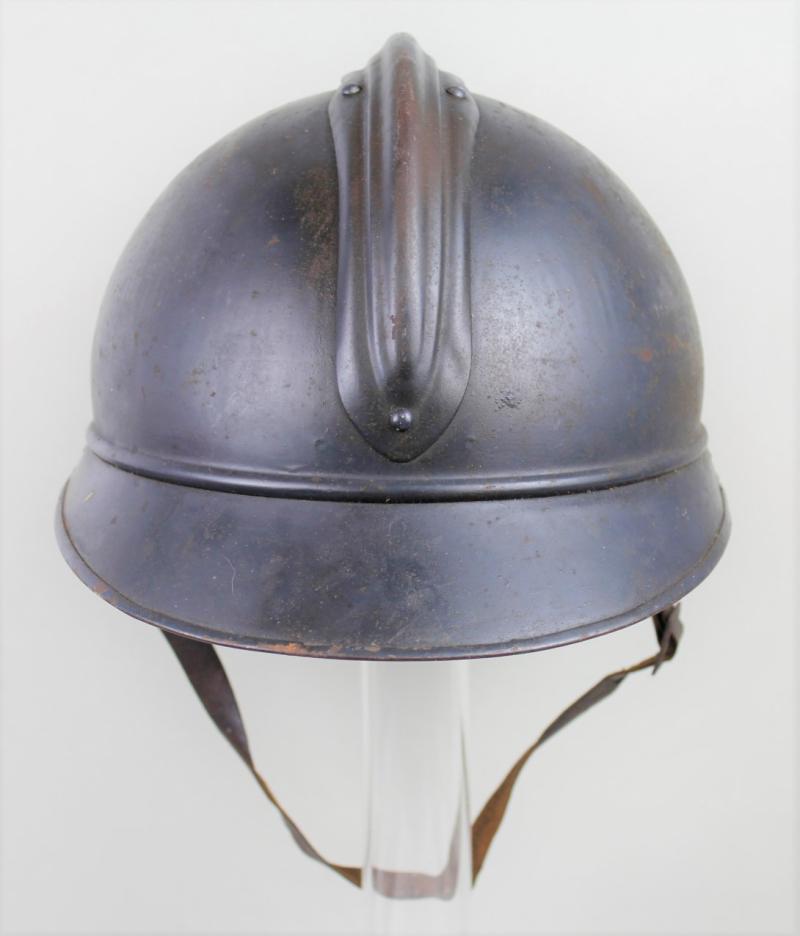 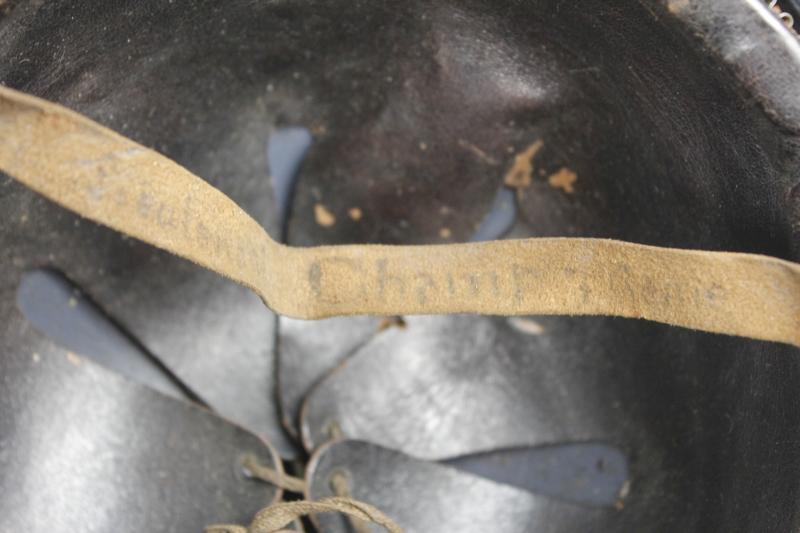 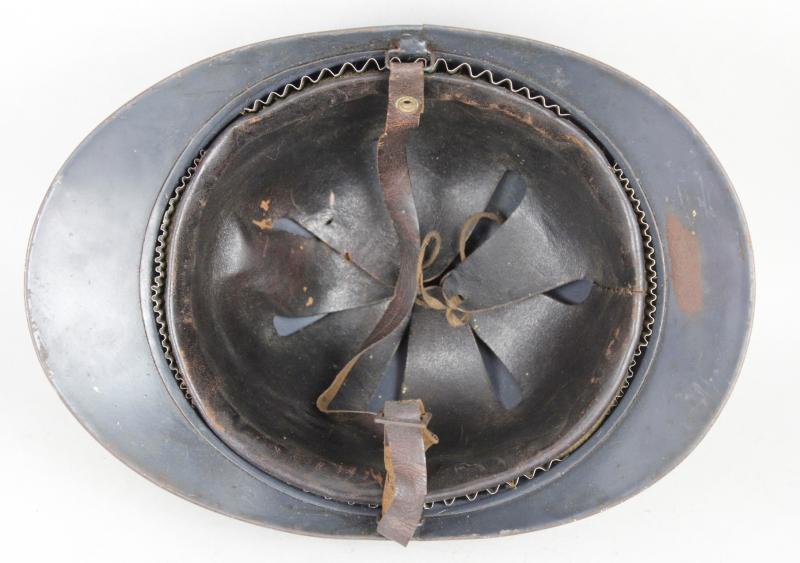 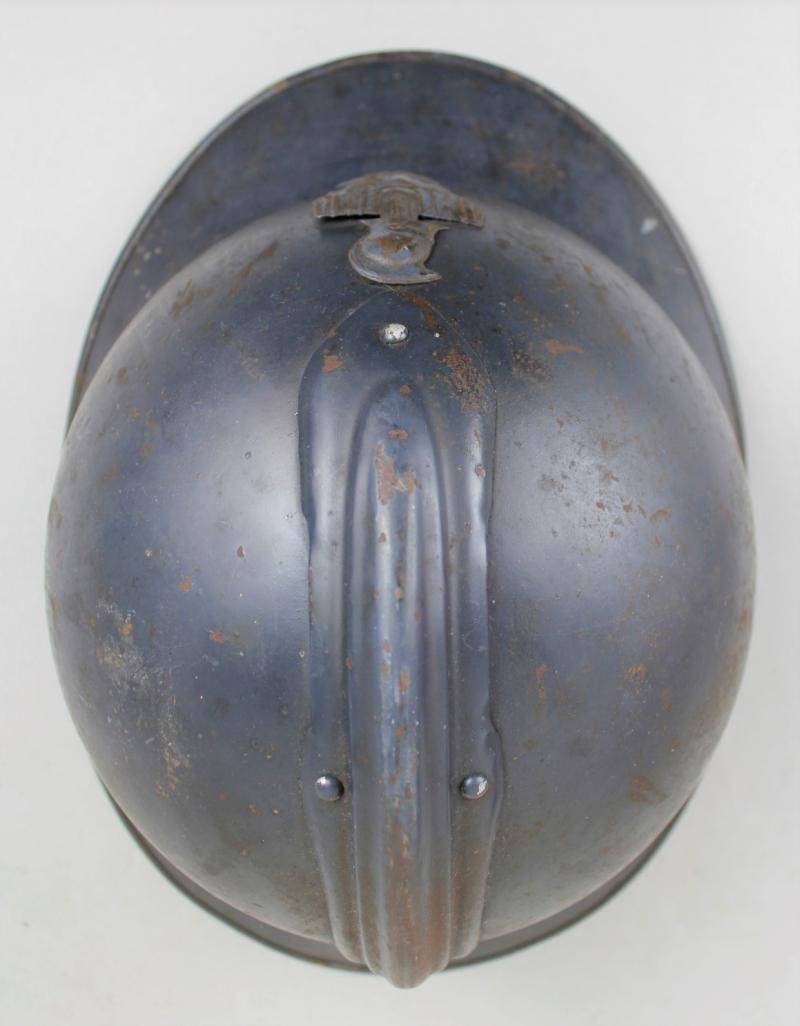 A large sized French M15 Adrian of Engineers with chinstrap that has written to the underside of it 'Lieutenant Champ 7 Genie' ( Lieutenant Champ 7th Engineer Regiment ).
This Adrian is in the light blue of early productions with one piece first pattern liner thus most likely dating it to the 1915 period. It is a rare large size & has a very intact chinstrap on which the owner has written his name & unit . It is worthy of mention that the plaid leather chinstraps found on other officers helmets were bought at the officers own discretion & so it is certainly the case that some officers simply kept the standard factory chinstrap that came with the helmet. Some officers did not want to be too conspicuous in the field their rank being recognisable by enemy snipers when wearing an ornate chinstrap visible to enemy optics.