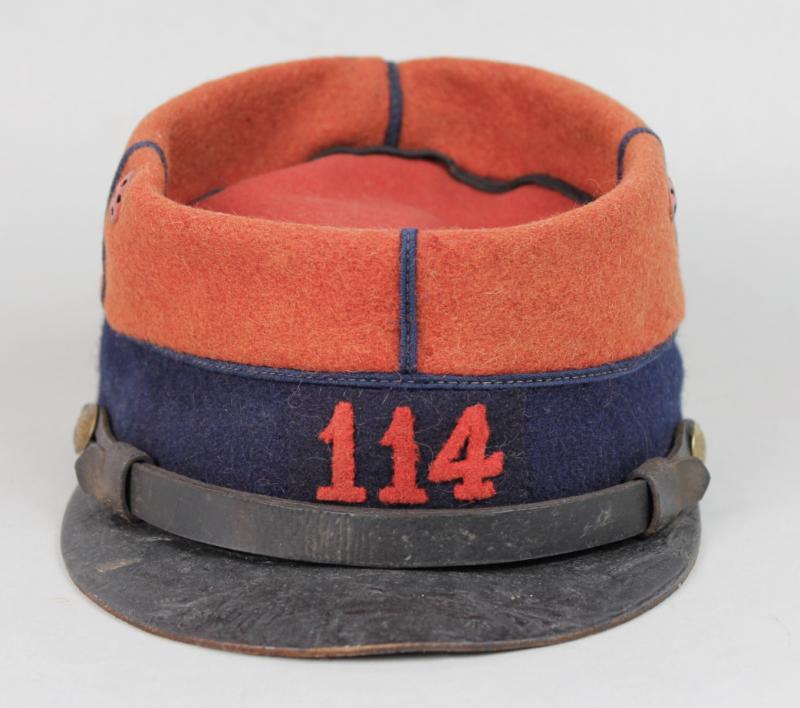 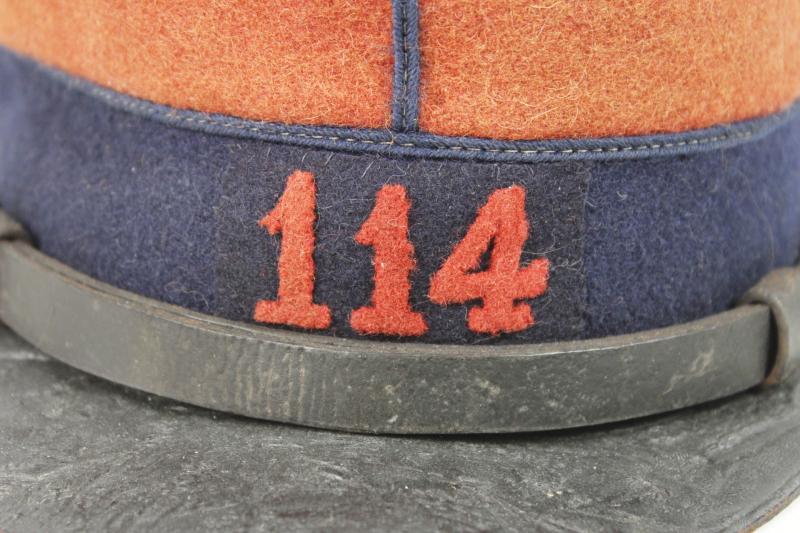 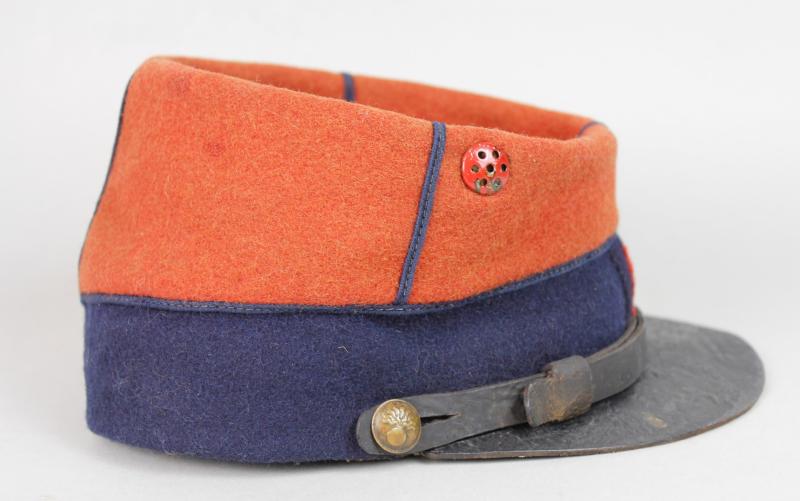 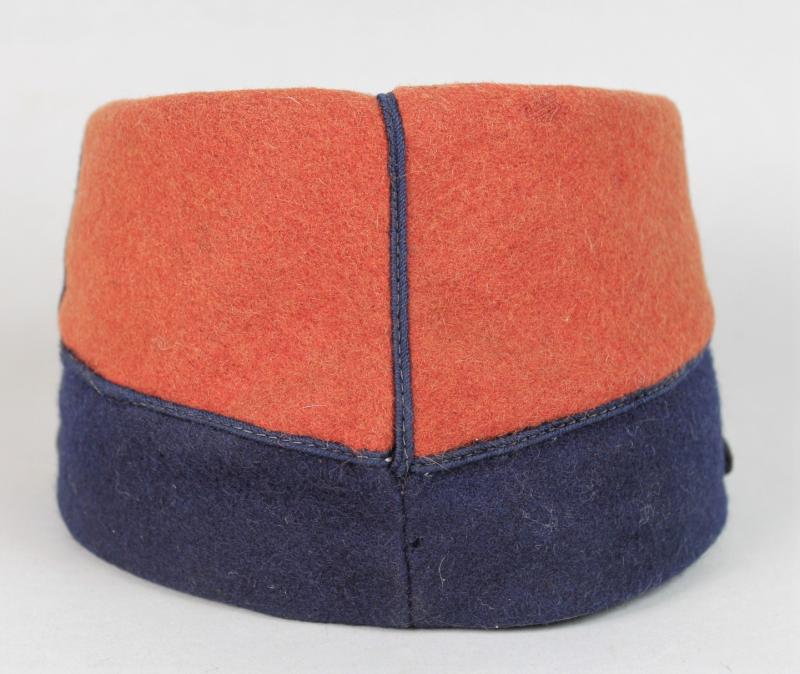 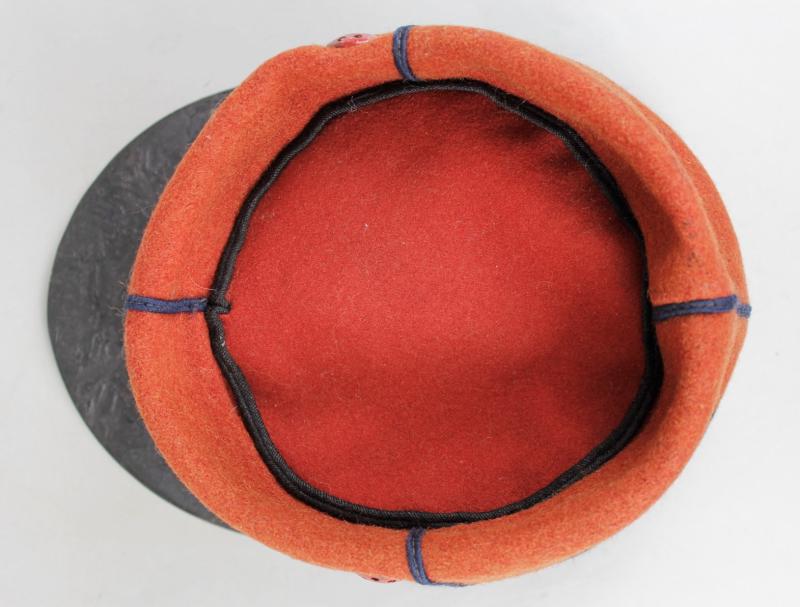 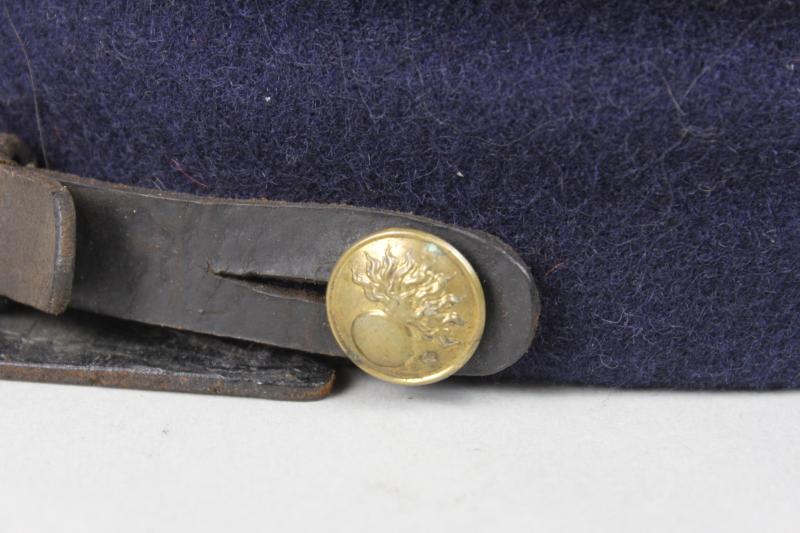 An M1884 private purchase infantry kepi of an other ranks soldier from the 114th Infantry Regiment.
Many French soldiers had to purchase their own uniform for best dress this being an example as worn by a member of the other ranks. The early prewar style is distinctive with its red cloth & dark blue cord piping . Hardly differing from an issue version externally the interior of black satin with a black leatherette sweatband is of a much higher standard than those issued from stores. this more akin to a basic officer or NCO quality. With tombac flaming grenade infantry buttons to each side the condition of this beautiful piece is excellent having no discernable moth holes or damage to the leather.

The 114th were garrisoned at St-Maixent & part of the 34th Brigade , 17th Division during the early part of WW1.