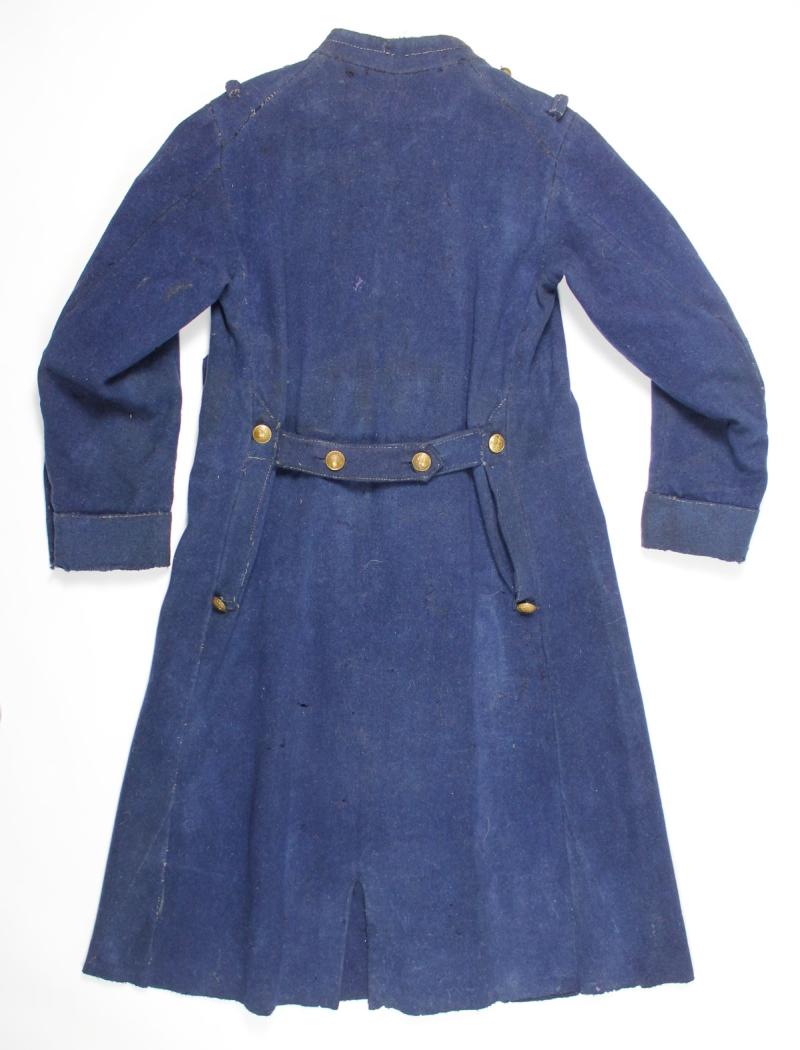 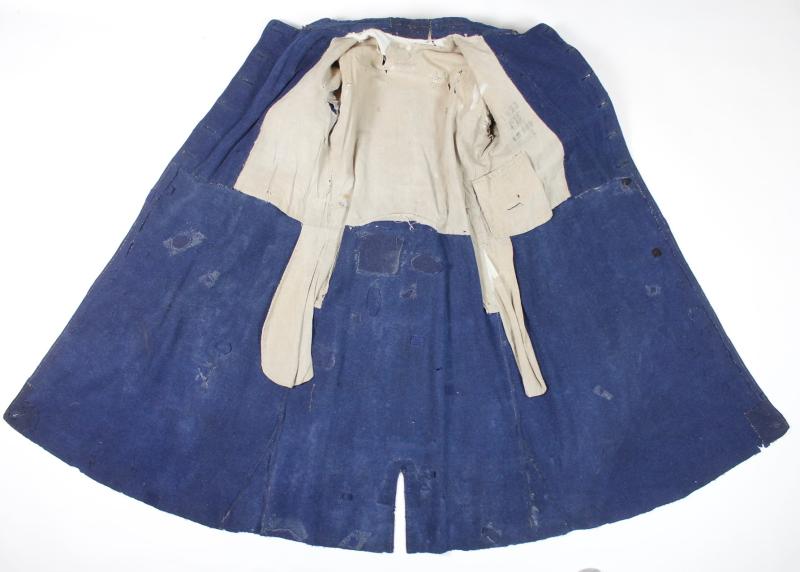 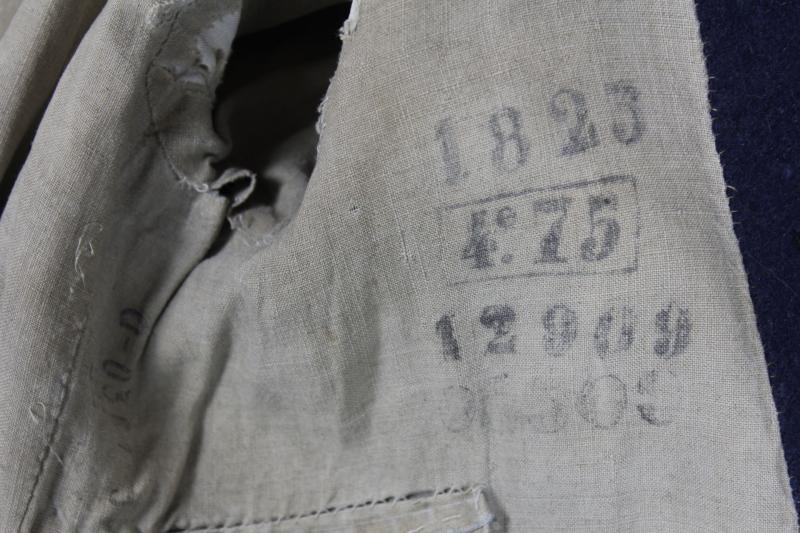 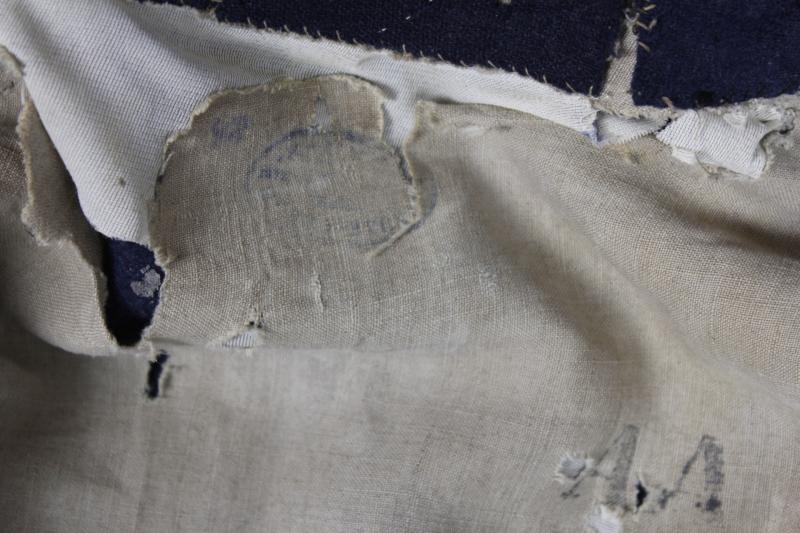 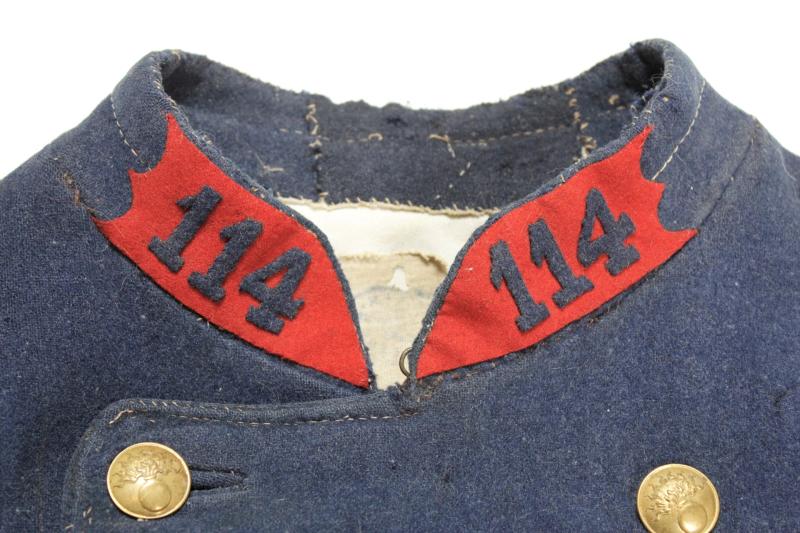 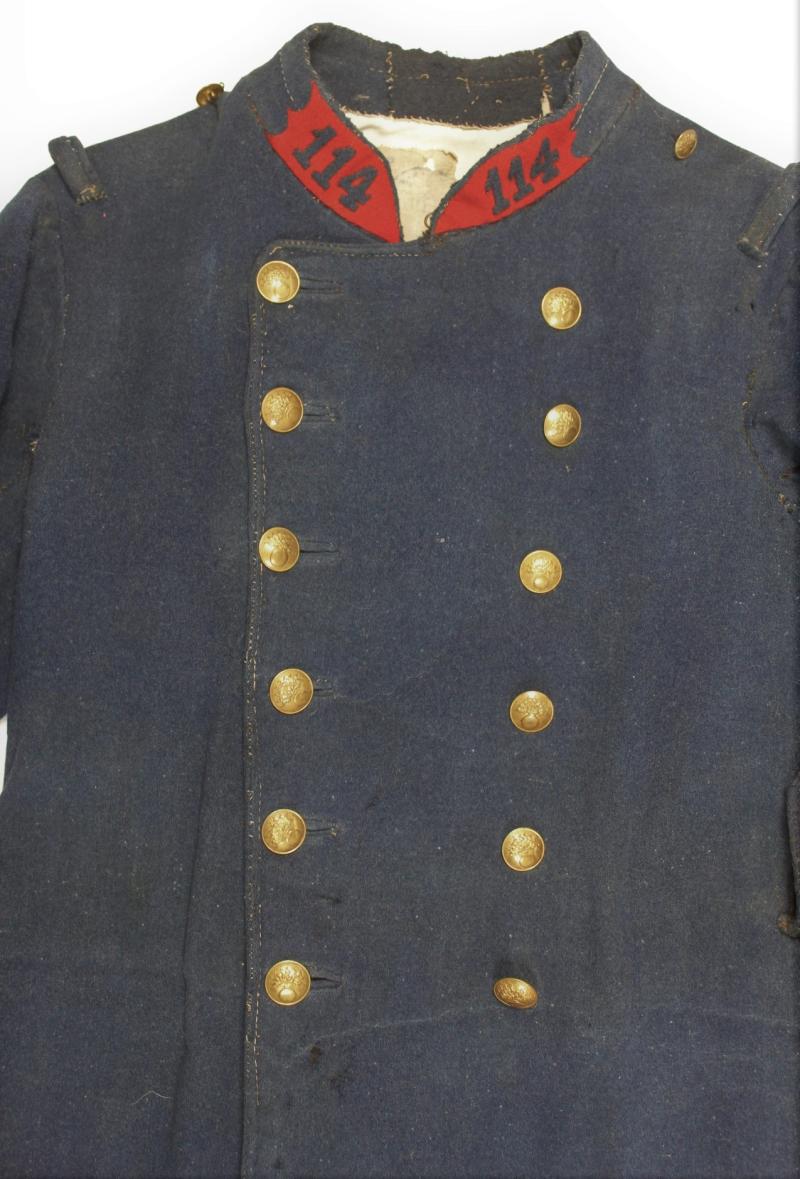 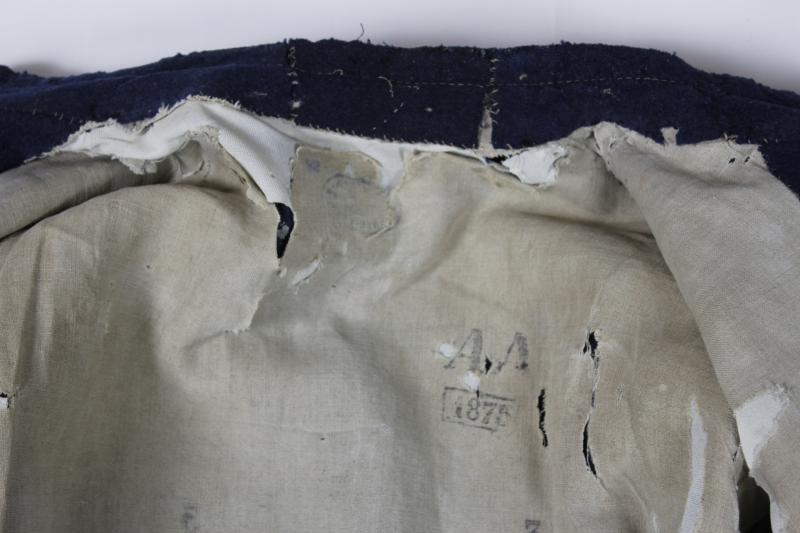 If you are looking for a mint example of the rare French M1877 Greatcoat then read no further !
This heavily worn prewar piece is as was worn by French troops in the early 1914 period until the introduction of the Horizon Blue uniform shortly after the war began. It has moth issues which are well photographed however still a rare item considering it was made over 100 years ago.
Made of 90% dark blue woollen cloth with a 10% white wool mix this coat was officially issued as the main garment after 1855 both in winter & summer. All six rows of its large tombac buttons are present to the front with front skirt buttons intact allowing the
coats bottom corners to be buttoned back. The leather reinforced loop to rear left side is present allowing support of the belt equipment & to attach the bayonet frog. Standup collar has red scalloped patches of the 114th Infantry Regiment & may well be very old replacements. Interior of coat has off white linin lining with profuse stampings . A faint maker stamp is present now illegible with size markings to left breast. The regimental marking of ' 4e75' appears to left breast with some other issue marks ( See images ) . There are a number of patch repairs applied to the inside of the coat with some repair around the bottom of the collar area although overall for its long service life & age it has survived very well.
A rare item applicable to the early 1914 battles of WW1 & almost impossible to find at all in any condition.