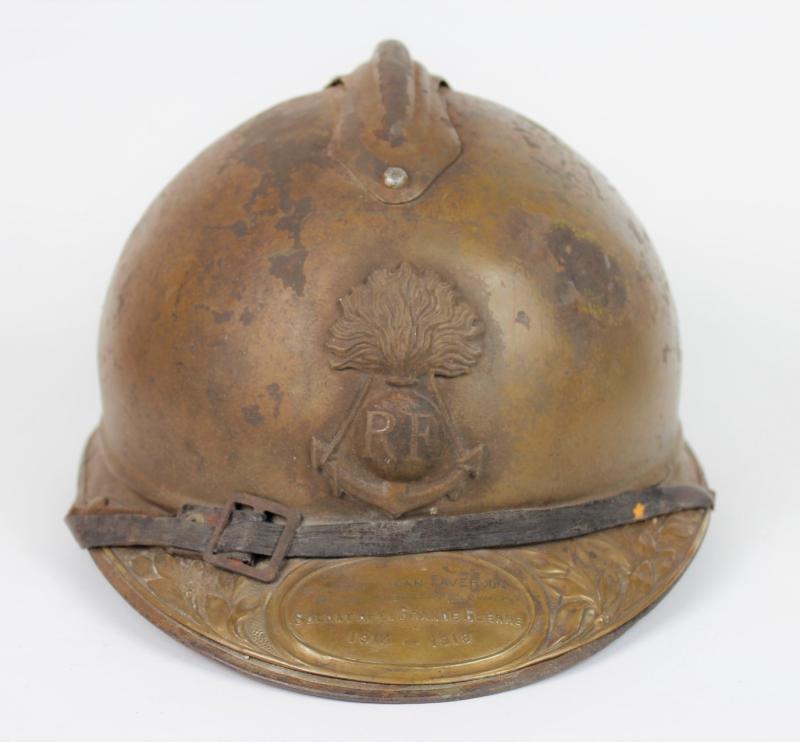 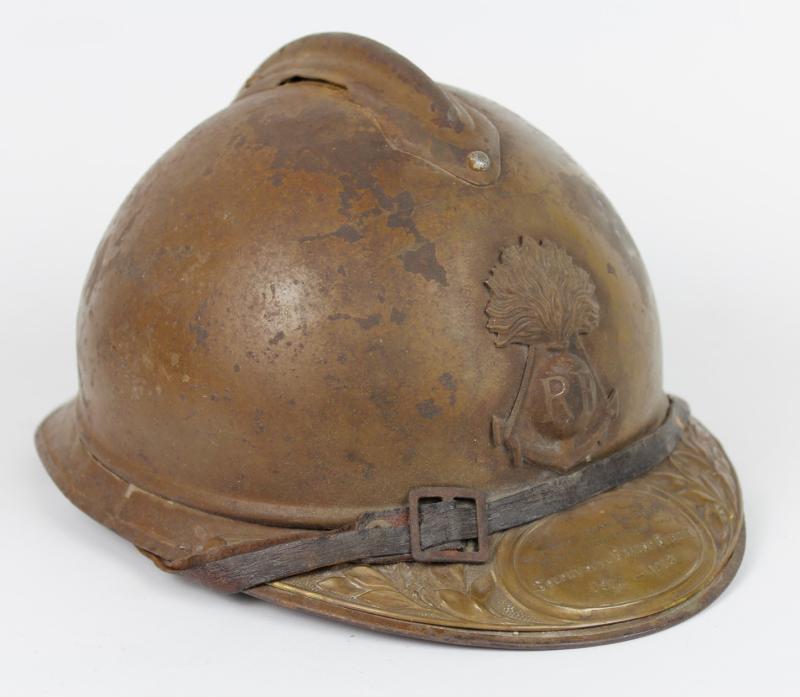 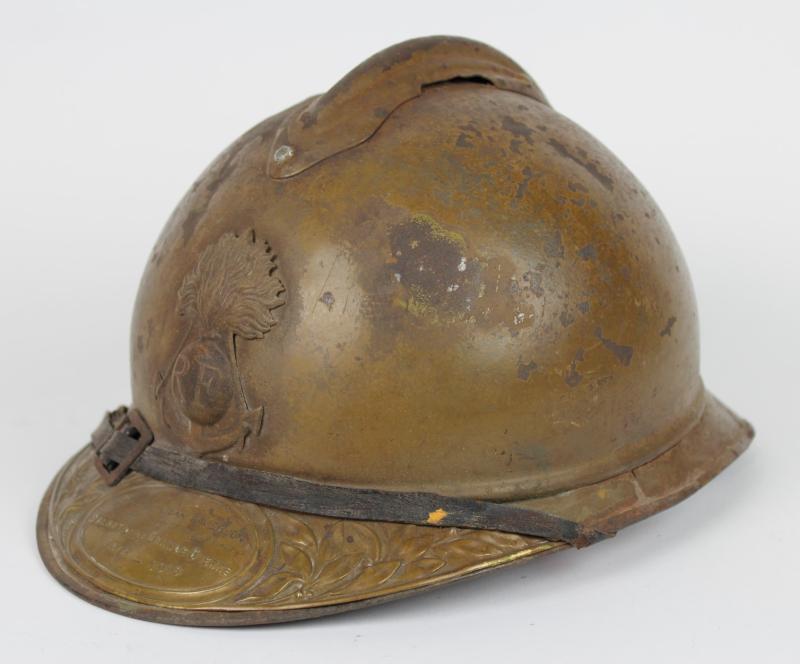 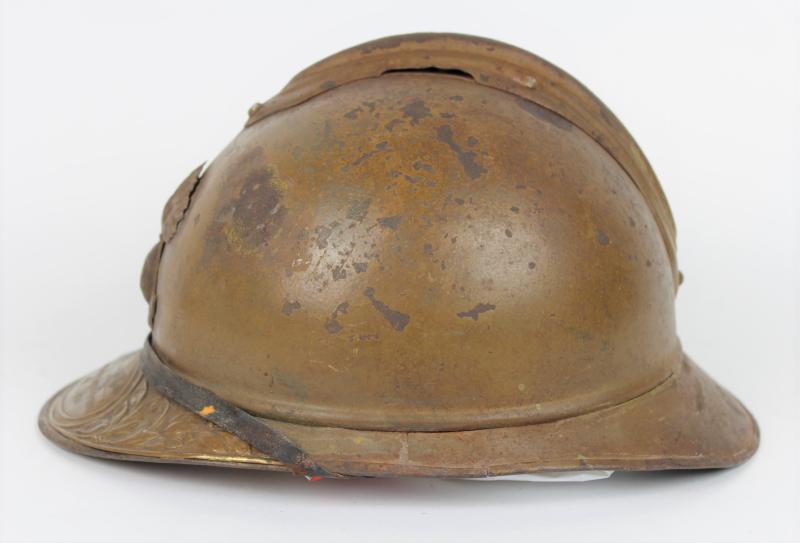 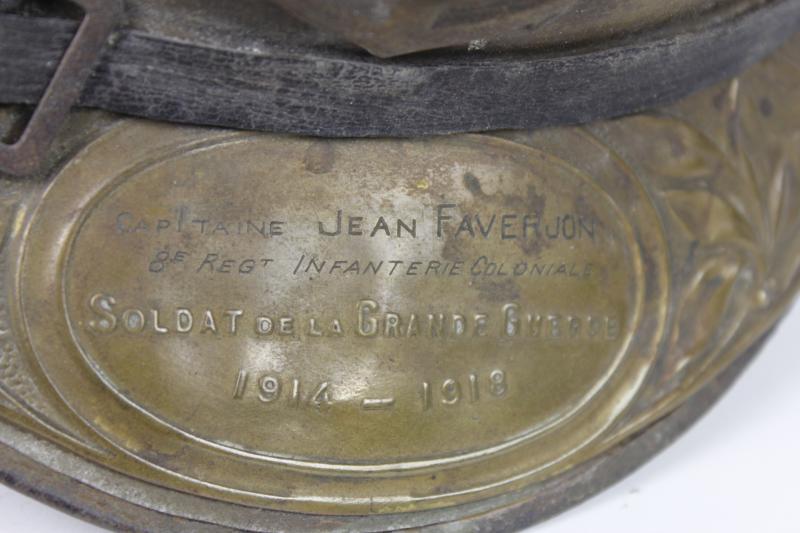 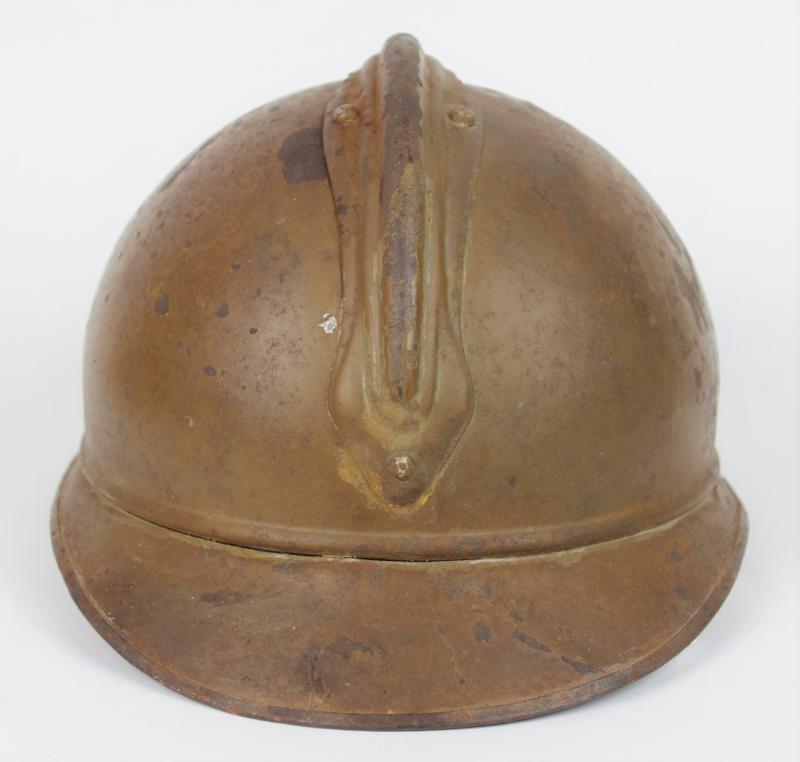 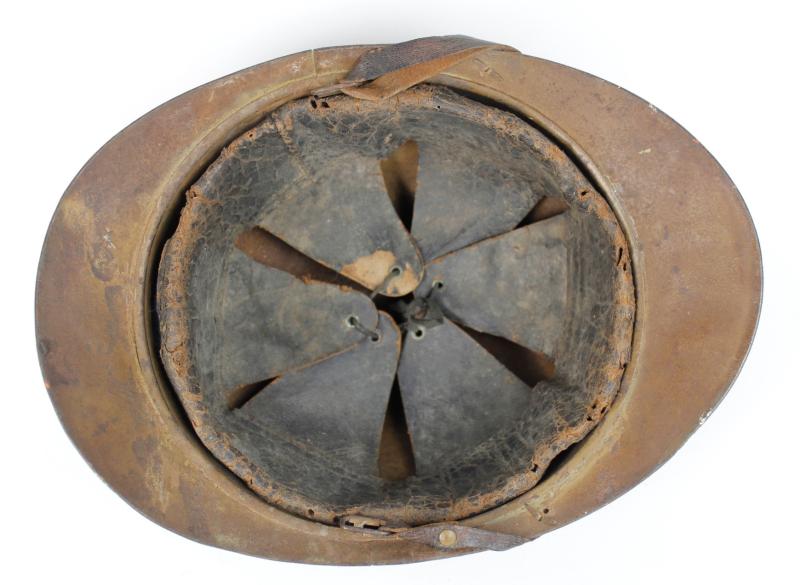 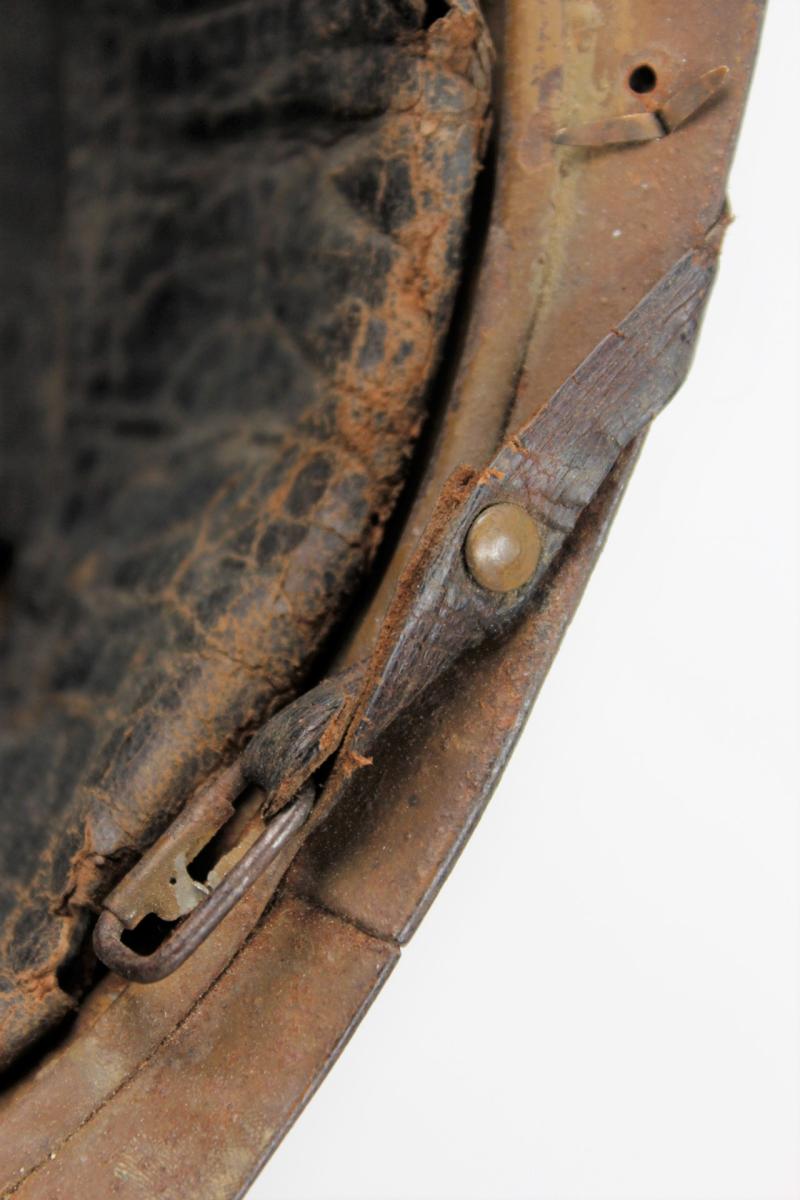 A very nice WW1 M15 Colonial Adrian helmet with souvenir plaque to an officer of the ' 8th Colonial Infantry Regiment.
In the mustard colour of the 'Armee D'Afrique'
these were first issued to Colonial troops in their factory blue but then mustard painted as the war went on . A mix of the early blue & different shades of the mustard colour will be encountered as it was never standardised. As is well recorded the brass souvenir plaques were awarded to each soldier at the end of the war with early examples being named to its recipient. This was soon dropped due to the sheer volume of numbers becoming impractical & so named examples are difficult to find. The rank, unit & name of 'Capitaine Jean Faverjon 8e Regt Infanterie Coloniale ' is engraved on this plaque with a surname of the soldier also the standard ' SOLDAT DE LA GRANDE GUERRE 1914 - 1918 ' . Overall chips & scuffs to the exterior paint would suggest a well fielded officer with a first pattern one piece liner of early issue. Helmet made by Japy & with its original early thin brown leather chinstrap.
A fabulous piece & an important part of Adrian helmet history.