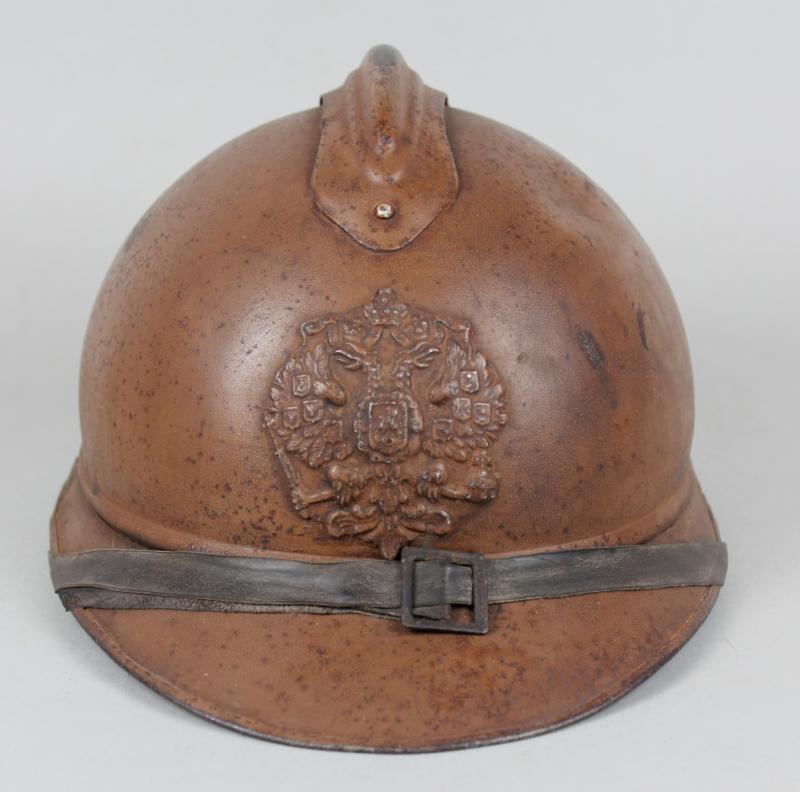 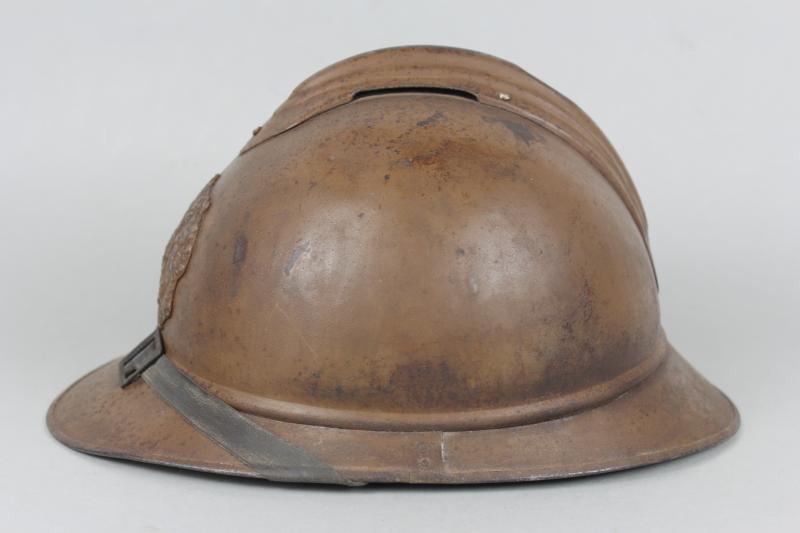 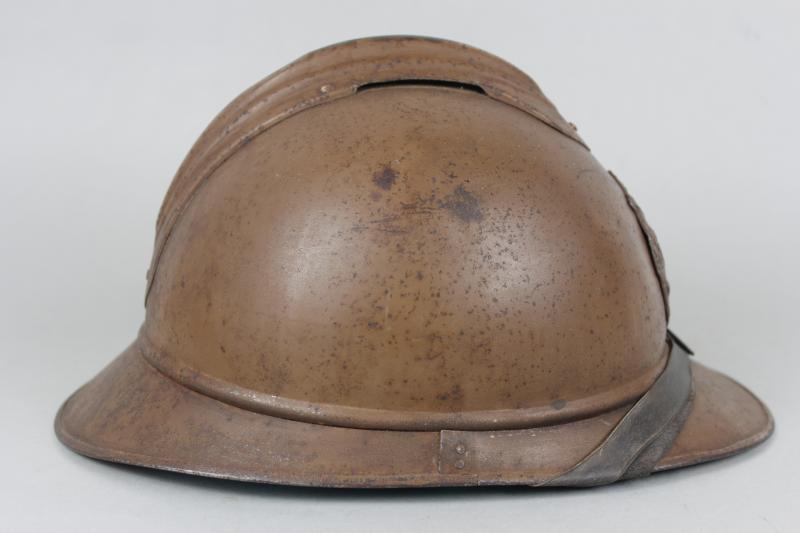 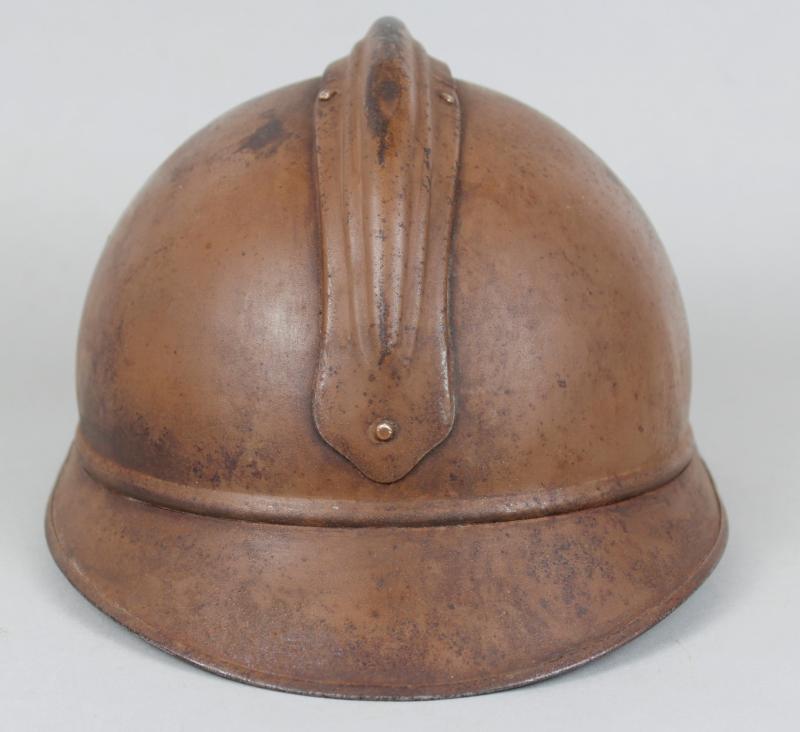 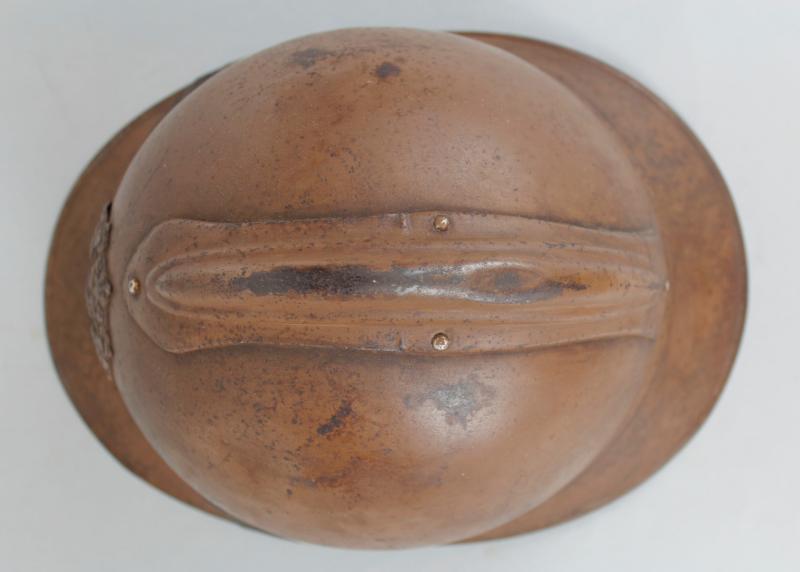 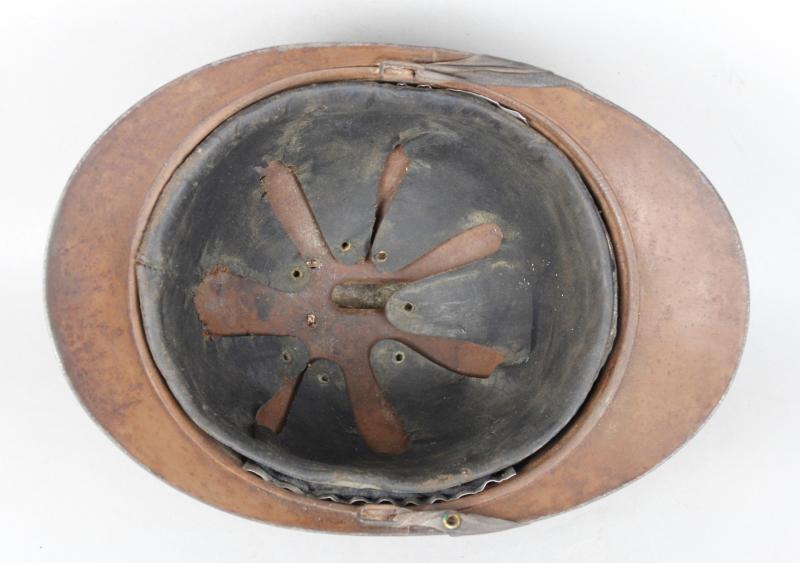 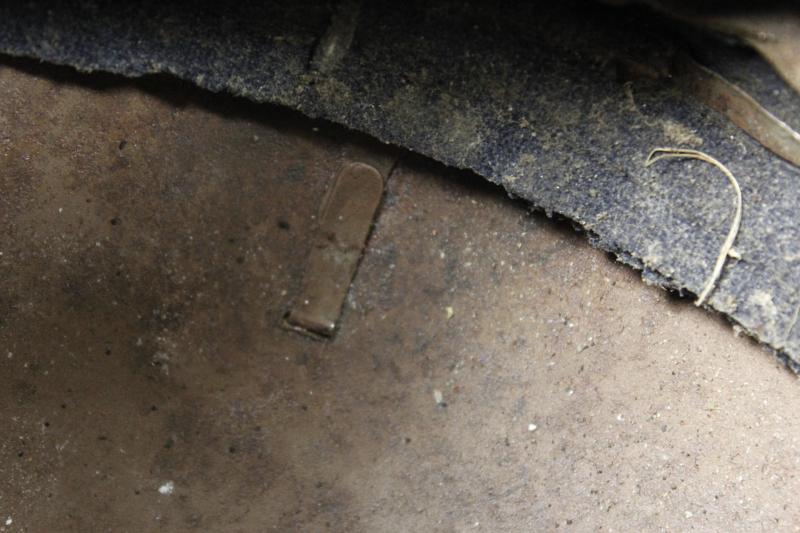 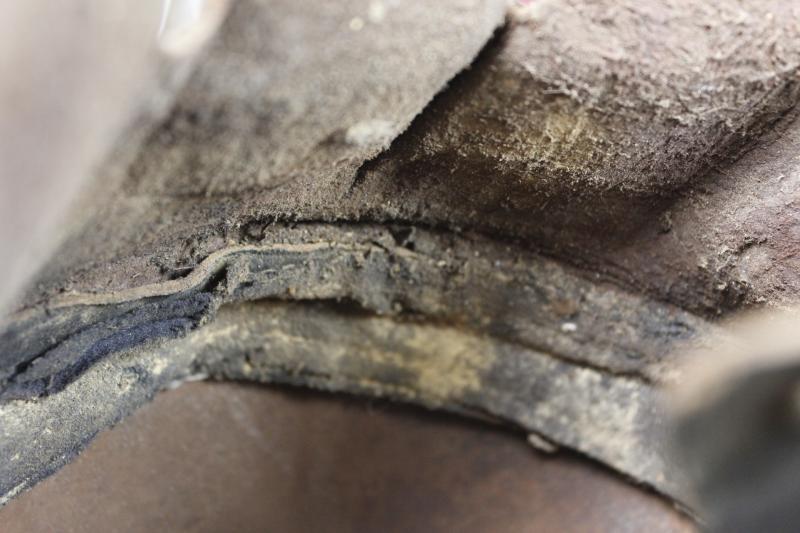 A very rare WW1 Russian Adrian Model 1915-16 helmet in the chestnut brown colour used to match the Russian uniforms .
The Russians ordered 2,048000 Adrian helmets from the French however France was only able to supply 340,000 by the end of 1916. They were identical to the French issue apart from the Russian badge & brown colour ( Of which different shades will be encountered ) .
This fine piece has remained in excellent condition with a high percentage of its original chestnut brown remaining. The Russian badge featuring the double head of Imperial Russia is totally original to the helmet & remains firmly in place. See images for prong detail. An early one piece liner can be seen to the inside with its original chinstrap remaining in place.
Even with the large number of these Russian helmets produced they remain difficult to find this believed to be due to Russia being involved in a number of conflicts following the abdication of the Tsar & the Treaty of Brest-Litovsk on the 15th December 1917 ending the war between Russia & the central powers. These helmets continued to be used usually with the Imperial badge removed from the front . Other countries made use of the Russian helmet again usually involving the removal of the original badge.
A piece that has survived in very good condition & rarely encountered today.