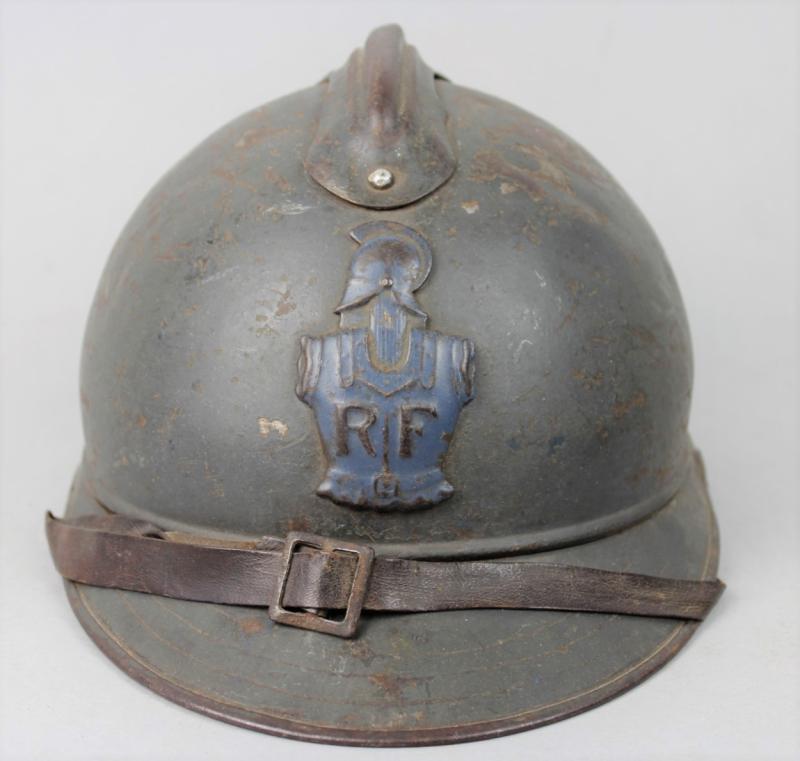 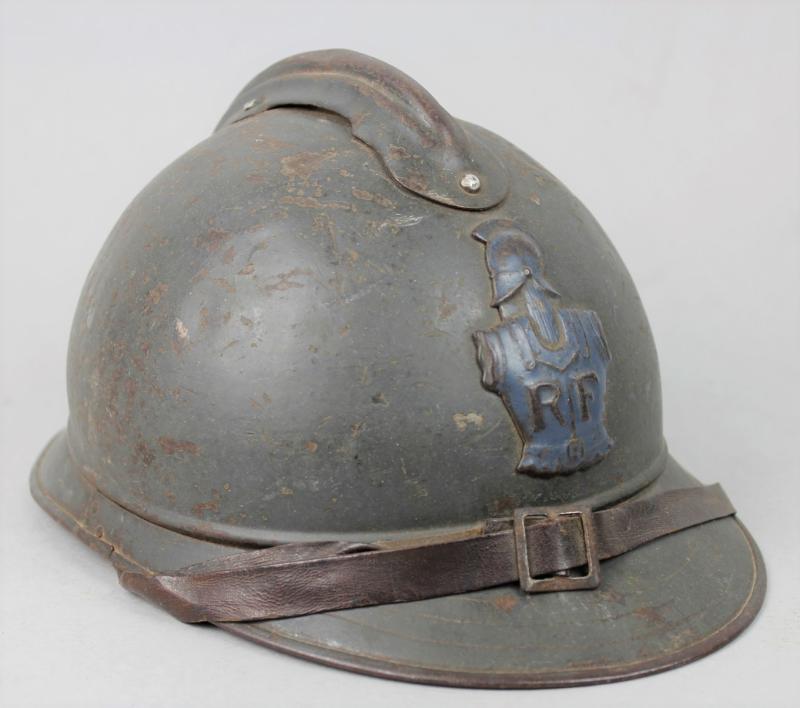 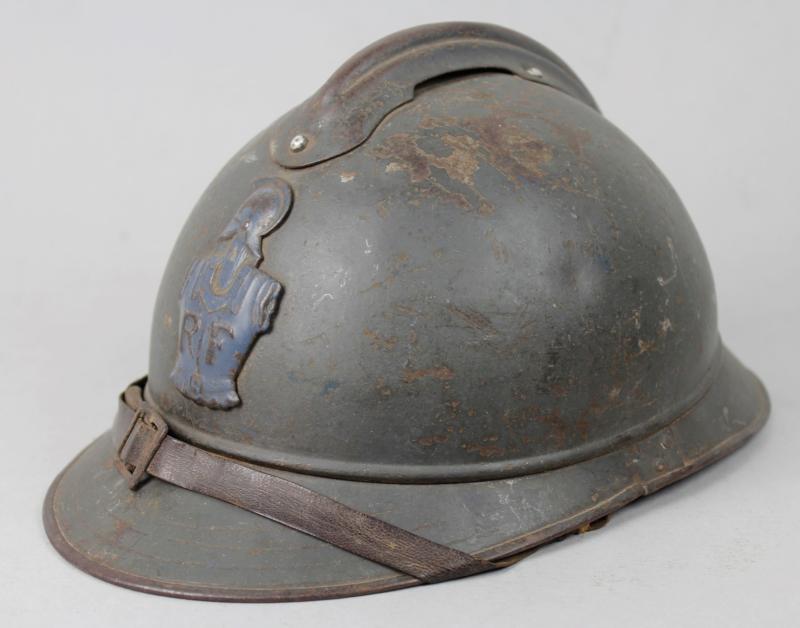 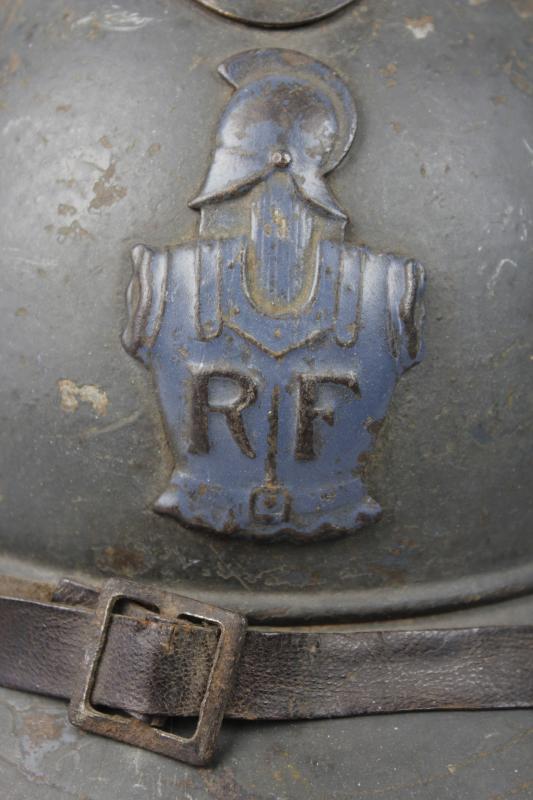 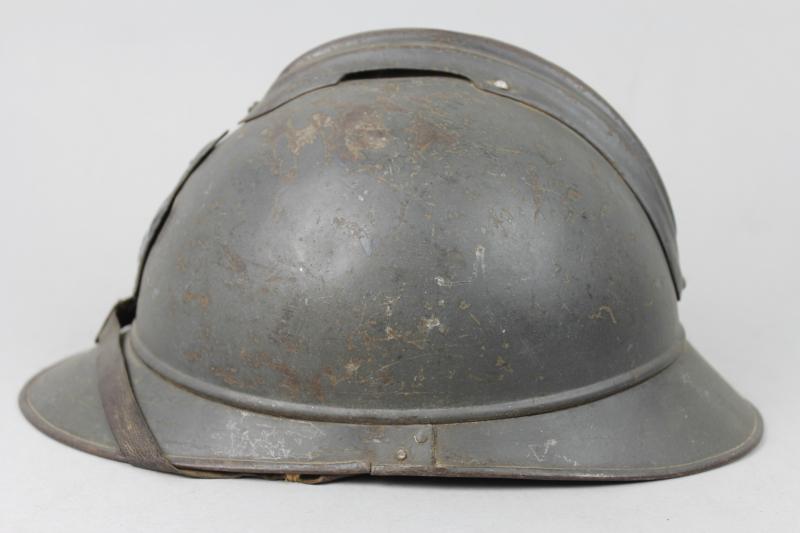 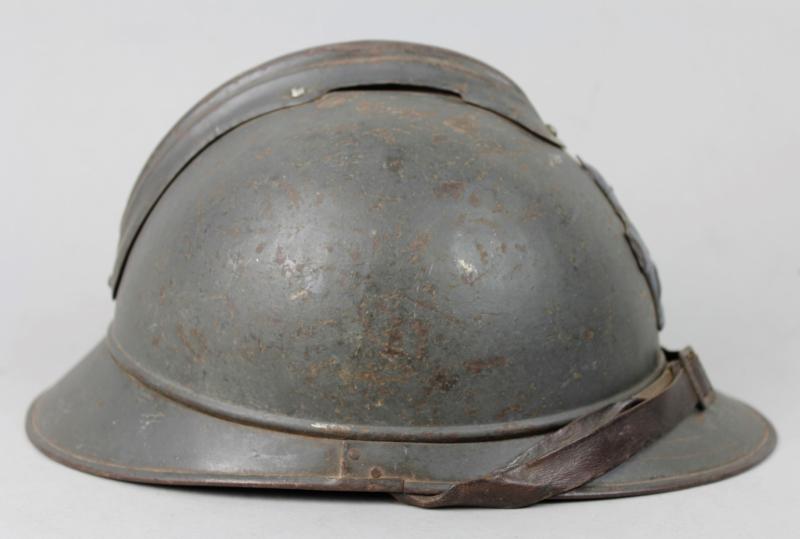 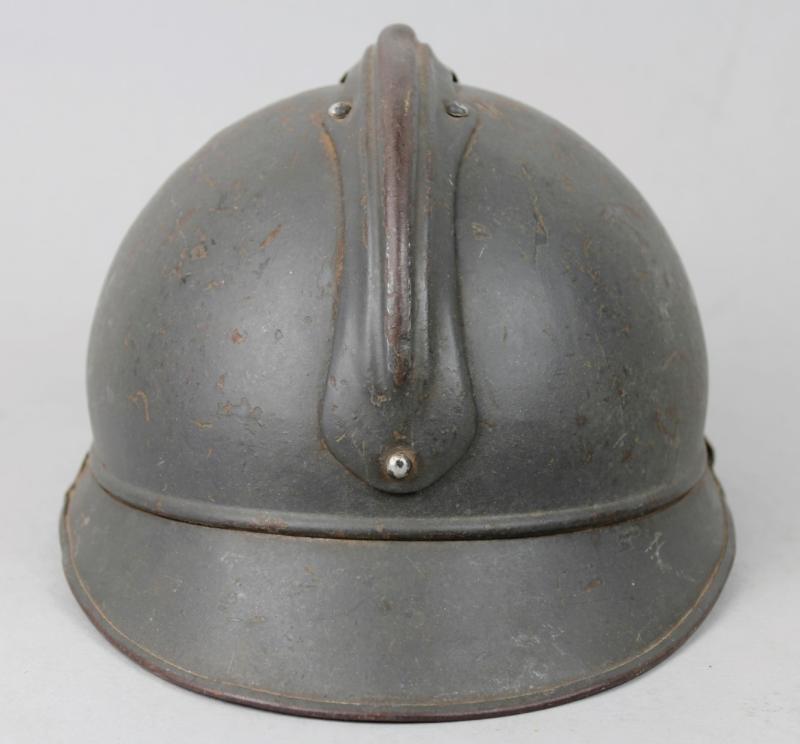 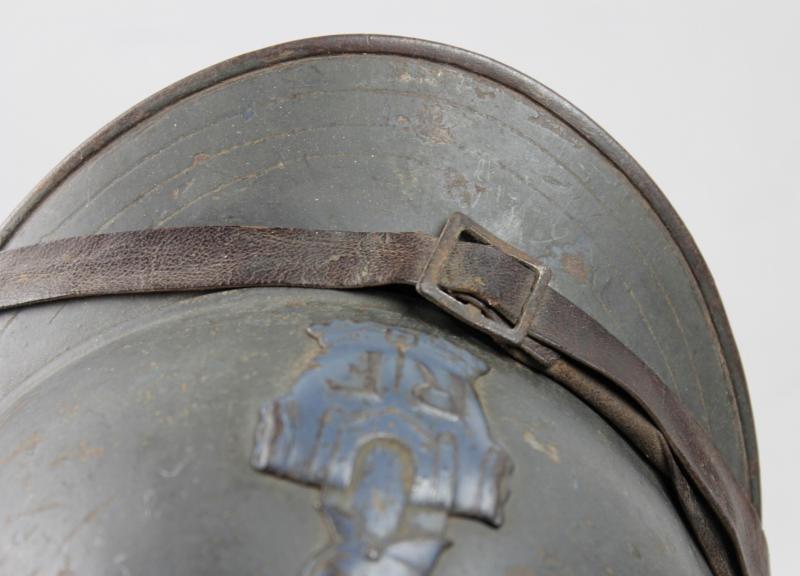 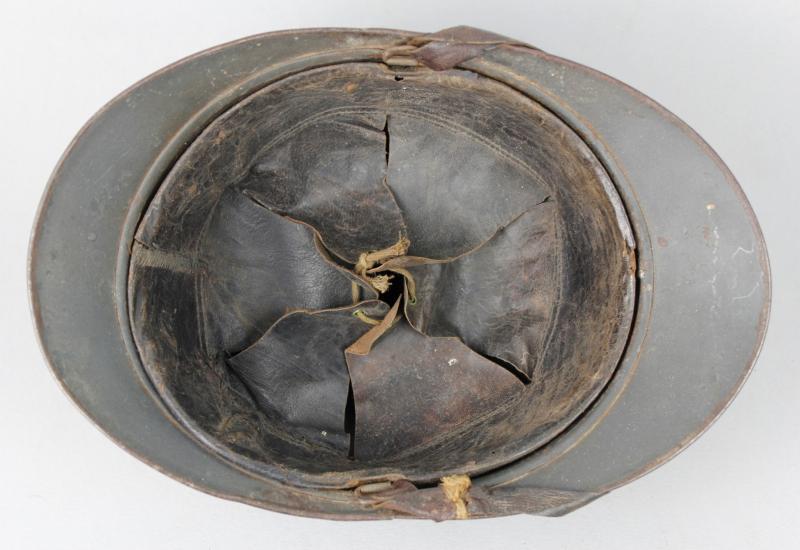 WW1 French Engineers M15 Adrian helmet with early blue paint , original chinstrap & liner.
The shell of this helmet has the blue grey paint of early issues with Engineers badge in a different shade denoting a change of branch for the original wearer. badges in different colours areoften seen often being a wartime expedient , change of branch or previously damaged shell from which he carried over his old badge to his new helmet. Interior has a second pattern liner seen as of 1916 with tightening lace still present. Chinstrap intact & in very good order with a piece of string period applied to secure the chinstrap in place at one end. Interestingly the front peak has had lines drawn in it resembling the stitched peak of a cloth cap , an individual adornment according to personal preference & another dimension added to this wonderful helmet.