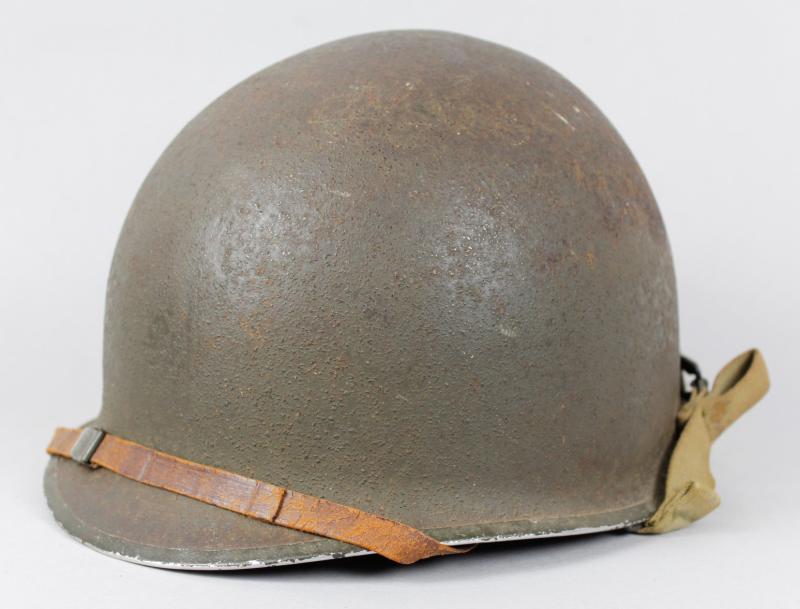 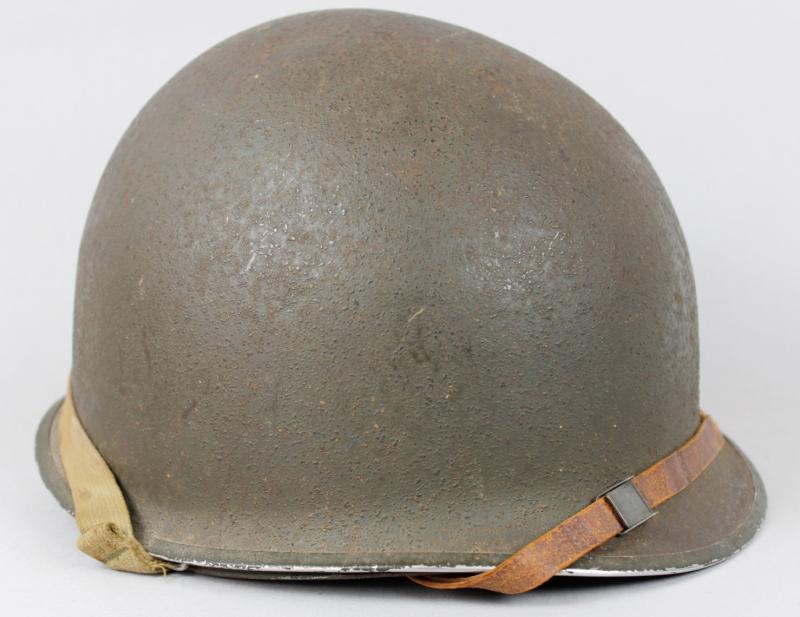 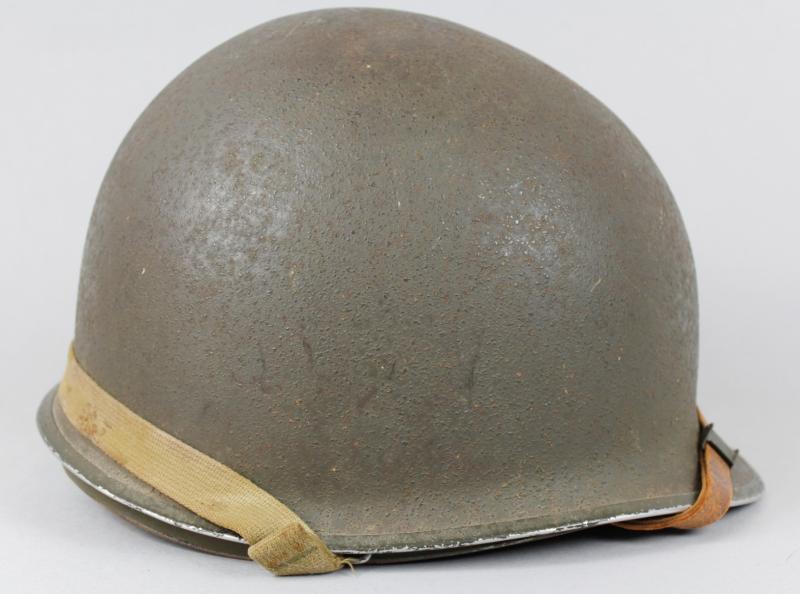 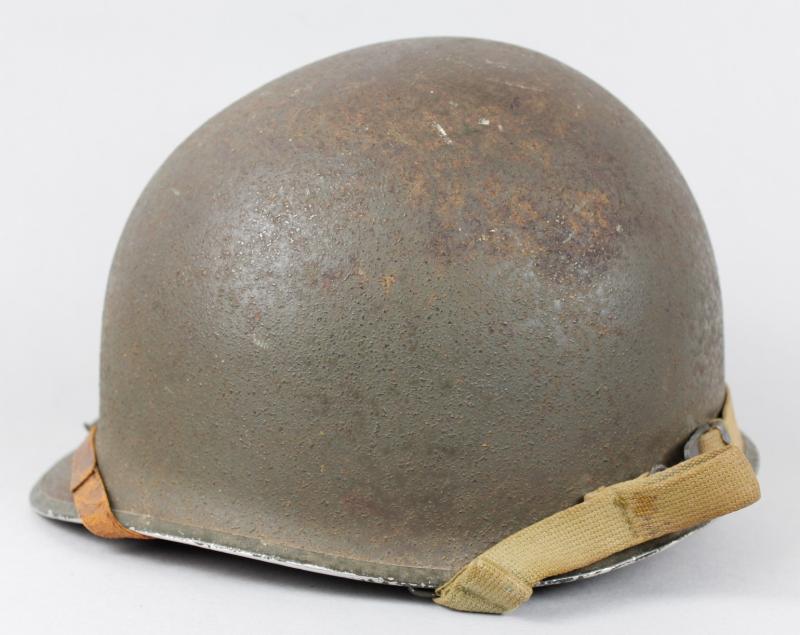 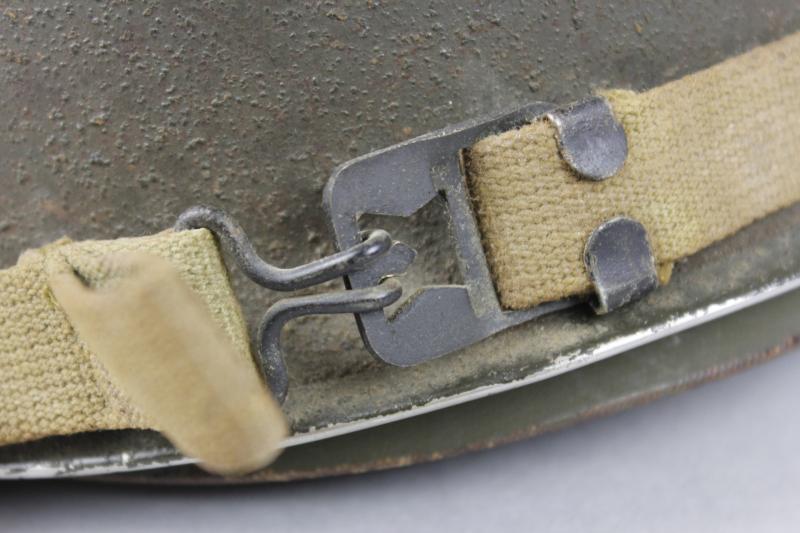 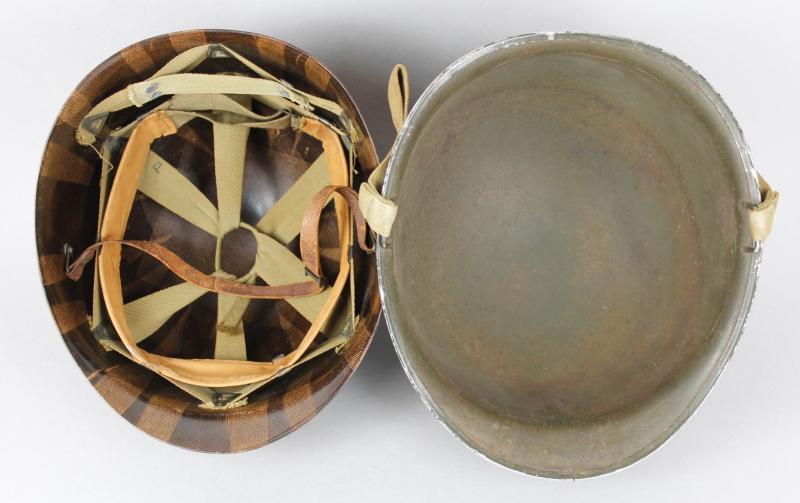 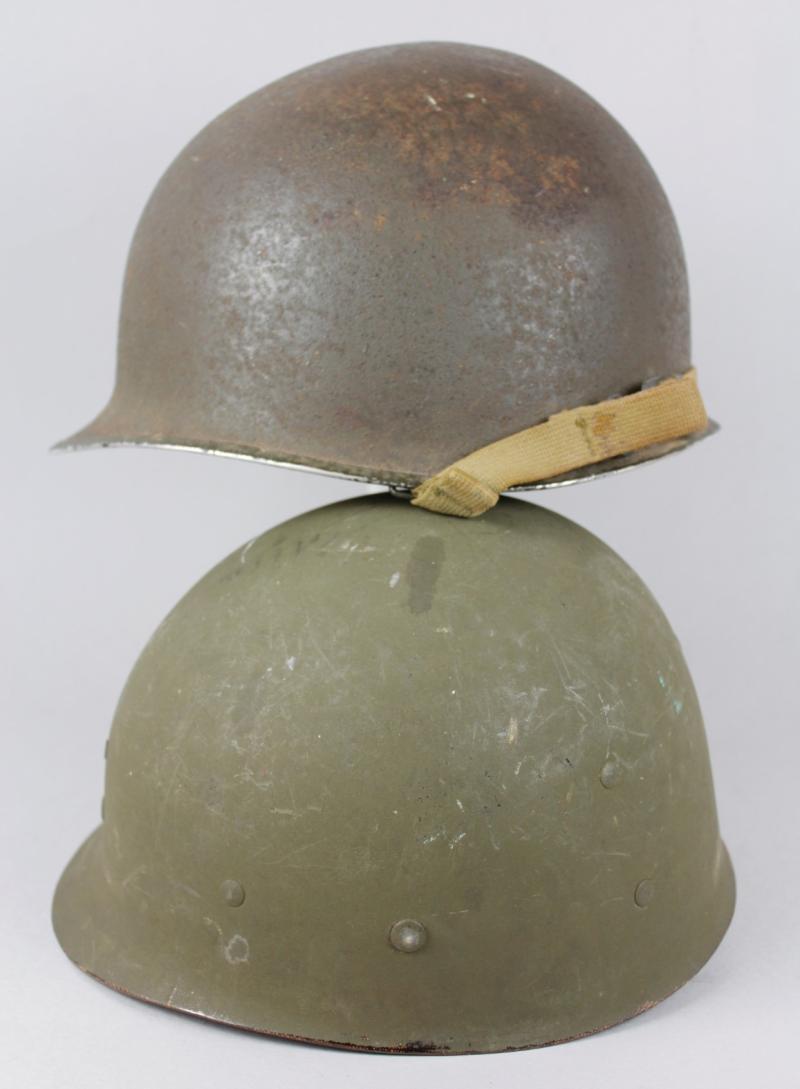 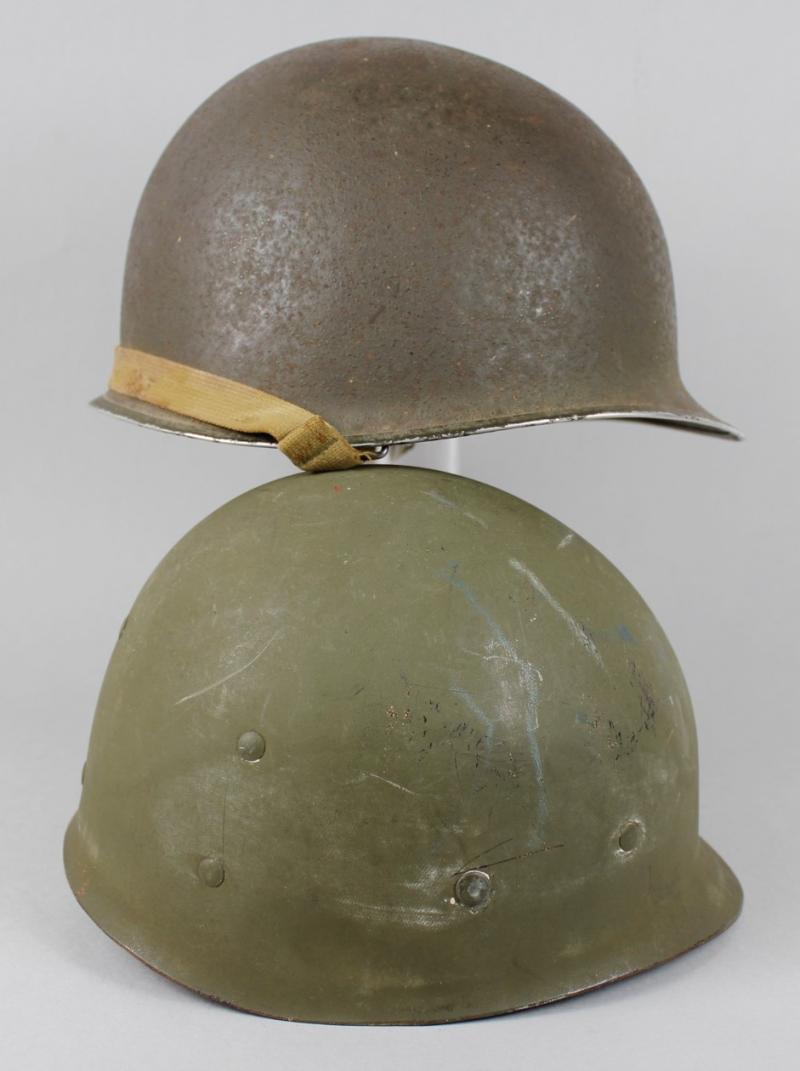 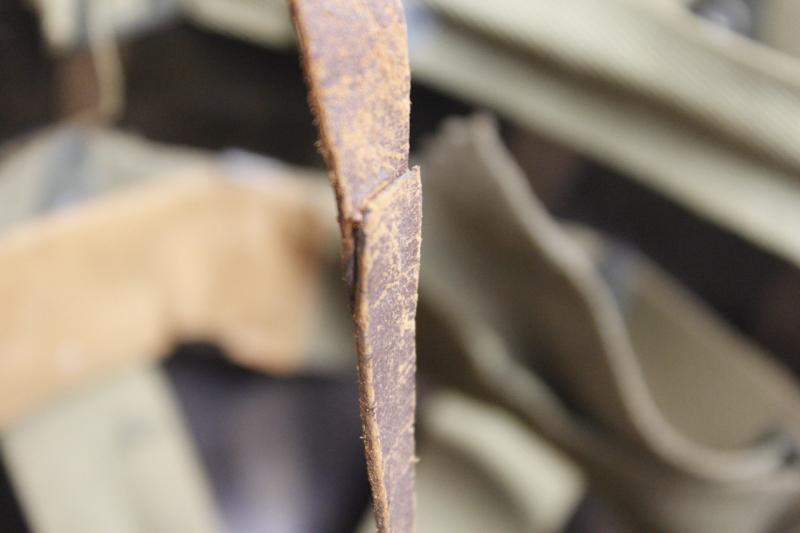 A textbook early to midwar production American M1 steel combat helmet & liner with front seam & fixed bales to shell & a 1943 contract date to the neck band.
This untouched helmet is a pure WW2 issue with its original olive green cork mixed factory paint to shell & tan webbing chinstrap hooked up around the rear of the helmet. The fixed bales , as on this piece, were only made up until 1943 & so we can date this production easily & as one very applicable to early wear by a GI in the North West European theatre. A very good proportion of its original paint remains throughout with some minor loss to the stainless steel rim. Chinstrap buckle is of the rare black painted steel with raised bar . These replaced the previous brass versions due to brass becoming a critical material & were only made with the raised bar in a very limited quantity. The steel lot number to shell of '757B' brings the date of manufacture to the mid 1943 range. Liner is totally complete & a Westinghouse made example as denoted by its 'W' motif to the inside crown. The A washers are of the unpainted zinc coated steel type made from mid 1942 - mid 1943. The neck band is totally original to the rest of the liner system with contract markings of ' CSC W11-009-QM016876 ' referring to the firm Comfort Slipper Corp & the date October 28th 1943. The brown leather liner chinstrap is of WW2 period & has a repair where two ends have been overlapped after breaking.
Overlap good textbook example.