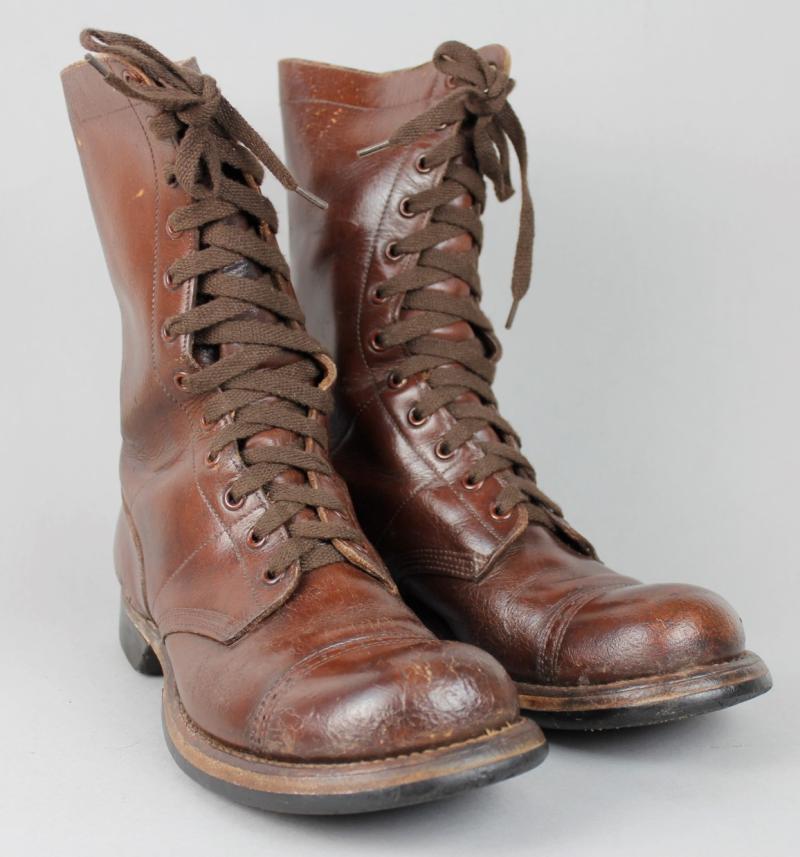 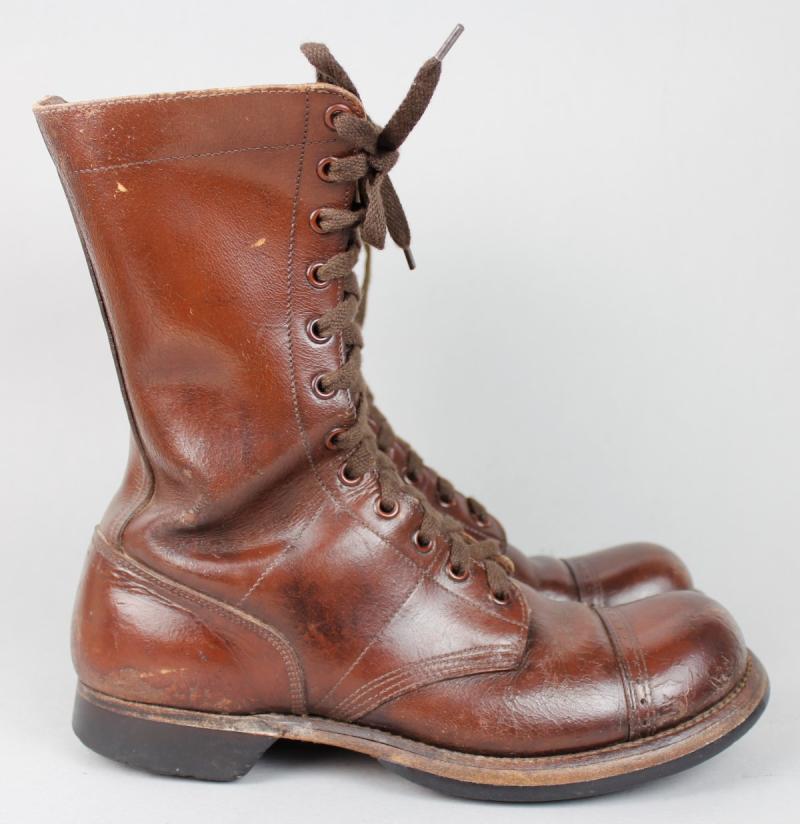 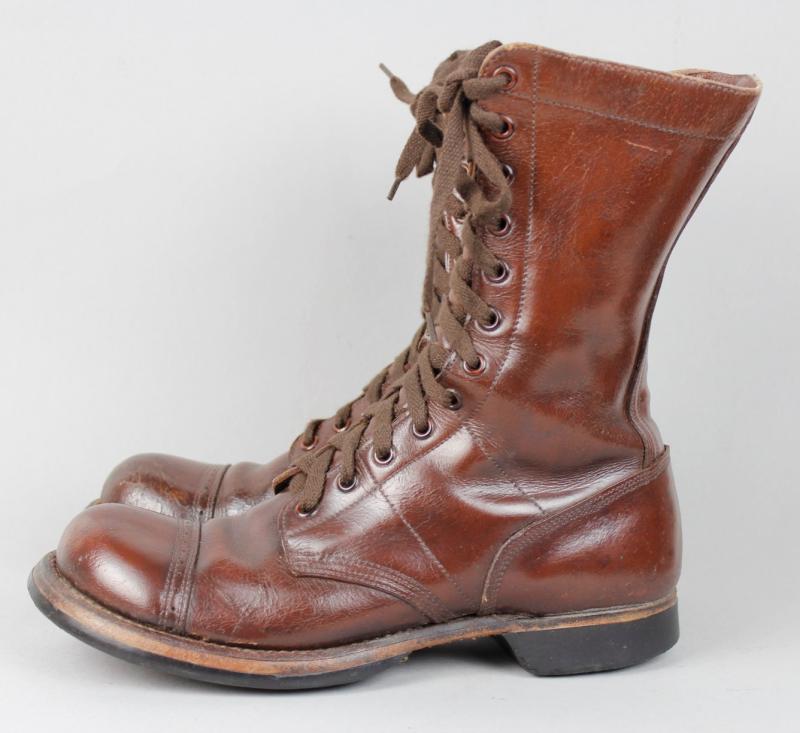 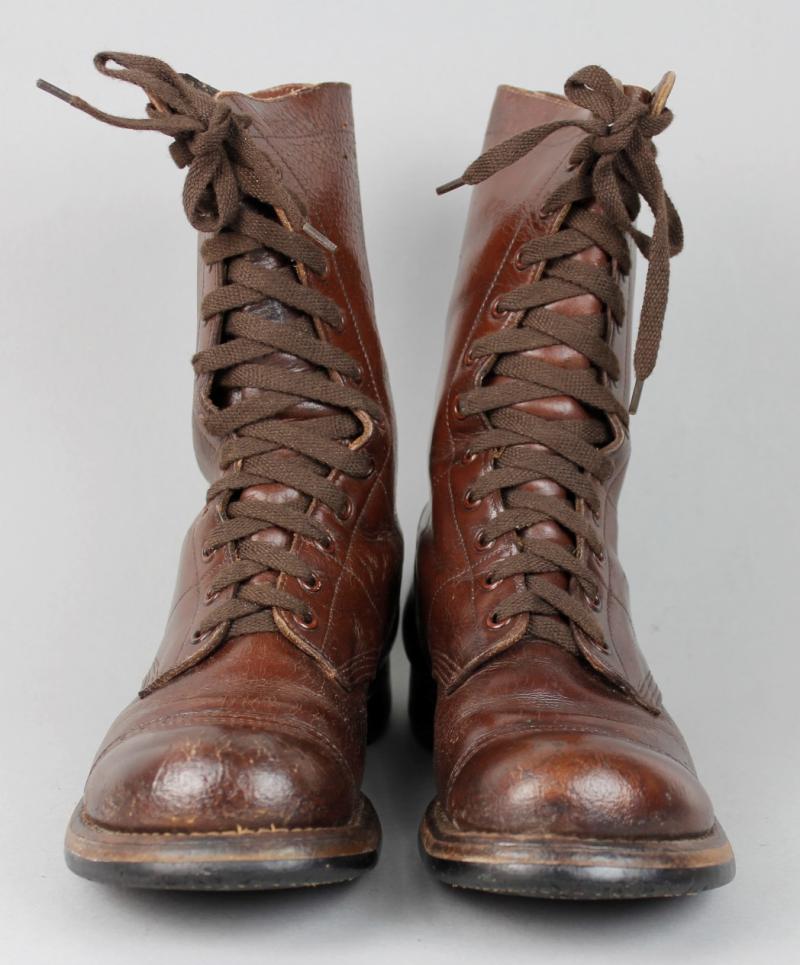 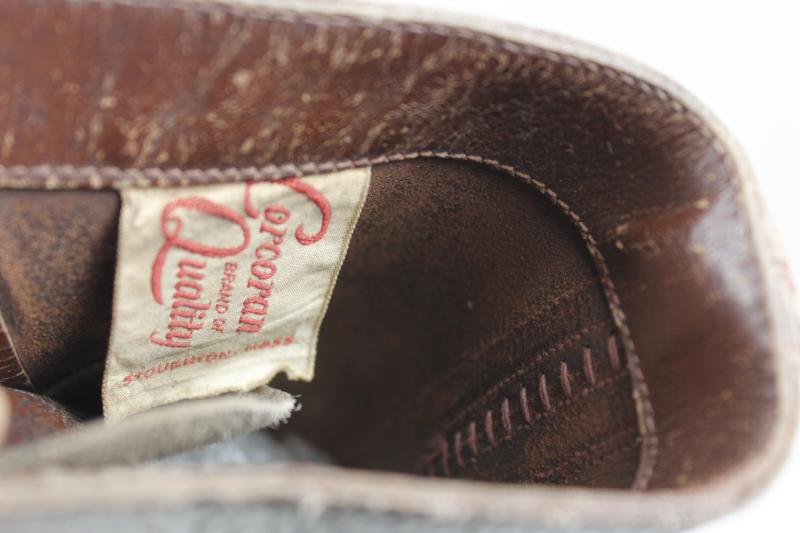 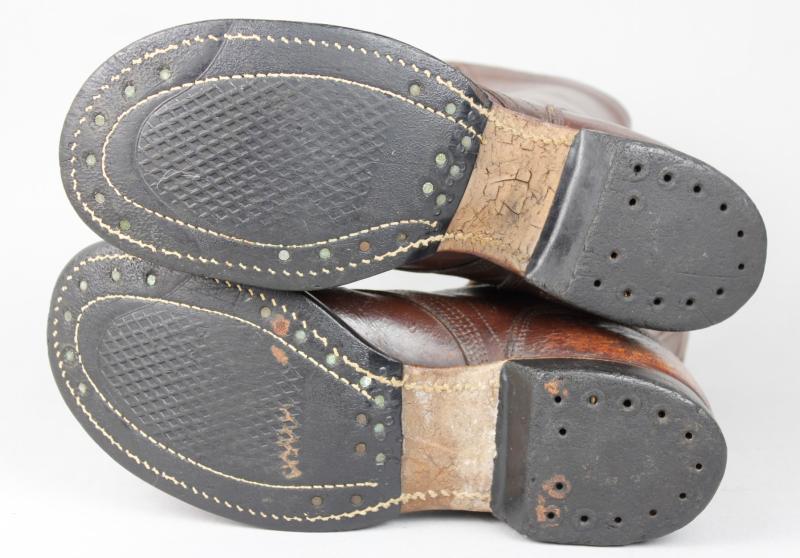 A pair of original WW2 US Airborne jump boots as worn by American paratroopers in WW2. These were also worn in combat by Glider infantry troops who earned the coveted right to wear them being part of the overall Airborne forces in operations such as Normandy where both fought famously as part of the Allied invasion forces.
These distinctive boots are made by the famous ' Corcoran' firm & bear the ' Corcoran Quality' label to inside of the right boot. Corcoran were a famous shoemaker who supplied a higher quality of jump boot to officers & other ranks who could afford to buy them . They have size markings on inner top edge. The distinctive features of correct paratrooper jump boots are all present with reinforced uppers for ankle support , black rubber anti slip soles & bevelled front edge to the heel to prevent parachute rigging lines becoming entangled during the jump.
In excellent condition the leather is still supple.