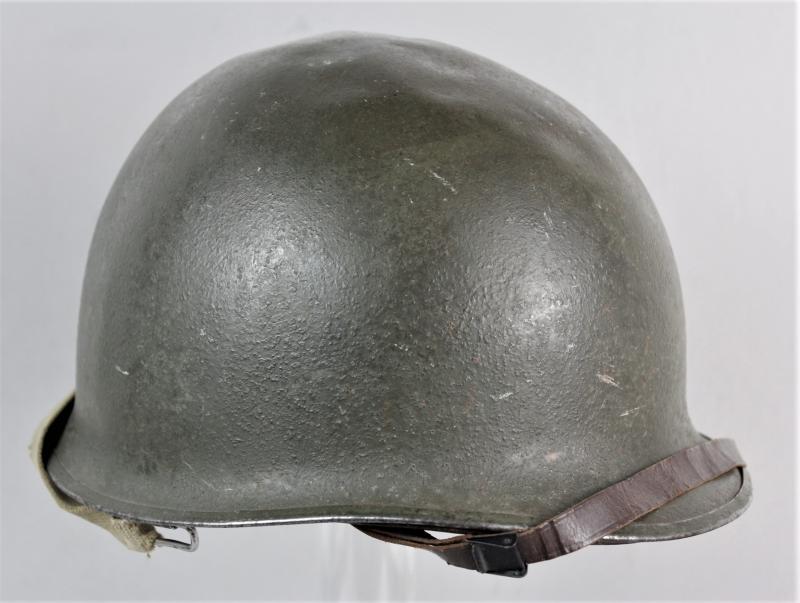 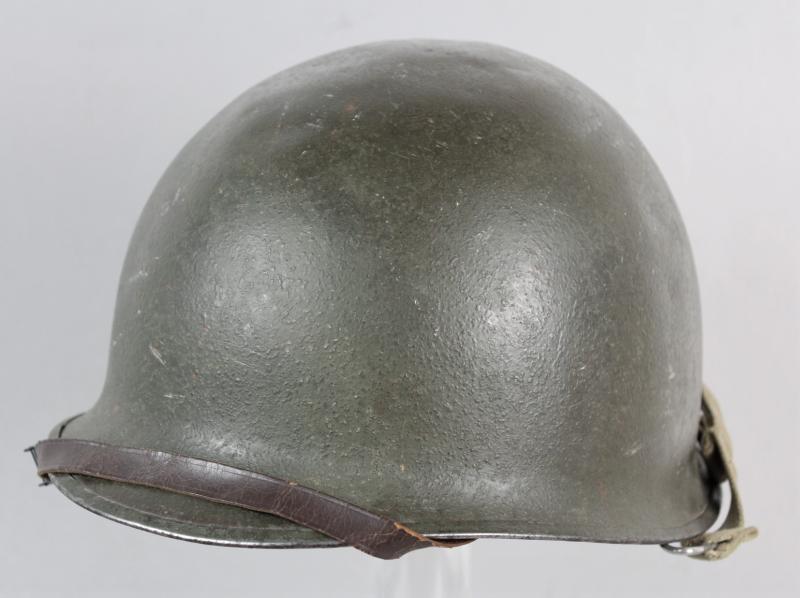 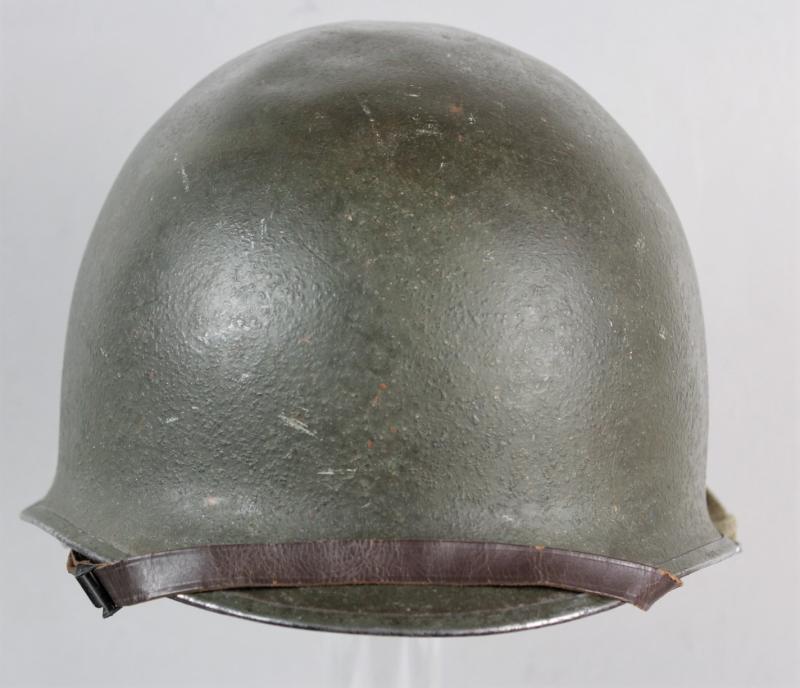 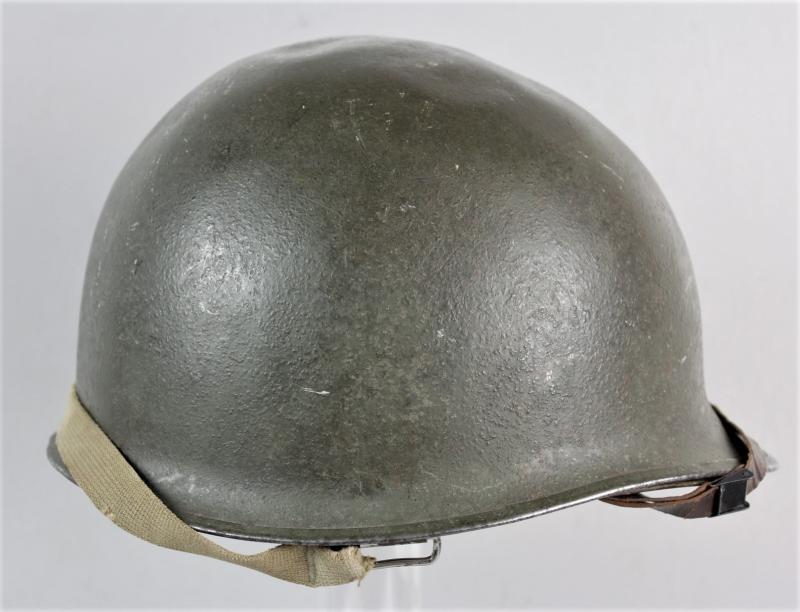 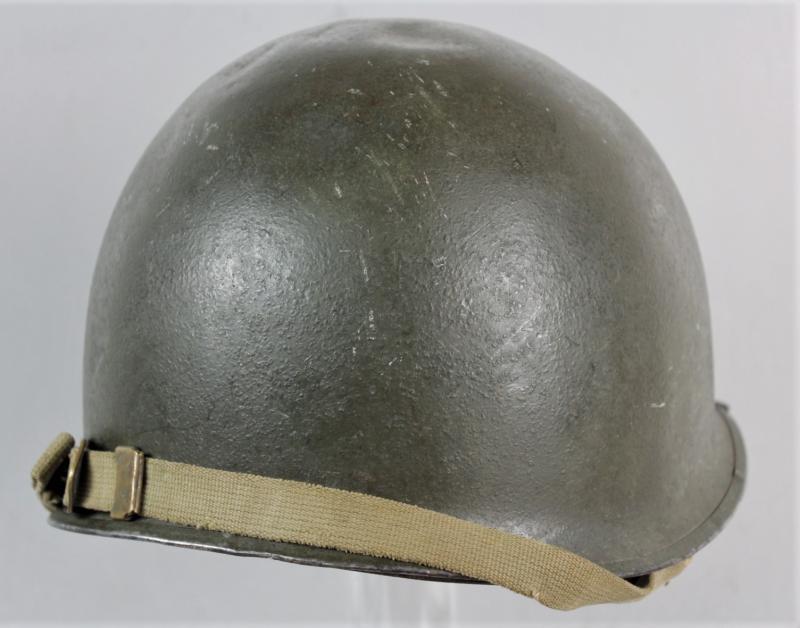 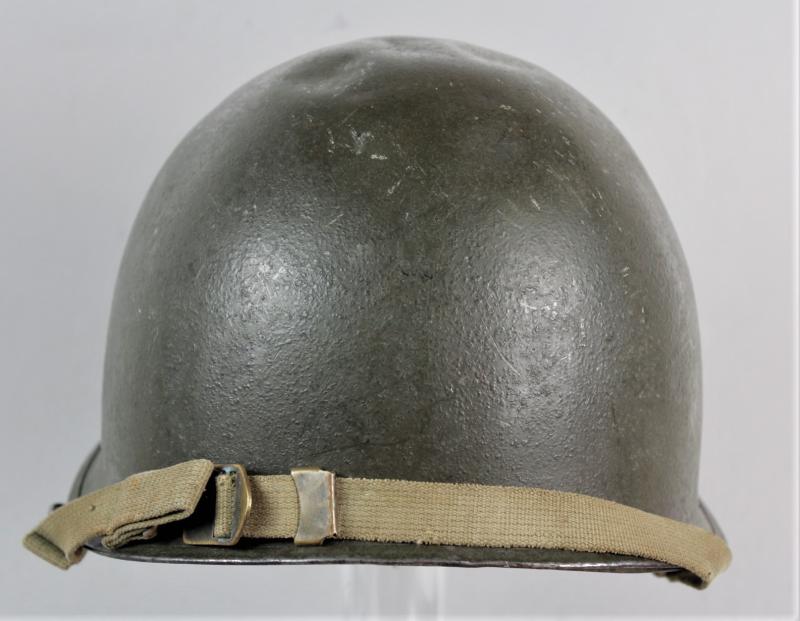 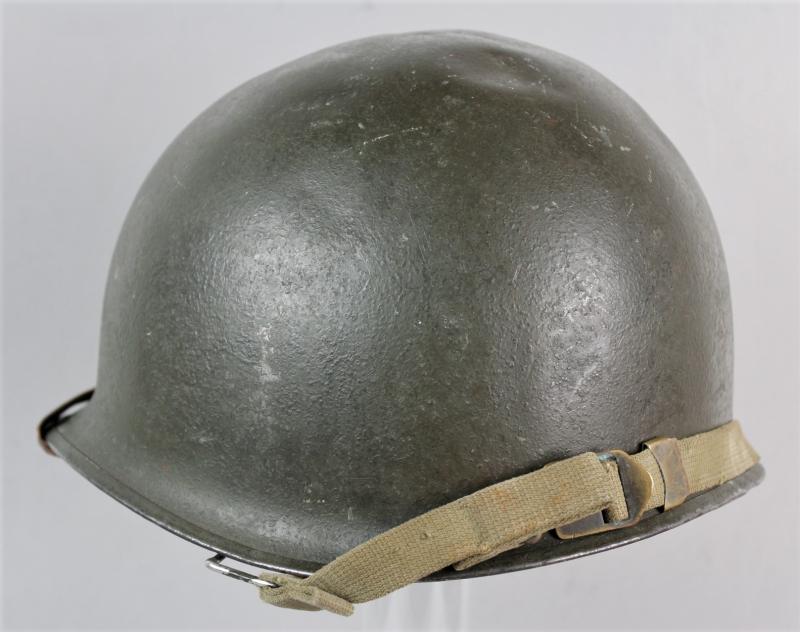 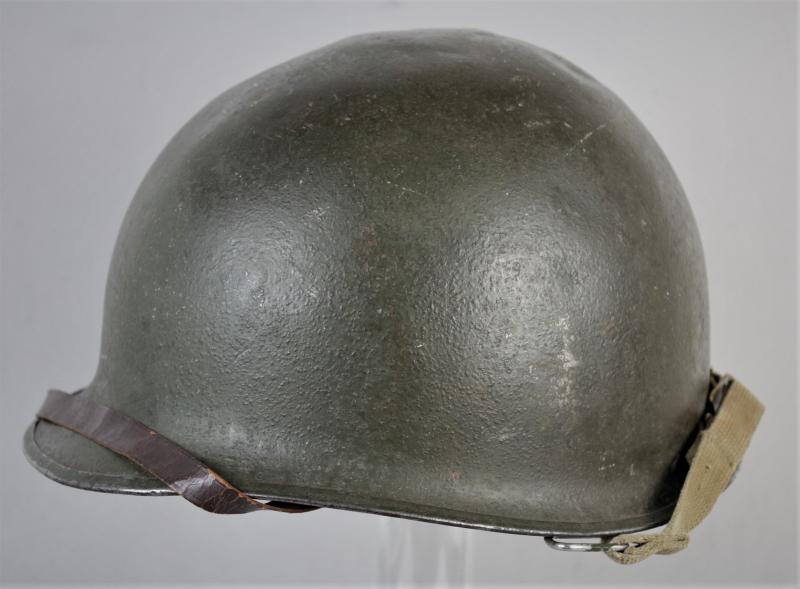 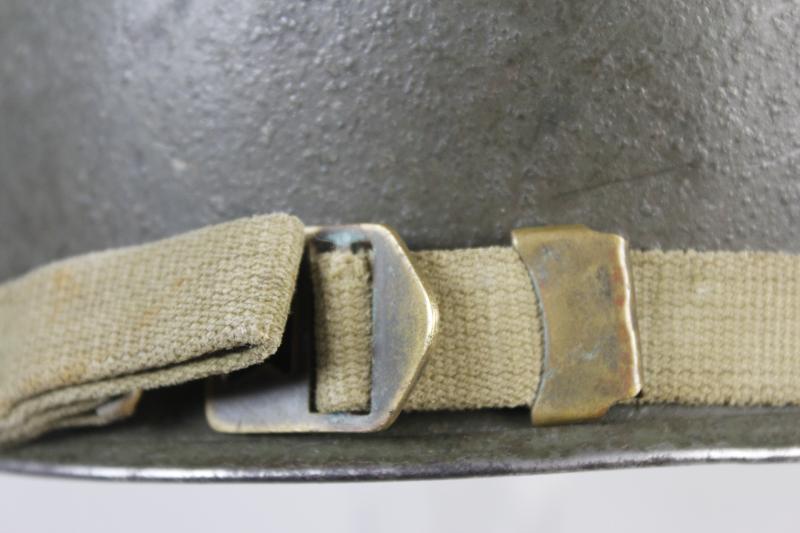 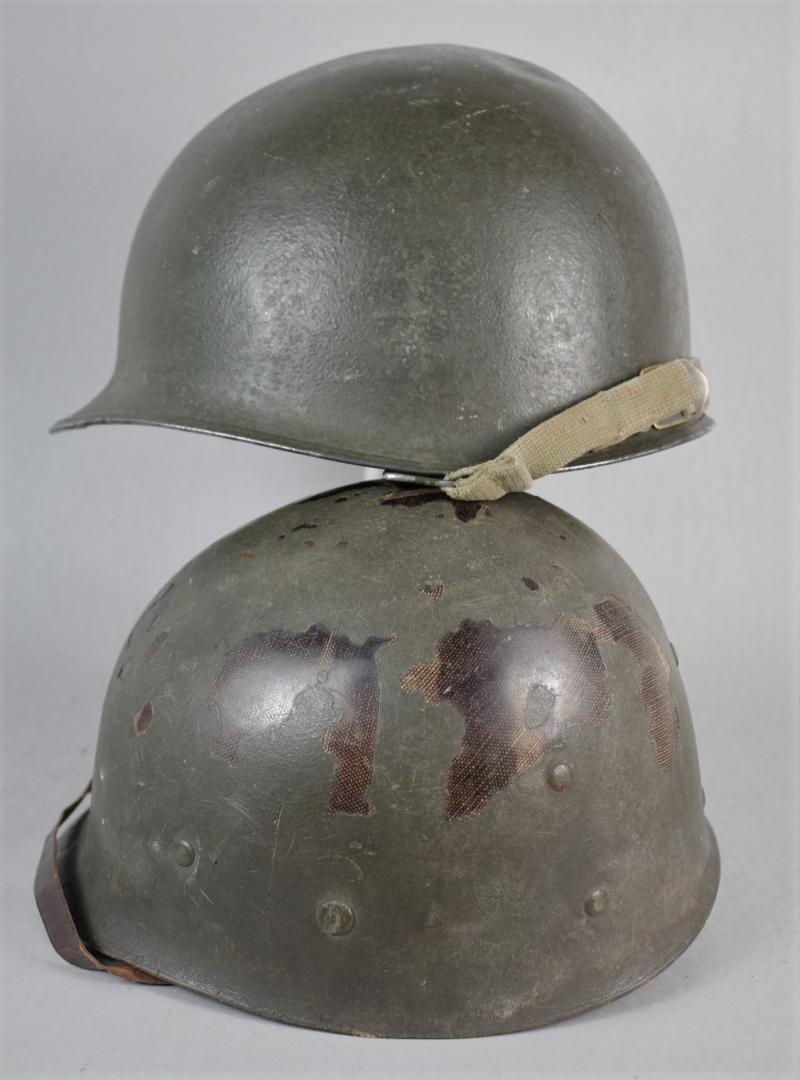 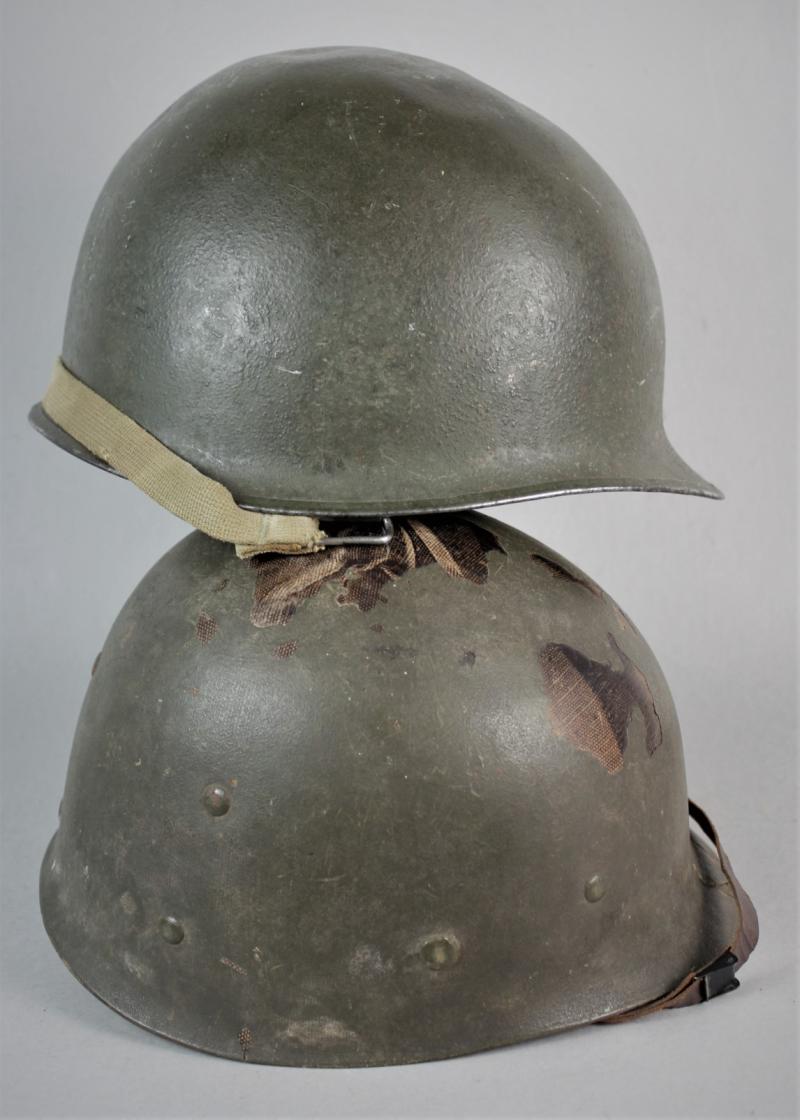 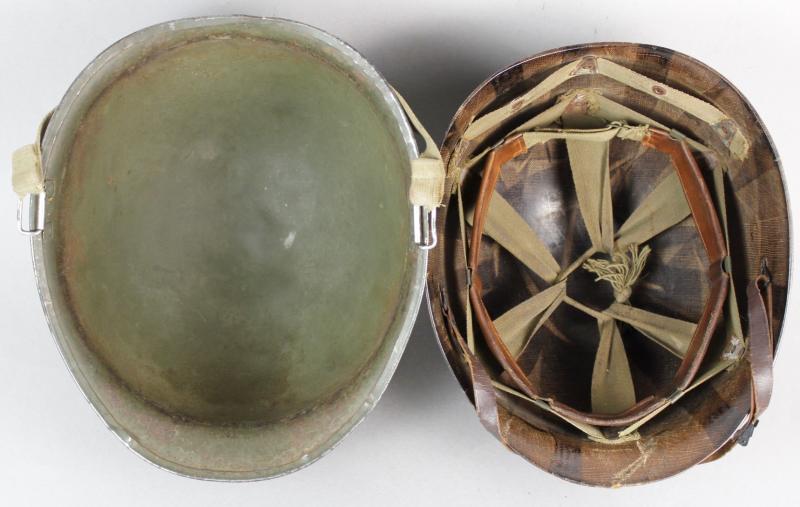 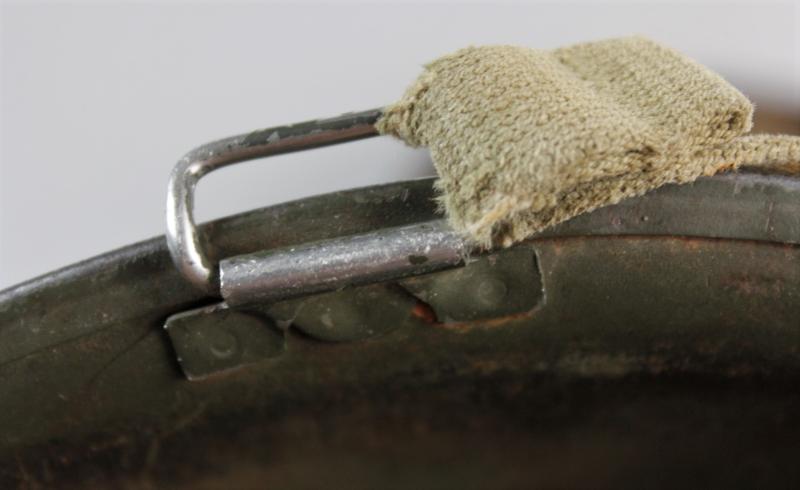 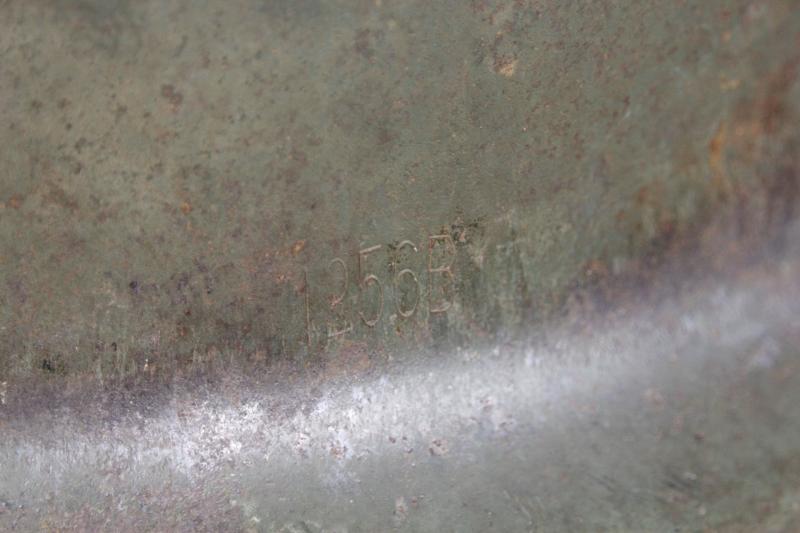 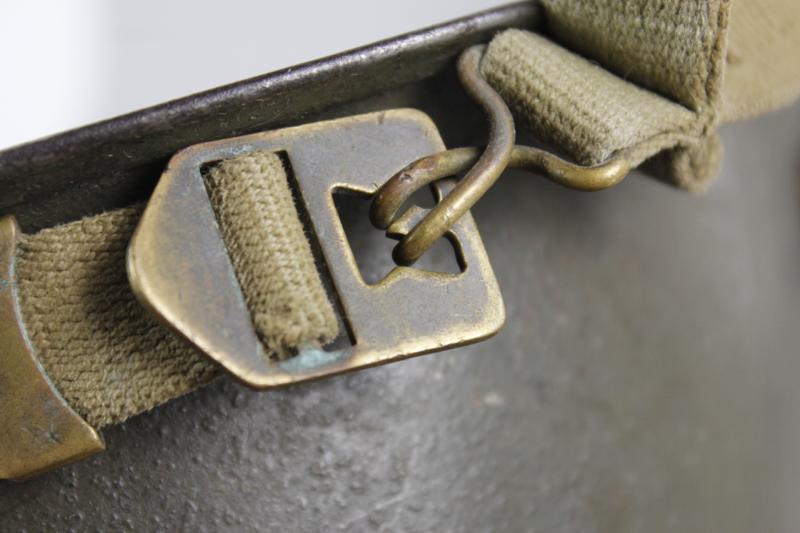 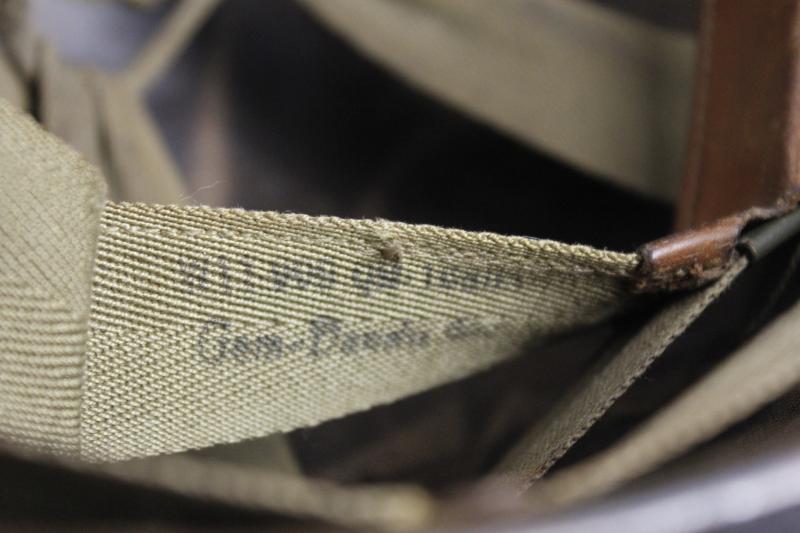 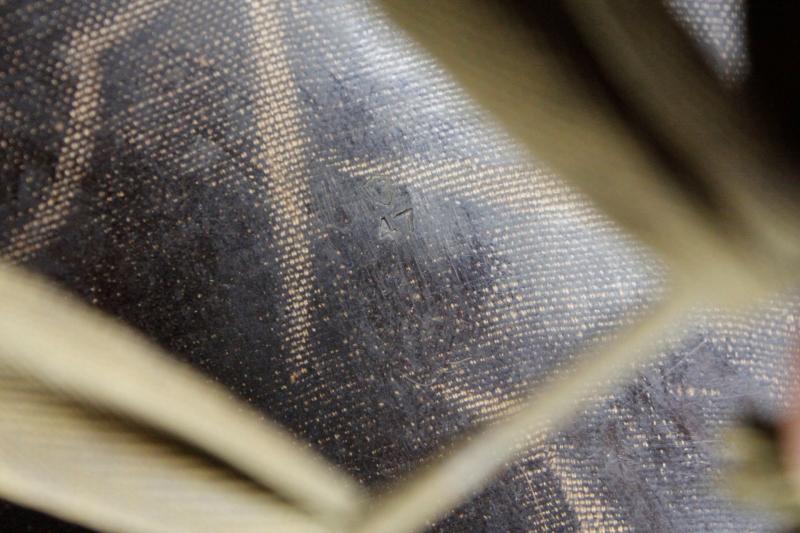 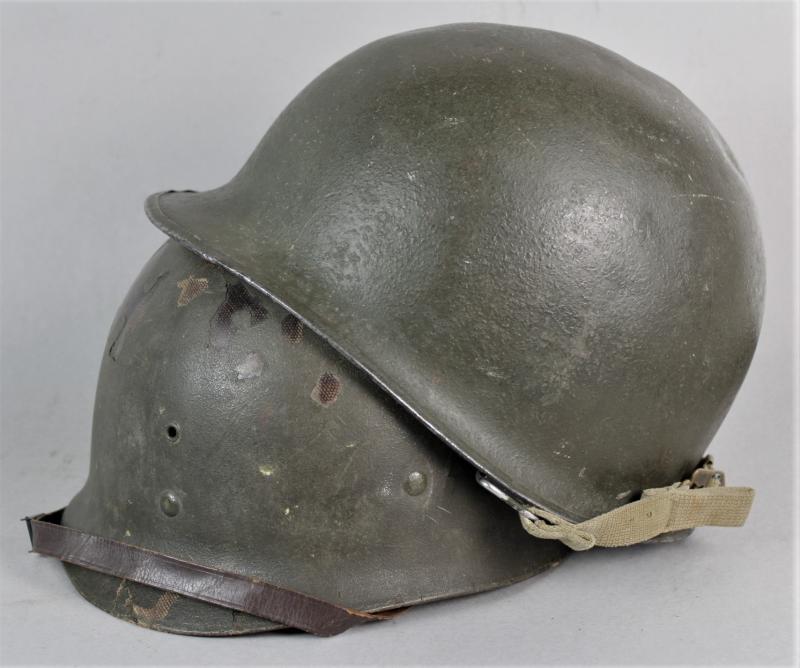 A good untouched textbook example of the late war US GIs M1 helmet with rear seam & swivel bales.
As is well recorded the swivel bale helmets saw service as of November 1943 with the rim of the shell being moved to the rear as of October 1944 so this firmly places its format as that which replacement troops are most likely to have worn in the Belgian Ardennes 1944/45 through into the fighting for Germany . The chinstrap loops are still in stainless steel on this example therefore predating January 1945 when production switched to steel . Its original factory green rough textured Olive Green paint is largely intact with a few minor dents to the crown from heavy service use. Chinstrap buckle is in flat brass with tan webbing , all totally original to the helmet. Liner has original factory green paint & is a Firestone made example with embossed 'F' to interior . The liner band has contract markings for the wartime firm 'Gem Dandy'. The A washers have suffered from some corrosion with general wear throughout & paint chips & scuffs to outer shell commensurate with heavy wear. There is a small 1inch or so break to the front lip of the liner this being surface only & not right through the underside.
Textbook late war helmet !